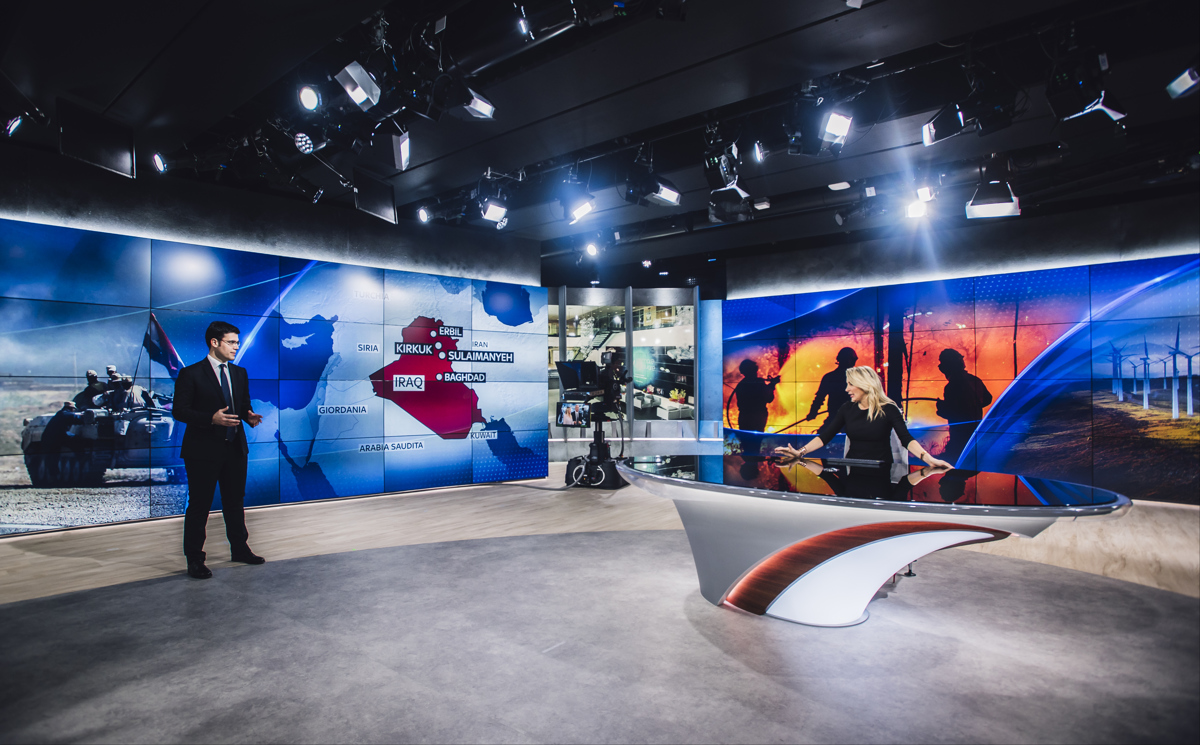 Sky TG24 recently relocated its operations from Rome to Milan, Italy, allowing the network a chance to refresh its on-air appearance.

With the move, the network debuted a 300-square-meter studio (approximately 3,200 sq. ft.), designed by the network’s internal broadcast team.

The team notes that the studio space aims to create a “set-less environment that changes for every news story” with four primary positions, including two anchor desks. “It is conceived to make the reporter in the studio less and less an anchor and more and more a storyteller, guiding the viewer through the news bulletin,” notes the Sky press office.

Along with the two primary video walls, the set includes multiple robotic cameras and an LED screen used for data analysis and backed by windows looking into the network’s newsroom. Sky TG24 is owned by Sky and operates in parallel with news channel Rai News 24, Italy’s only other news network. (Of course, the country also receives international networks like Euronews and BBC World News.)