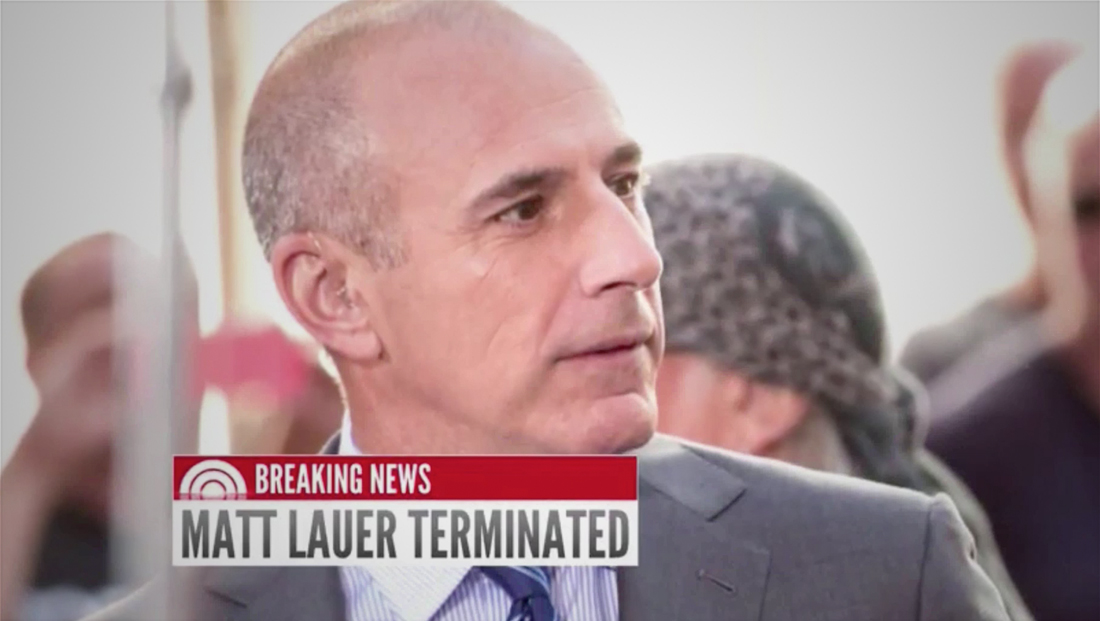 With NBC News firing “Today” anchor Matt Lauer, the show opted to drop both anchor’s names from the show’s open Wednesday morning — just minutes after the announcement was made public.

The last minute announcement left the other morning show scrambling to cover the news as it unfolded live on “Today.”

Anchor Savannah Guthrie briefly teased the story at the top of the broadcast at 7 a.m. eastern time before teasing the other big stories of the day.

The control room then ran an open with a voiceover that eliminated the “with Matt Lauer and Savannah Guthrie,” instead reading “From NBC News, this is ‘Today’ … live from Studio 1A in Rockefeller Plaza.”

Interestingly, the announcer used the show’s normal “upbeat” and enthusiastic tone rather than the more somber alternate version.

After the open ran, Guthrie and Hoda Kotb who was seated in Lauer’s seat, offered an extended statement, which appeared to be at least partially prepared, on the firing of Lauer before awkwardly transitioning to coverage of the North Korea.