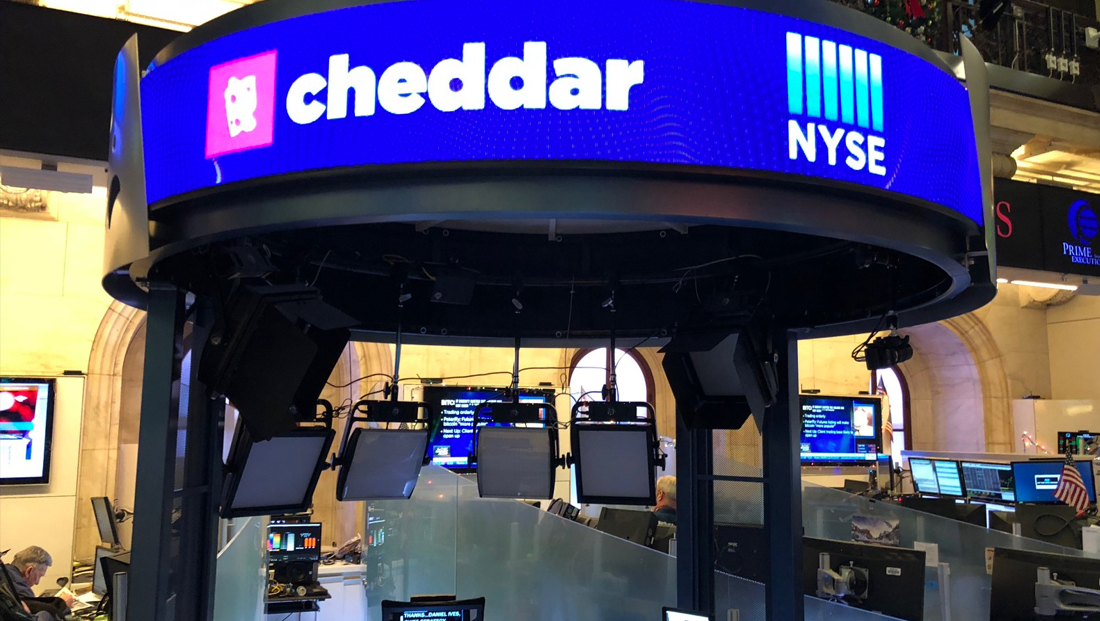 Cheddar, the streaming financial and business network, has traded in the “CheDesk” for “ChedSet” at the New York Stock Exchange.

The new setup, which replaces the desk the network dubbed the “CheDesk,” features a circular canopy with the Cheddar logo atop it that is wrapped in both a curved LED ribbon and metallic panels with cheese-like punch outs. Nestled under the canopy is a compact anchor desk with room for up to four people as well as two cameras. The entire setup is wedged between two curved banks of workstations. The set is also equipped with color changing technology in the anchor desk.

While the primary background that appears on Cheddar is the trading floor itself, the network has the ability to feed its logo to small video panels scattered around the trading terminals behind the booth. ARDA Studio provided the design for the upgraded home.

Ironically, Cheddar’s two shot rather prominently shows CNBC’s NYSE floor set, with the network’s peacock logo visible on the outside of the ring shaped header suspended from the ceiling.