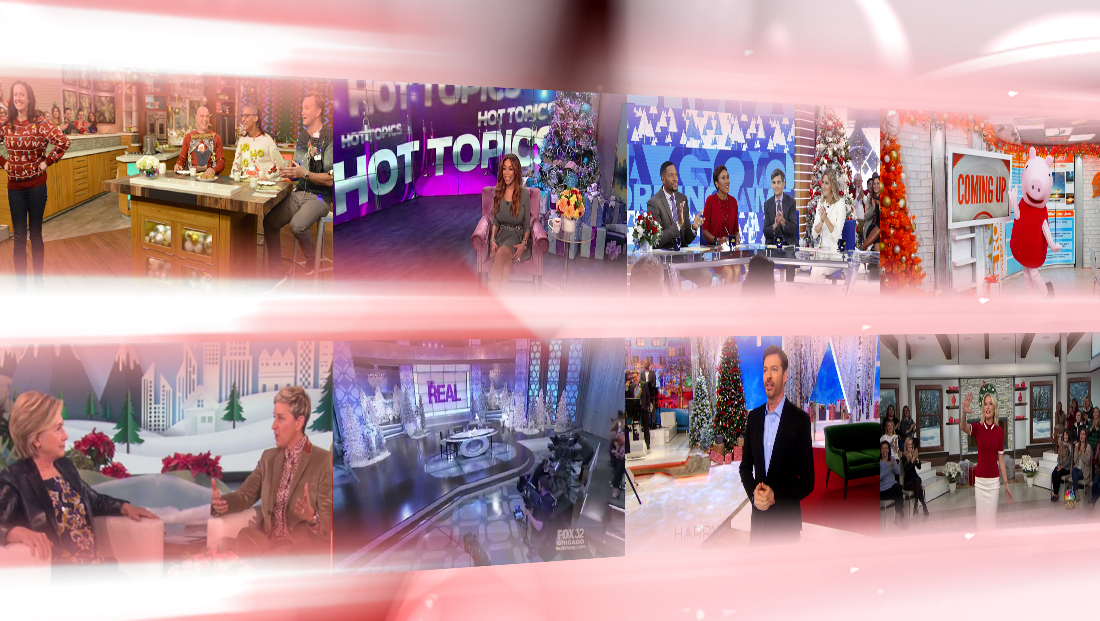 Though the “Steve Harvey Show” that was canceled to make way for the reworked “Steve,” did mark the holiday season over the years it was on the air.

‘Steve’ soars to the rafters with new look

Havey’s new set, which debuted in September, features Christmas trees in the band area, while an assortment of wreaths are hanging from the pivoting panels that Harvey enters through at the top of the show. Other updates include large, blocky gift sculptures behind home base as well as a green tinted version of the show’s logo that also gets dusted with snow in some applications.

Additional Christmas trees and decor are also found throughout the studio.