Does this set come with an airsickness bag? Anchors gag over horrible dip 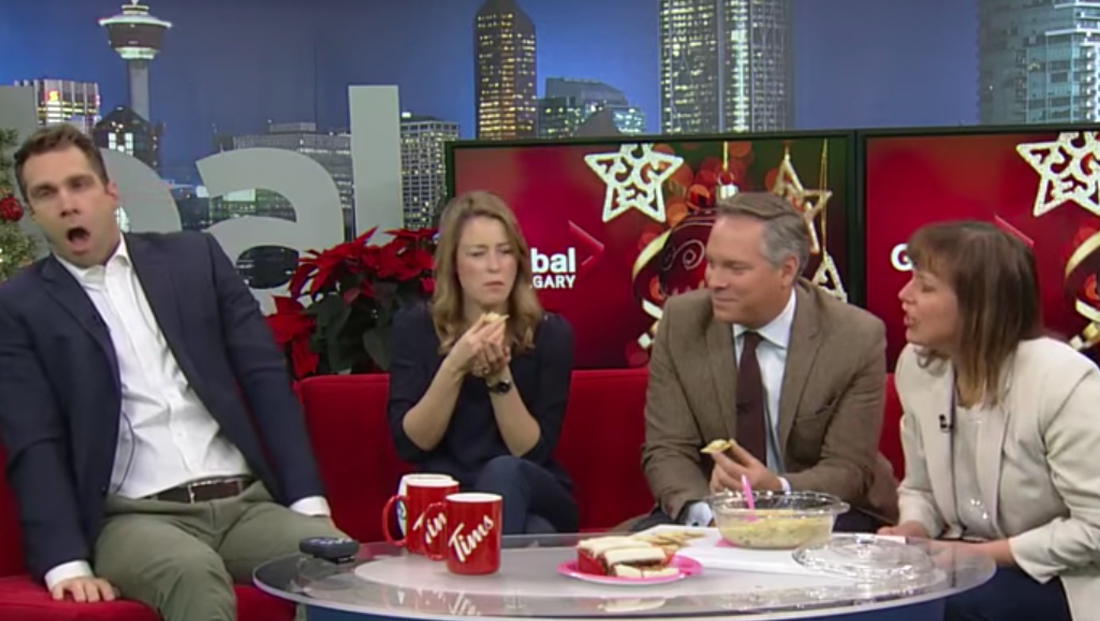 Canada’s Global News Calgary thought it might be nice for its news team to bring in their favorite holiday dishes to try out on air. What could possibly go wrong?

Things started to go south when it was traffic reporter Leslie Horton’s turn to bring in her treat.

In fairness, she did announce her favorite holiday dish is a cake from Safeway — but apparently there was rule it had to be homemade. So, she served up an improvised artichoke dip that the entire team had to try on air.

Meteorologist Jordan Witzel was the first to discover just how bad it was. Seated on the far left of the set, Witzel leaned forward almost as he was going to lose his breakfast on set, but instead grabbed the wrapper from the Safeway cake to spit out the dip into.

“It’s the vinegar,” he gasped.

Horton innocently explained there was no vinegar in the recipe — though she did substitute and orange for lemon and, since she didn’t know what spices to use, opted for celery salt and oregano.

Later, on Twitter, Horton discovered the fatal flaw in her dish (or at least the main one) — pickled artichokes aren’t the best option for making this recipe (at least that explains the mystery vinegar).

Apparently the key is to NOT use pickled artichokes!! @MoonLghtwrkrs