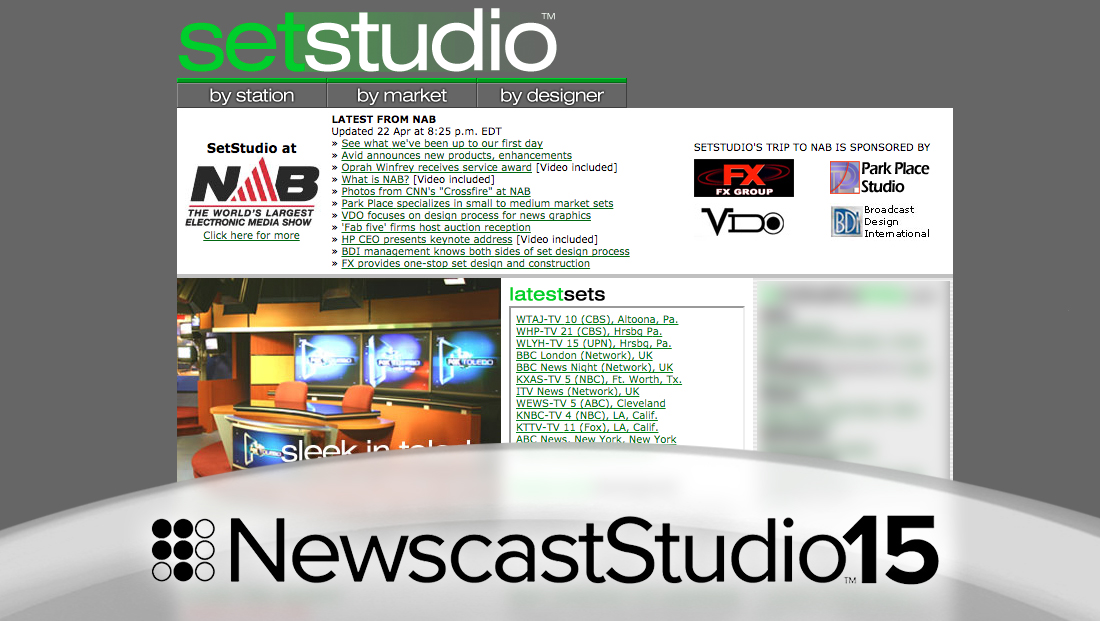 2004 was a key year in the development of SetStudio, the site that would eventually become NewscastStudio — in that it was the year it began sprouting as a business.

Early in 2004, SetStudio was approached by FX Design Group about advertising on the site and we welcomed the firm aboard as our first official advertiser that spring.

Other firms, including current advertiser Broadcast Design International, took notice and partnered with us to sponsor special coverage of that year’s NAB Show. During the show, the site’s homepage, still clad in dark gray and bright green, was updated to include a large banner featuring the sponsor logos and latest headlines from NAB (each page of which had to be hand created). Once NAB ended, the sponsor’s logos remained along the top of the homepage, which also saw a redesign in 2004.

The “featured set” become a graphic with text manually overlaid along with “by station,” “by market” and “by designer” text links below it.

Also added was a scrollable list of the latest set updates that had to be manually updated each time a new set gallery was added.