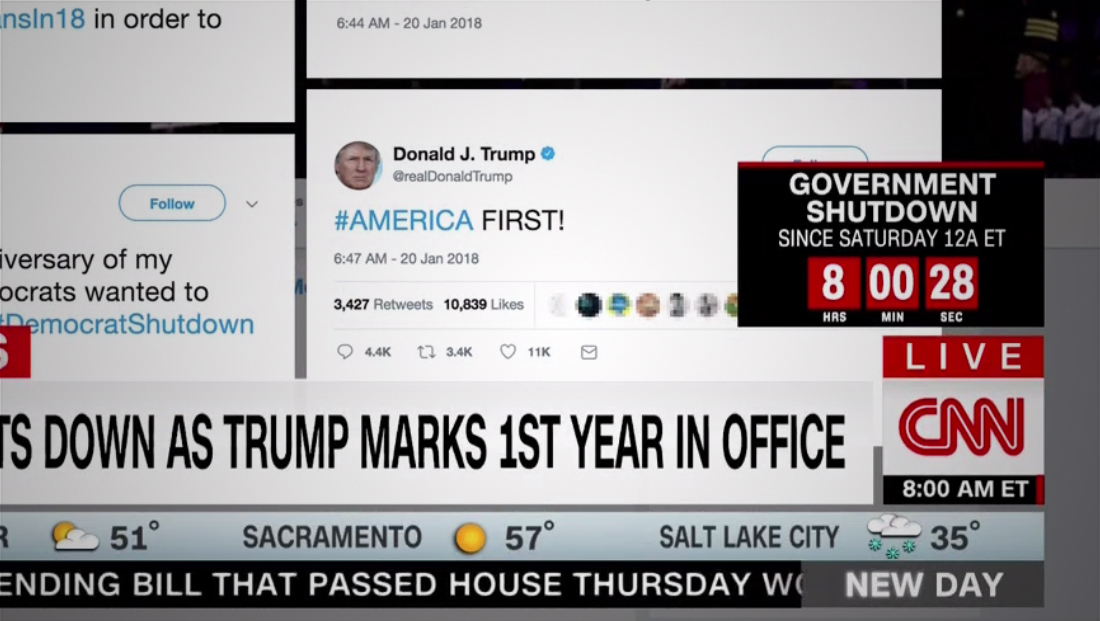 CNN and MSNBC both added “countups” after the government shutdown that started early Saturday morning — with Fox News forging one. CNN added a government shutdown “countup” box with the added explanation of “since Saturday 12a ET.” MSNBC used a design similar to its shutdown countdown, with the numbers counting up, instead of down, just like CNN’s.

The network also added an additional tier to its lower third banner with an American flag motif and narrow “Government Shutdown” text. NBC News’ “Today,” meanwhile, also used a package with a digital clock timestamp chronicling the timeline of events leading up to the shutdown.