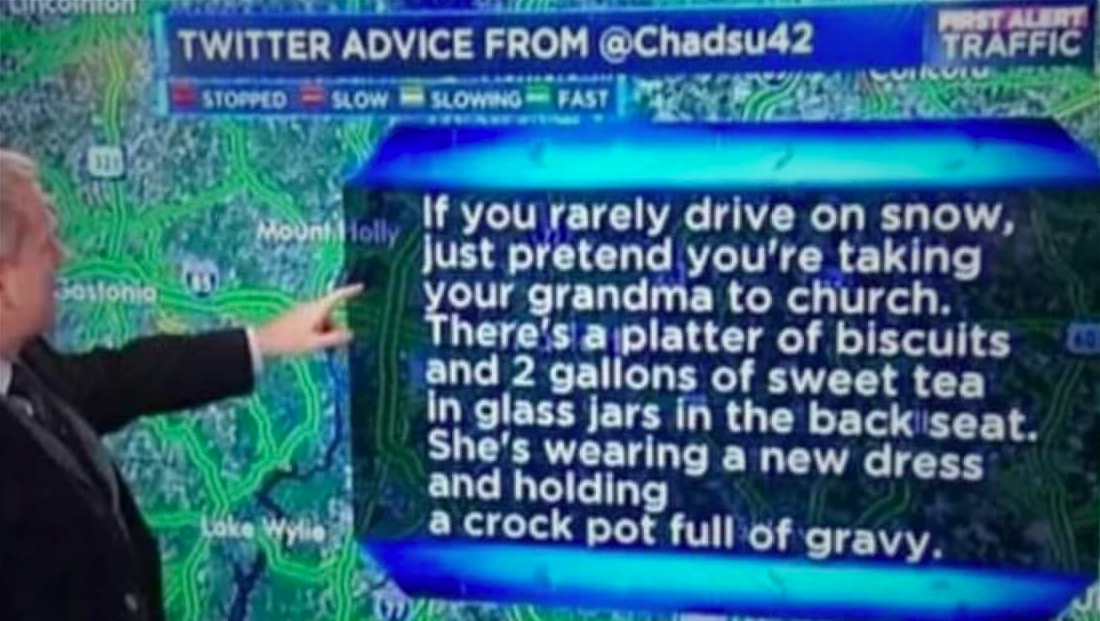 WBTV, the CBS affiliate in Charlotte, N.C., opted to enhance its coverage of the region’s inclement winter weather with a viewer’s highly detailed — and rather entertaining — advice for driving.

The original tip, which was posted on Twitter by someone going by the name Chad Sullivan, was used on Monday, Jan. 15, 2018’s 6 a.m. newscast.

If you rarely drive on snow, just pretend you're taking your grandma to church. There's a platter of biscuits and 2 gallons of sweet tea in glass jars in the back seat. She's wearing a new dress and holding a crock pot full of gravy. @KevinHarned @BGoodeWAVE3

Meanwhile, in other Crock-Pot news:

Crock-Pot speaks out on Facebook about starting a fictional fire on 'This Is Us' https://t.co/HJm57UrZQt #TVNews pic.twitter.com/riwFTf9dTZ