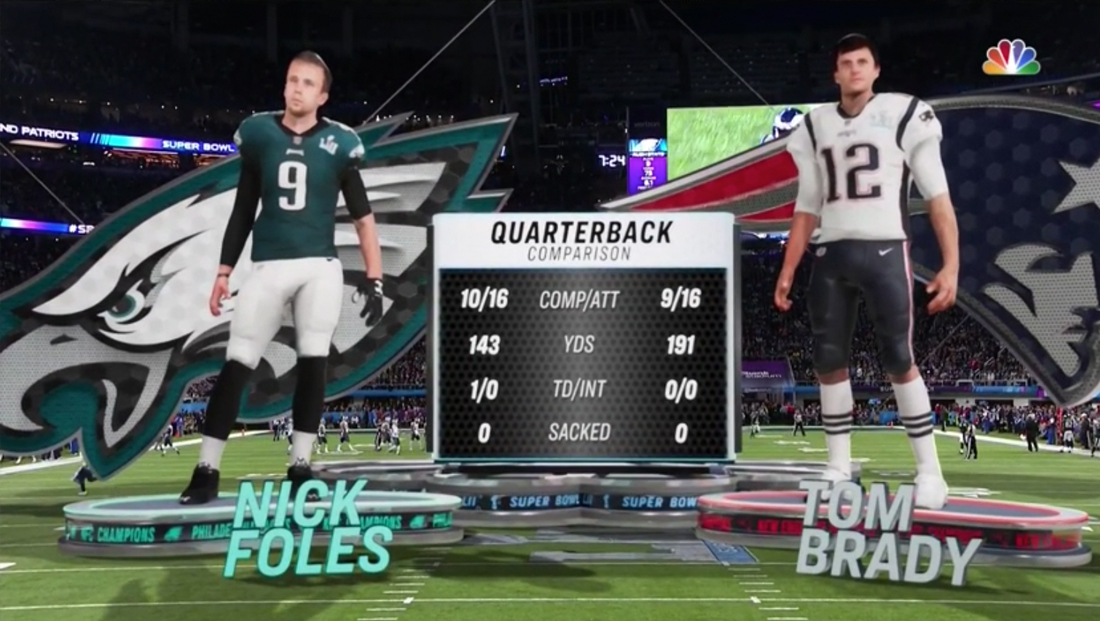 Why NBC Sports made 3D body scans of Tom Brady and Nick Foles for the Super Bowl https://t.co/QEmEACvKNI #TVNews pic.twitter.com/5eAfbweqeX

Those body scans were used to create video-game like full size figures of prominent players from the Philadelphia Eagles and New England Patriots, including Nick Foles and Tom Brady, respectively.

Powered by Ross Video technology, these oversized renderings were inserted over the field, with the figures standing on virtual “stages” and backed with 3D team logos. NBC also used more traditional headshot style video clips of players, also seated atop a stage-like platform, along with live video feeds in the time leading up to kickoff.

As each player said his name and alma mater, a bright burst animation made the headshots change.