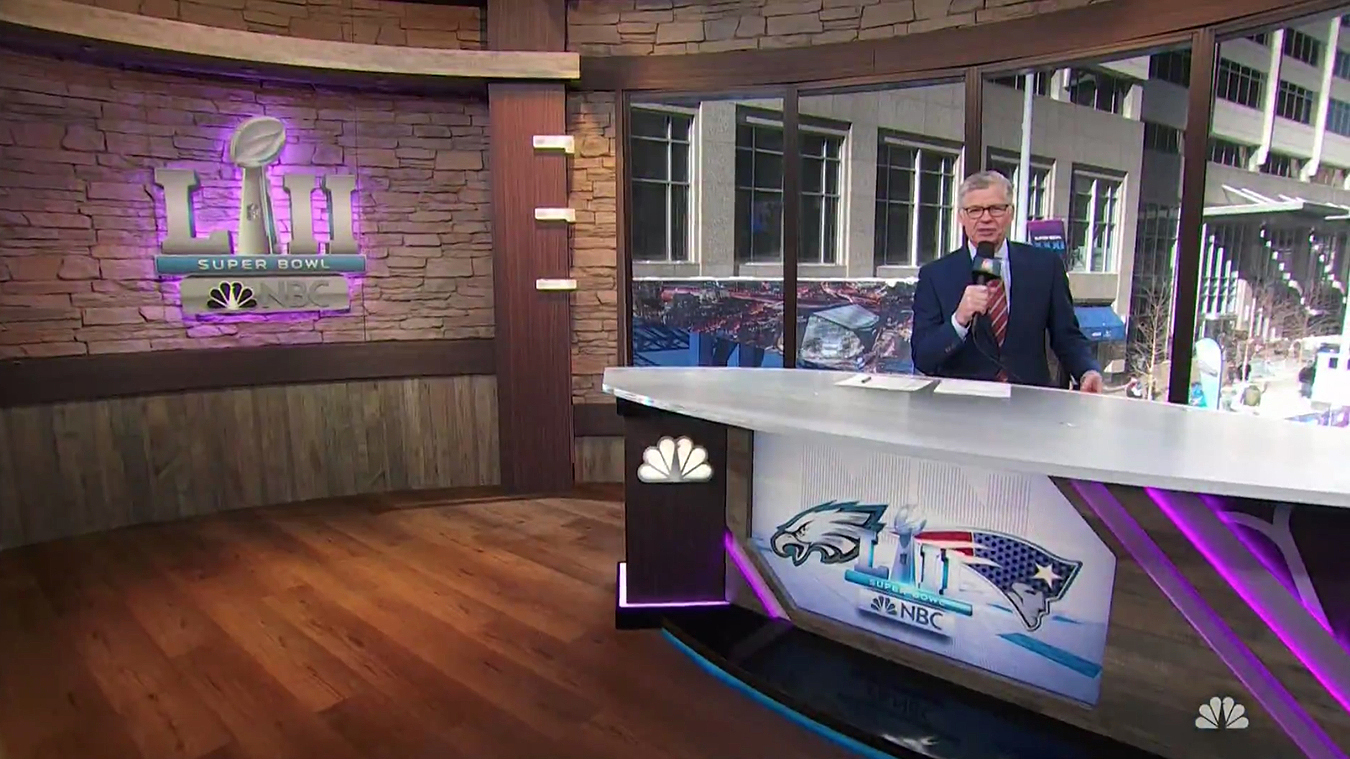 This area was fronted by a cutout 3D Super Bowl logo to provide unique jib options on bumps and tosses. Next to this main area was a secondary setup for “Football Night in America’s” Coach’s Clicker segment, which included a large standing desk and touchscreen. On the field, NBC used a simple desk for the final hour of pre-game coverage.

On top of these four primary locations, NBC also had a presence at the official pregame tailgate party, where stars from shows like “This Is Us” would drop by to chat.

Innovative Show Design provided design and fabrication of the various setups with lighting by The Lighting Design Group. “Saturday Night Live’s” Geoff Amoral also served as lighting director on some of the interior sets.