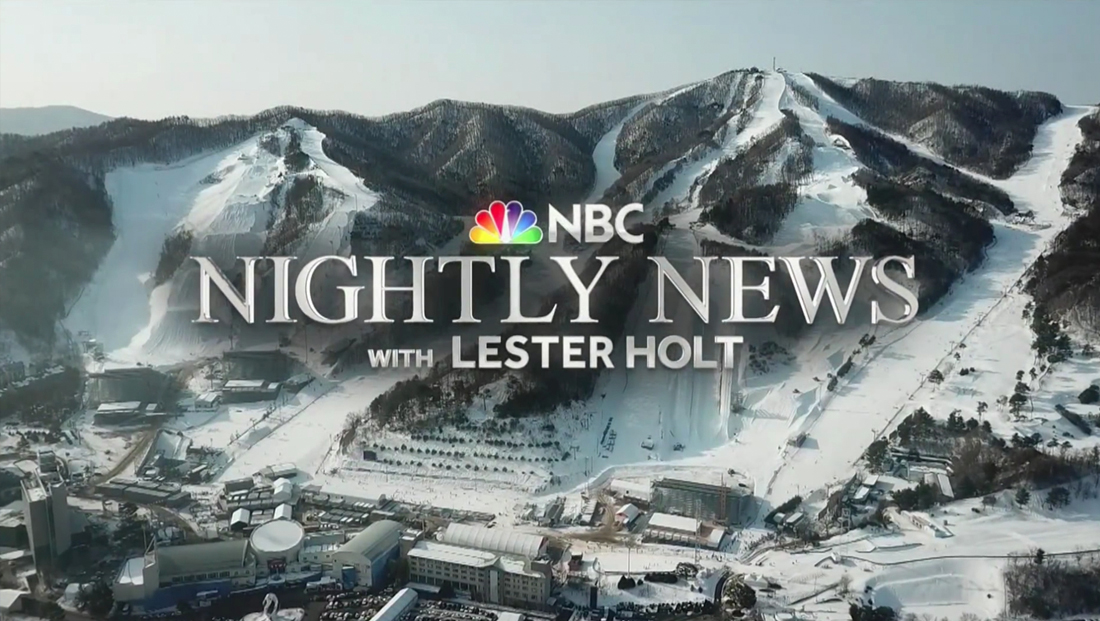 In keeping with the shortened open the network phased in during October 2017, the new open features the announcer saying “This is ‘NBC Nightly News’ with Lester Holt.”

After the tease headlines read by Holt, the network’s PyeongChang 2018 logo appears on the screen set over a colorized snowy mountainscape before a burst of snowflakes serve as a wipe to expose the broadcast’s normal logo, which appears over an aerial view of Olympic venues.

Next, a fan-like wipe inspired by the shapes in the logo transitions to another aerial view with the logo in a box in the lower left. Holt, then begins the broadcast, which is utilizing a small, standard broadcast booth space high in the International Broadcast Center. In the background behind Holt, ski lifts and slopes are visible, as well as snowy tree covered hillsides. Many stories are accompanied by the broadcast’s standard OTS.