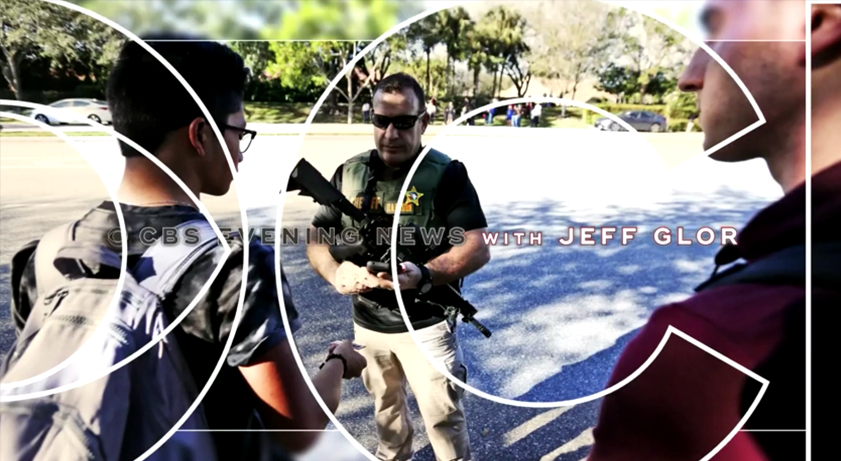 All three of the network newscasts lead with and offered extended coverage of the Florida school shooting on their Wednesday, Feb. 14, 2018 editions. “NBC Nightly News,” which is originating from PyeongChang, South Korea in conjunction with the network’s coverage of the 2018 Winter Olympics, used its normal Olympics open before cutting to anchor Lester Holt with an OTS reading “High School Shooting.”