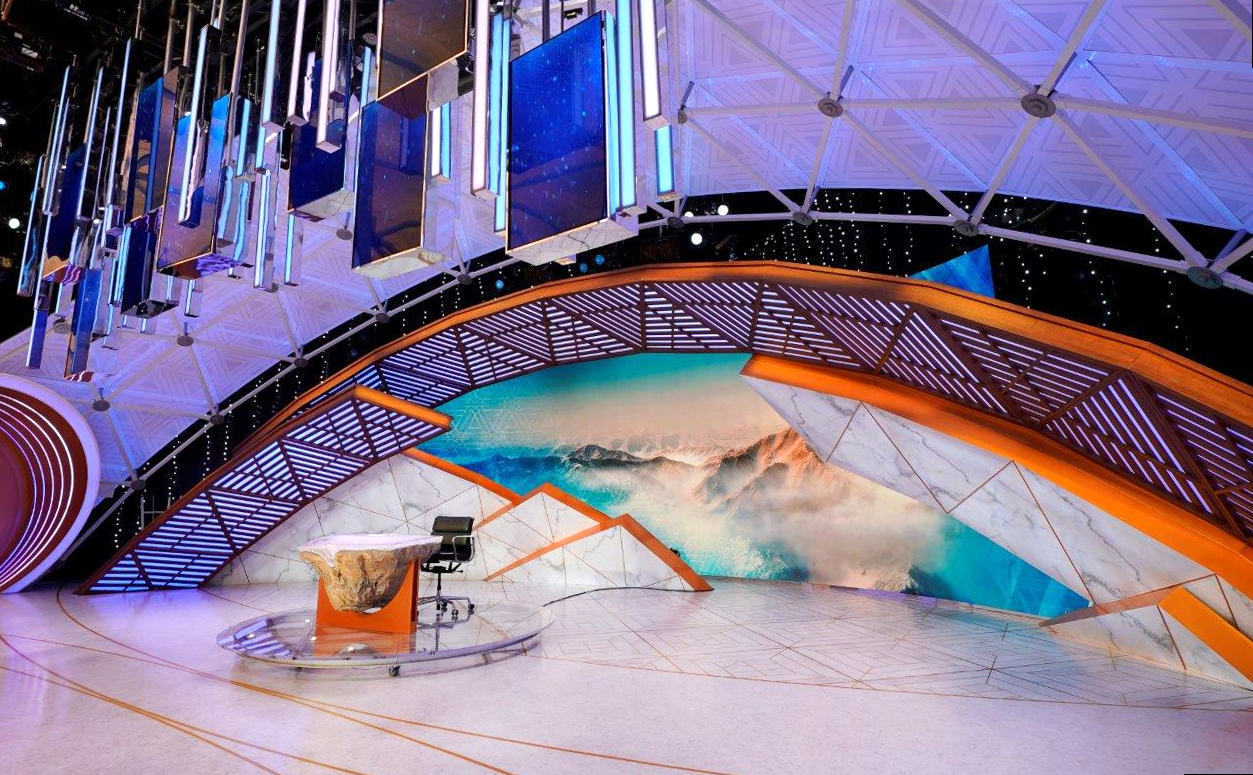 Technology, on both a small and large scale, played a huge role in creating a high impact storytelling environment.

“The Olympics are filled with stories: triumph and heartache, perseverance and grit. These stories need to be shared and the technology helps us do that,” said Higgason.

Like his work for NBC at the 2016 Summer Olympics in Rio de Janeiro, Brazil, a combination of both traditional and nontraditional video walls and panels are used to create animated backgrounds but also carefully crafted topical and branded graphics.

Just like the unexpected shape of the “Sugarloaf” wall in Rio’s main studio, the primetime studio in South Korea incorporates video surfaces from Leyard in unique ways that are brought to life thanks to a close collaboration between Higgason and NBC’s graphics team.

For PyeongChang, the triangular pattern created the footprint of one of the primary video walls in the studio — in this case creating a wide span of LED tucked behind angles of hard scenery. “Over the course of the games, we want to provide multiple interesting options to help share the stories, set the stage for competition and report the results. The NBC Olympics graphics team are very creative and we work well together to help the technology come alive,” said Higgason.

The studios also featured multiple integrations of color changing LED technology, creating an efficient way to shift mood and add variety to the on air looks between dayparts and broadcasts.

The LED lighting, from The Lighting Design Group, is engineered with multiple areas of control that allow for both solid colors and gradients, giving producers a palette of colorscape options to use over the 17 days of coverage. The region’s mountainous and wintery landscape were also incorporated throughout the design.

Inside the dome in Studio A, subtractive elements allows what appears to be natural rock formations to peek through — almost as if the studio is actually built directly inside the bedrock of a mountain rather.

“Creating this rock texture was a pretty straightforward process in theory, but it was a laborious task,” said Higgason.

The rock wall is constructed using heavy foam applied to standard flats. The foam was carved and ground to reflect the texture and formations the design team discovered in its research of the geology of the area before being painted and sealed. To add texture and highlights, imitation snow was added to interplay with carefully crafted lighting design.