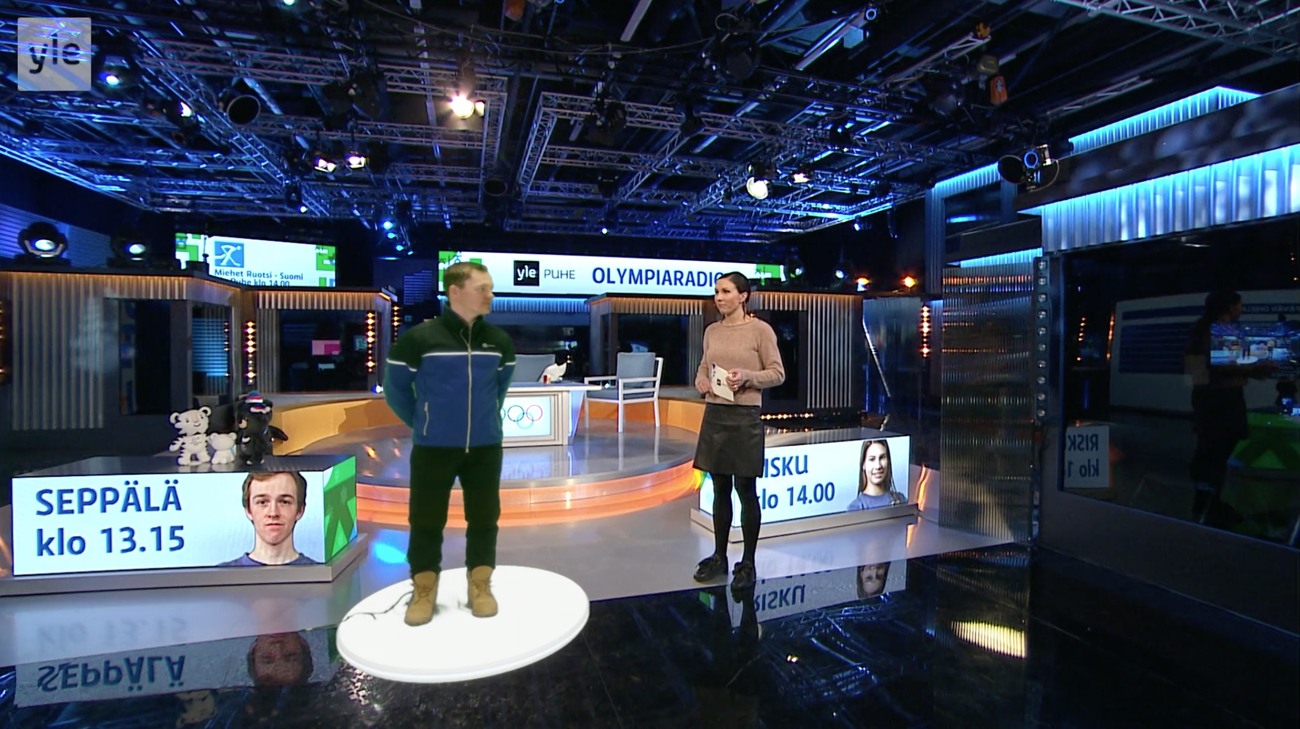 Reminiscent of CNN’s hologram technology from the 2008 United States Presidential Election, Finland’s YLE has beamed their Olympic commentators back to Helsinki for studio debriefs.

Using technology from Keho Interactive with rendering through the Unreal Engine, the talent in PyeongChang stands on a chromakey with a series of cameras. This motion capture data is then sent to YLE’s Finland studio where augmented reality virtually inserts the wayward talent alongside the live talent in studio.

YLE has brought a team of about 70 to the Olympics with NEP Finland equipping the network at the IBC. Along with the live event coverage, the network is also broadcasting a nightly entertainment show, “Korea Tunnissa,” about the games which features a recap of top events alongside interviews, cultural segments and gags.