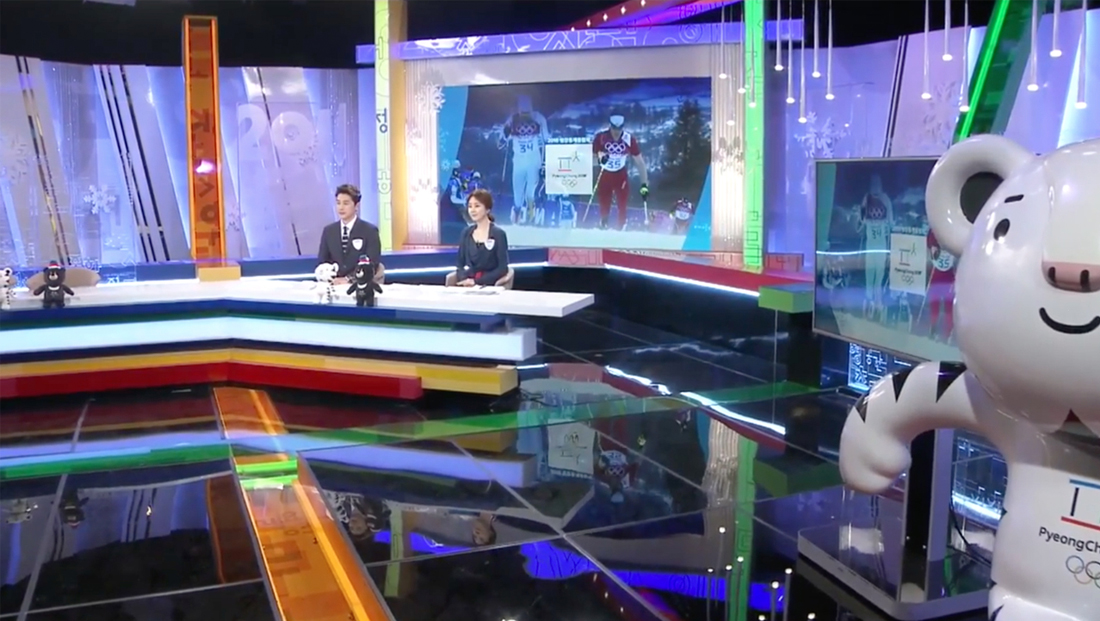 In addition to Korean broadcaster KBS’s skybox style studio, the network also has a secondary set inside the IBC and a dramatic open that combines a snowy look with colorful ribbon accents.

KBS’s (한국방송공사) open combines unique views and angles of a variety of Olympic athletes racing by the viewport. Near the end of the open, blue and red ribbons flutter by.

That colorful, ribbon-like motif is carried through to the network’s main broadcast studio in South Korea, mainly in strong vertical and horizontal bars in the colors of the Olympics rings that create the framework for the set’s walls, footers and headers. In addition to these colorful elements, the set features white and pale blue angled wall elements with frosted panels and snowflake accents.

The angles in the wall coverings are mirrored in knee the studio’s colorful knee wall that meets at a point under the studio’s main video wall background, as well as the anchor desk itself, which is a wide, obtuse angle.

Another key part of the studio are both plush and larger figurines of Soohorang and Bandabi, the PyeongChang 2018 mascots as well as minimal pendant-style fixtures.

The network’s graphics incorporate a blend of wintery colors and scenes as well as a splattering of 3D Korean letters rendered as icy, blocky figures