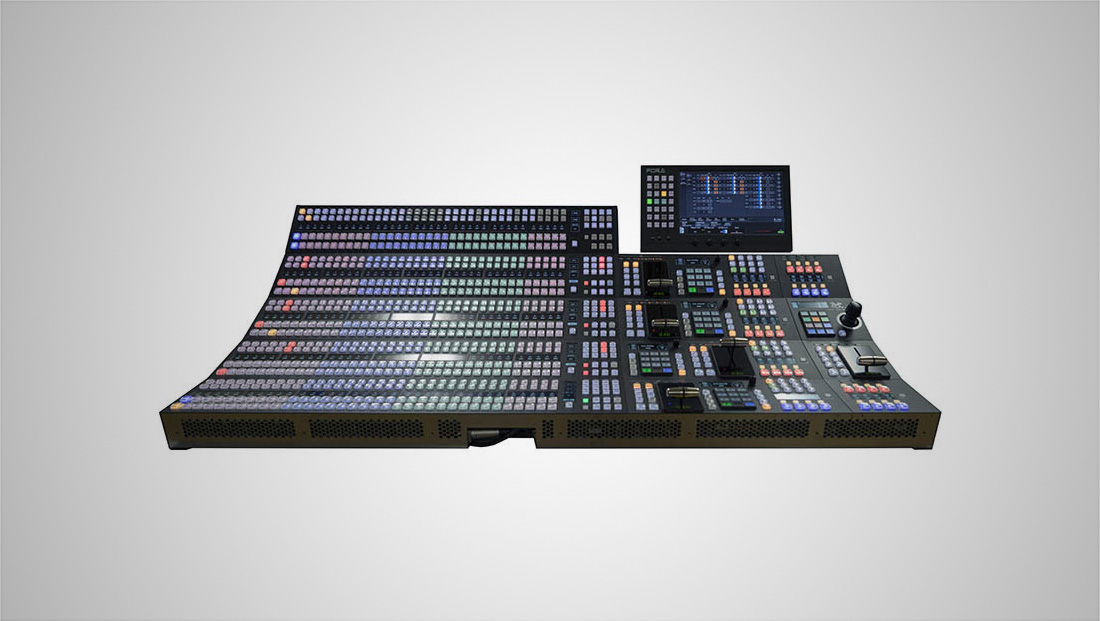 FOR-A’s booth will place an emphasis on 12G supported products and solutions that integrate baseband and IP for a wide variety of applications, including live studio and sports production environments.

The company will also showcase its commitment to developing technologies that support UHD resolution, high dynamic range and wide color gamut, as well as various codecs. FOR-A will exhibit in booth C5117 during the show, which takes place April 9-12.

“FOR-A is looking forward to showcasing its latest innovations and wide variety of solutions, and to giving NAB attendees an idea of just how well our products integrate with one another to provide a complete end-to-end system,” said Takaaki Imoto, senior general manager of the company’s overseas sales and marketing division in a statement. “From video switchers to signal processors, and graphics solutions to virtual studio systems, FOR-A offers a comprehensive line of technologies for every part of the production process.”

The latest in FOR-A’s long line of Hanabi video switchers, the HVS-6000 offers 4K support, maximum 48 input and 24 output in 12G, and future-looking scalability to users looking to transition to 8K further down the line.

The 2 M/E HVS-6000 offers frame synchronization, frame buffer, 3D DVE, and 4 keyers per M/E with DVE function plus 4 DSKs. The new solution will be shown in the booth’s video switcher area alongside its existing 4K supported units, including the powerful HVS-2000, which offers the performance of a 7 M/E switcher; the compact, affordable HVS-490; and the HVS-100, which offers exceptional performance in a portable unit.

In its 12G/IP technology area, FOR-A will showcase its entire USF-Series of universal systems frames and introduce the USF-106UDC-12G 4K up/down converter – which offers Interlace/Progressive and up/down conversion for a range of signals from SD and HD to 4K.

Other new solutions in this area will include the MFR-6000 SD/HD/3G/6G/12G router with a matrix of up to 144 x 144 and MBP-1000VS-12G/IP 4K video server, which offers multi-input/output 4K and HD support and ingest, playout and 4K recording functionality.

Another solution to be shown in this section is the InSync MCC-4K motion compensated converter – a cost-efficient hardware-based unit that offers conversion from any 3G/HD-SDI frame rate to any other 3G/HD-SDI frame rate, as well as up/down conversion to and from 3G/HD and UHD. The high-quality unit is ideal for live broadcast environment and also offers support for quad link 3G-SDI of two-Sample Interleaved or Square Division format, as well as single link 12G/6G-SDI and SFP connectivity.

FOR-A’s NAB camera stage booth area will feature the FT-ONE-LS-12G high-speed full 4K camera – which supports full 4K shooting in maximum 500 frames per second (fps) or up to 1,200 fps high frame rate shooting in full HD resolution, offers the ability to independently move the camera head around to capture the next crucial shot, and features simultaneous output of live and super slow-motion video.

In its virtual system area, FOR-A will be demoing the VRCAM-NX sensorless virtual studio system and Brainstorm Infinity Set advanced virtual system. The FVW-700-4K 4K/HD telestrator will also be showcased in this area.

The FVW-700-4K enables users to annotate and draw on video using a touch-screen computer monitor or wirelessly connected tablet, and the unit recently began shipping.