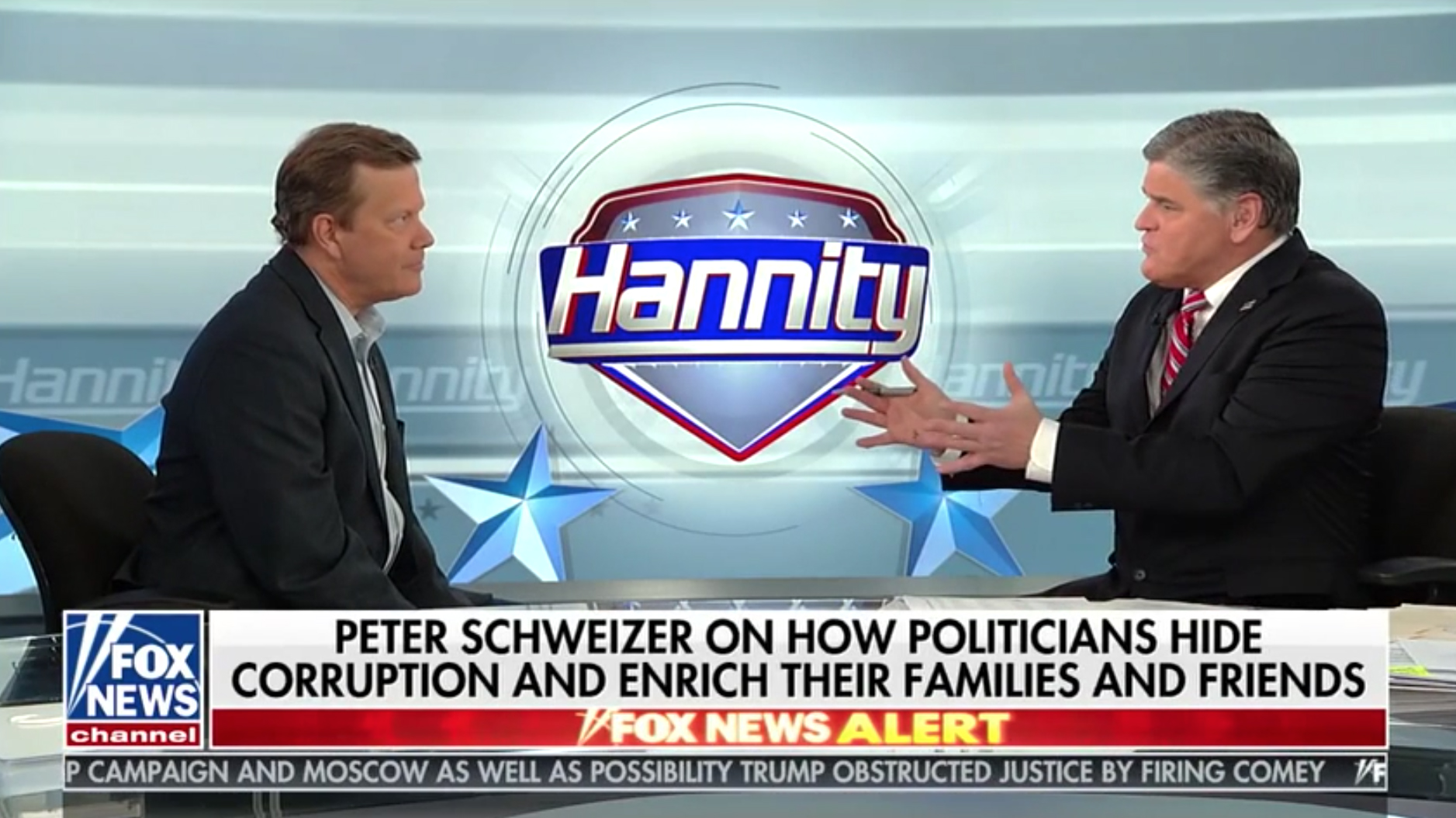 Fox News‘ “Hannity,” which previously originated from the network’s Studio J, has moved — at least temporarily, into Studio F.

Studio J has been temporarily shuttered as it undergoes renovations, which displaced Sean Hannity’s namesake show and the network’s “America’s Newsroom.”

While “America’s Newsroom” moved to the network’s new newsroom studio, “Hannity” switched over to Studio F.

In Studio F, Hannity appears in front of the studio’s seamless video walls with the same soft, subtle looping background behind him that was used in Studio J. For in studio interviews, Hannity’s one shot switches to show the small work area located in a glassed-in alcove of the studio with a video wall displaying a control room loop, while the two shot has a large version of the show’s logo between him and his guest.