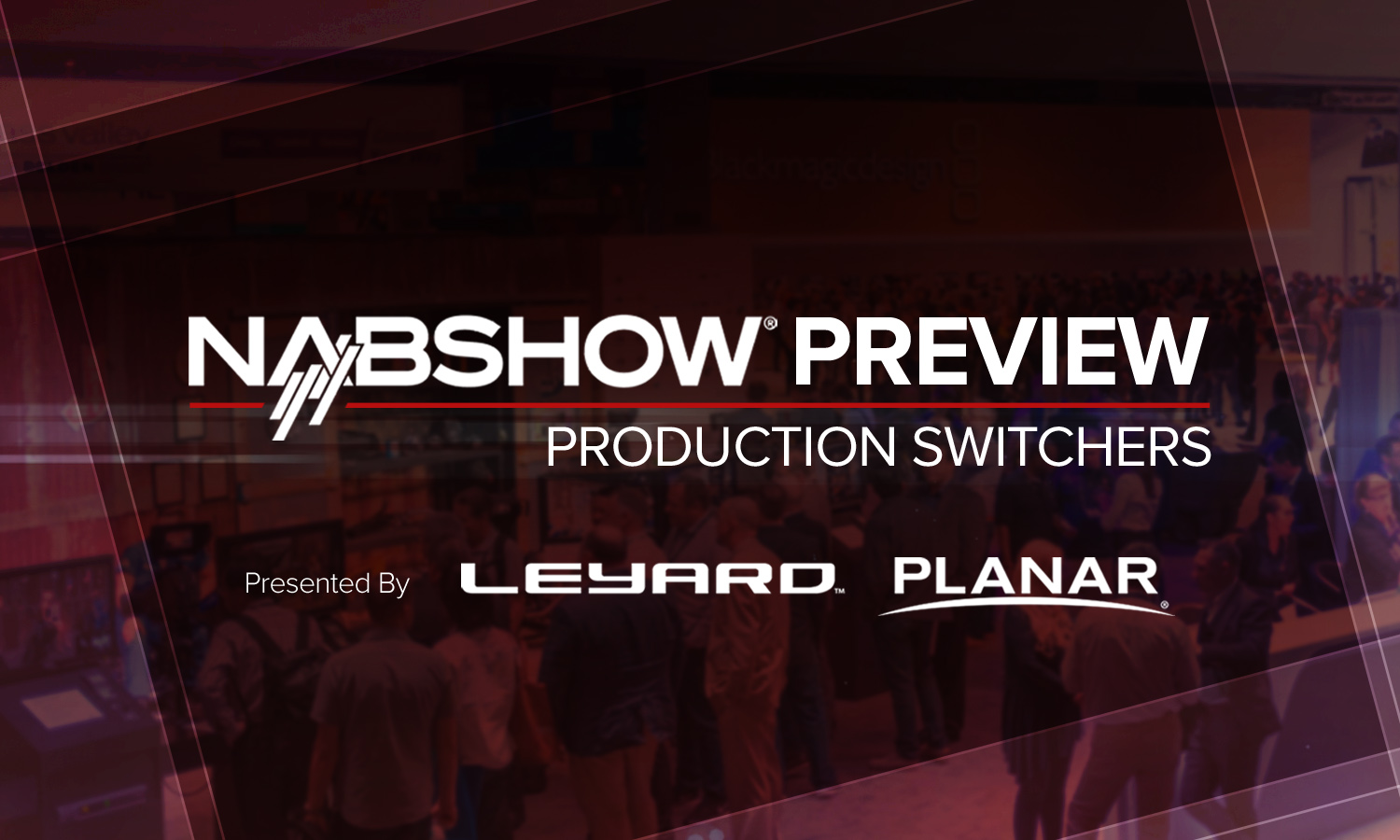 This guide covers production switchers. From small streaming operations to enterprise clients, this list includes an assortment of companies who can help.

Blackmagic Design will showcase a range of new broadcast cameras this year at NAB along with new ATEM switchers.

EVS will highlight new updates to its Dyvi line of software-defined production switchers during NAB.

Grass Valley will highlight new products and update at NAB along with the integration of the Snell Advanced Media (SAM) product line, such as the Kula andKahuna switcher.

Located in a new position this year, Ross Video will highlight new updates to Carbonite, Acuity and a new self-contained switcher known as Carbonite Black Solo 13, boasting 13 inputs and 6 outputs.

NewTek’s NAB Show highlights include the NDI PTZ1, a production ready PTZ camera, along with the NewTek Connect Spark. Of course, NewTek will also showcase a range of updates to its switcher lineup.