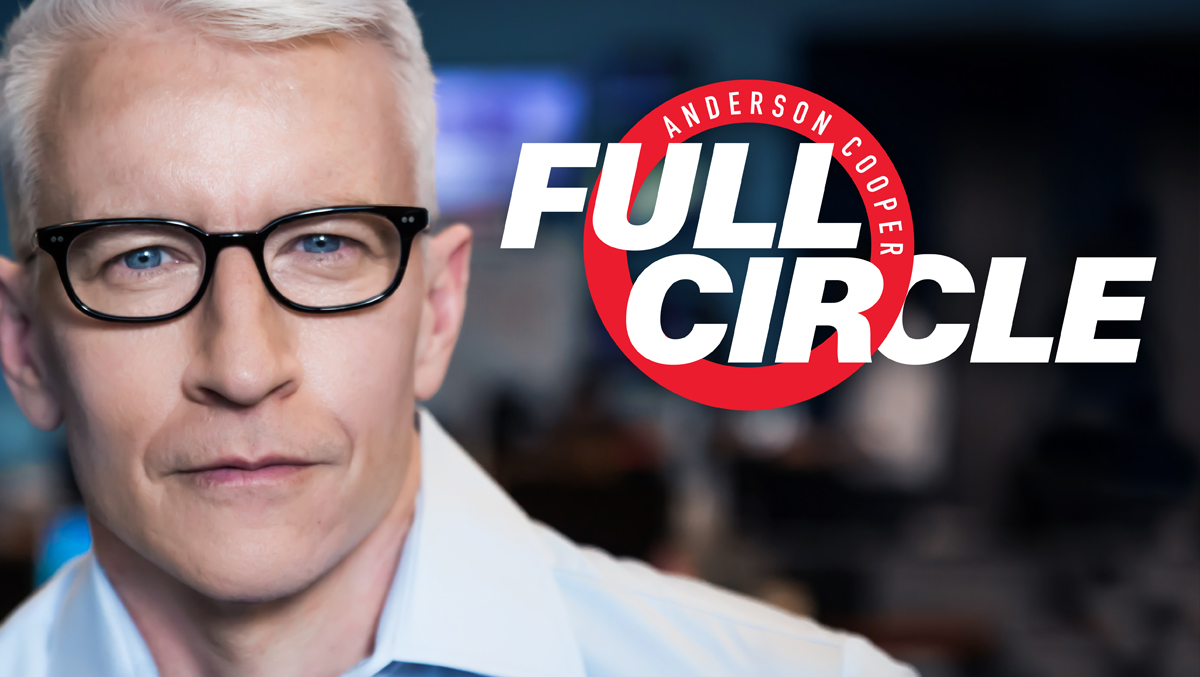 Engaging directly with the audience, CNN anchor Anderson Cooper, along with a roster of CNN talent reporting from around the world, will deliver insight into the daily news stories that Facebook audiences care about most, leveraging the interactivity of the platform to inform each evening’s lineup and engage a new generation of consumers.

The show already has a Facebook Watch page and has released a typography-centric trailer.

The name is a not-so-subtle reference to Cooper’s “Anderson Cooper 360” show on CNN proper.

For the broadcast, CNN has created, quite appropriately, a bold red circular icon with the words “Full Circle” in a bold, italic version of CNN Sans with portions of the letters tucked behind the ring.

Cooper’s name is in the upper right quadrant in generously spaced, condensed type.

Cooper will interview the most significant names in news, media and entertainment, and bring the audience directly into the conversation through live polls and integrated conversations. The live show will be separate but complementary to Cooper’s “AC360” that airs on CNN weekdays at 8 p.m. eastern, and will be exclusive to the Facebook Watch platform. The interactive program will broadcast live from the “AC360” New York City newsroom in mobile-friendly vertical video.

CNN, however, appears more confident with the Facebook Watch platform, while also switching to a more personality-driven strategy for its upcoming “Full Circle” social media newscast.

“We’re excited to expand our partnership with Facebook and open up a new avenue to reach our audience. The launch of Full Circle on Facebook Watch helps to address two key concerns that CNN and other publishers have voiced to Facebook over the past several years,” said Andrew Morse, CNN EVP and general manager of CNN Digital Worldwide in a statement. “First, Watch will provide Facebook users with a curated experience featuring quality sources of news. Second, the program is a sign Facebook is willing to attach real value to premium content and quality journalism. Because of that, we are optimistic about future revenue opportunities.”