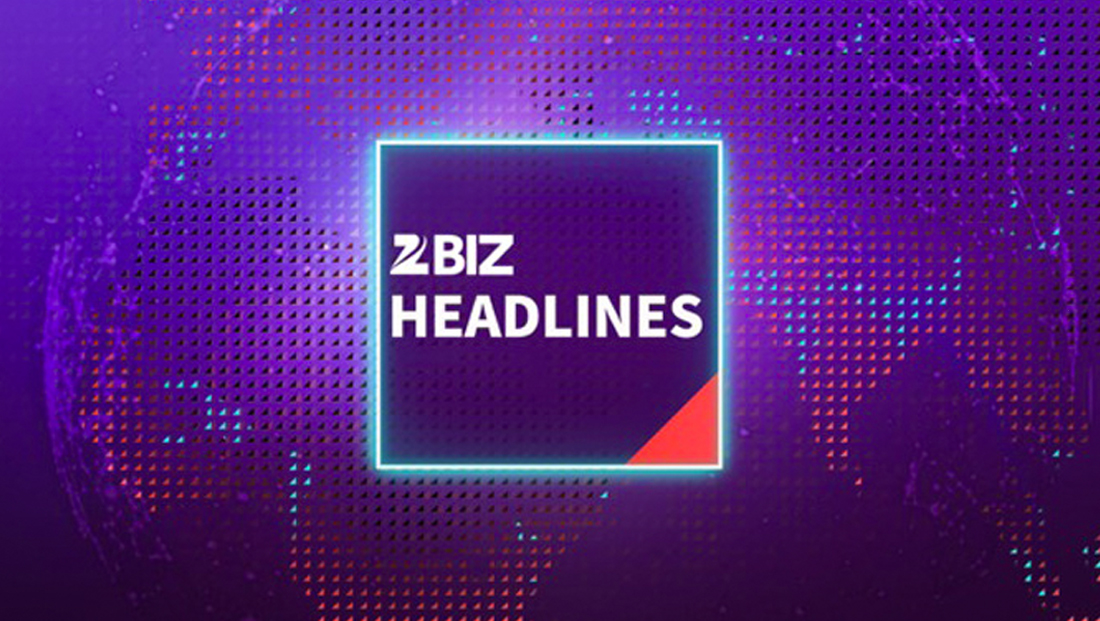 As a base for the new look, agency Flint Skallen created a square with a coral triangle filling the lower right corner, while, in the upper left corner, the corner of the square “points” in the opposite direction, two design decisions meant to symbolize the idea of opportunity and the up and down of the markets.

The angle also draws on the strong diagonal line in the letter “Z,” which is used as a secondary logotype icon throughout along with the shortened name “Z Business.”

The triangle shape appears throughout the package — though in a much smaller form — to create a variety of pixellated background textures against a rich violet background. For example, the breaking news graphic features an abstract globe background that blend violets and corals. The design is a slightly intensified version of the network’s “headlines” title. For business news, a labeled map of the world has an electric blue shade added in. For the “stock segment” opens, the stacked triangles transform to bar charts. An alternative interpretation of the graphic is seen in the “stock market” title, which uses a radial array of bars with pointed ends and a smattering of triangles mixed in. Another alternative to the triangle, this time thin outlines of attached polyhedrons, is incorporated into the “feature” title. The angle of the triangle, as well as coral triangles pointing in opposite directions, are also found in the network’s lower thirds, which include options for headlines, weather, current market conditions and identifiers. In addition to the use of typographic animation, the package also includes clean looks for data display — such as this bold bar chart with a subtler triangular pattern in the background.