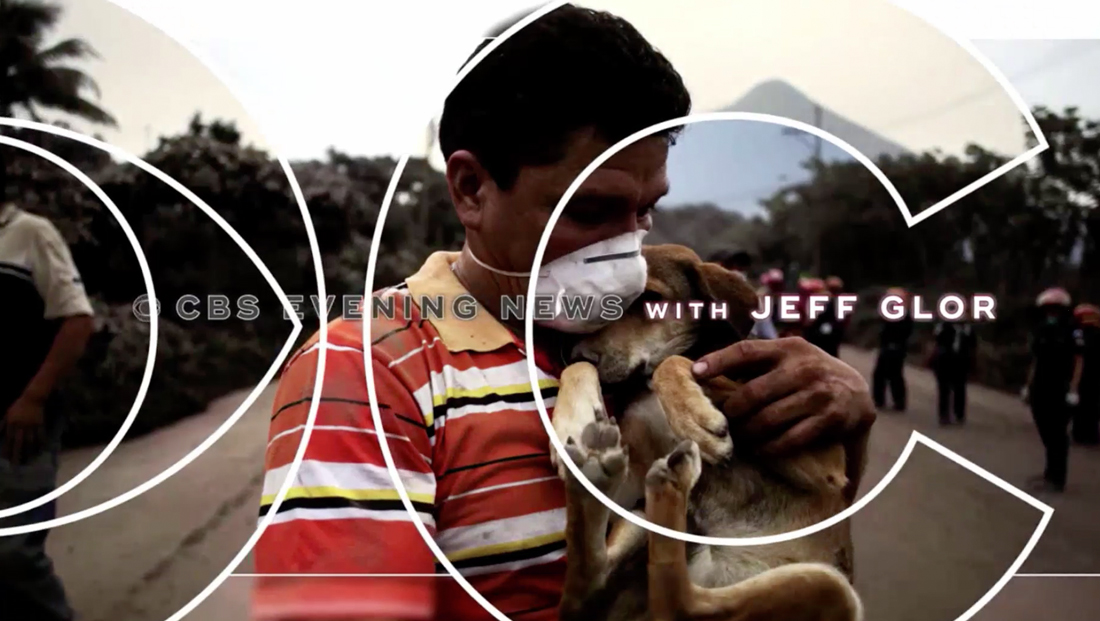 “CBS Evening News” has drawn inspiration from its sister broadcast “CBS This Morning” for a revamped way to start its broadcast that reduces the normal of teases, adds a “headlines” segment and eliminates a traditional open.

“CBS This Morning,” which has used its sponsored “EyeOpener” headline roundup to open its broadcast — even on days when major news stories dominate the headlines — since the current broadcast to use the name launched in 2012.

Starting June 4, 2018, the network’s flagship evening newscast changed the top of its broadcast to lead with just two short teases before cutting to anchor Jeff Glor at the anchor desk with a generic “Evening News” video wall background behind him saying something to the effect of “but first a look at tonight’s headlines in 60 seconds.”

The broadcast then cuts to a tightly edited, dynamic roundup of the headline driven heavily by SOT and correspondent VOs mixed with quick cuts of video and still imagery edited to match the beat of the music.

After the segment, which doesn’t have a formal on-air name, unlike “EyeOpener,” the network switches briefly to a fullscreen title card, but no announcer is used before Glor begins the A block on camera with a topical graphic behind him.

It’s worth noting, however, that the “headlines” Glor mentions do double duty as both a roundup and teases for more in-depth coverage later in the broadcast, which is a similar approach used by “CBS This Morning.”