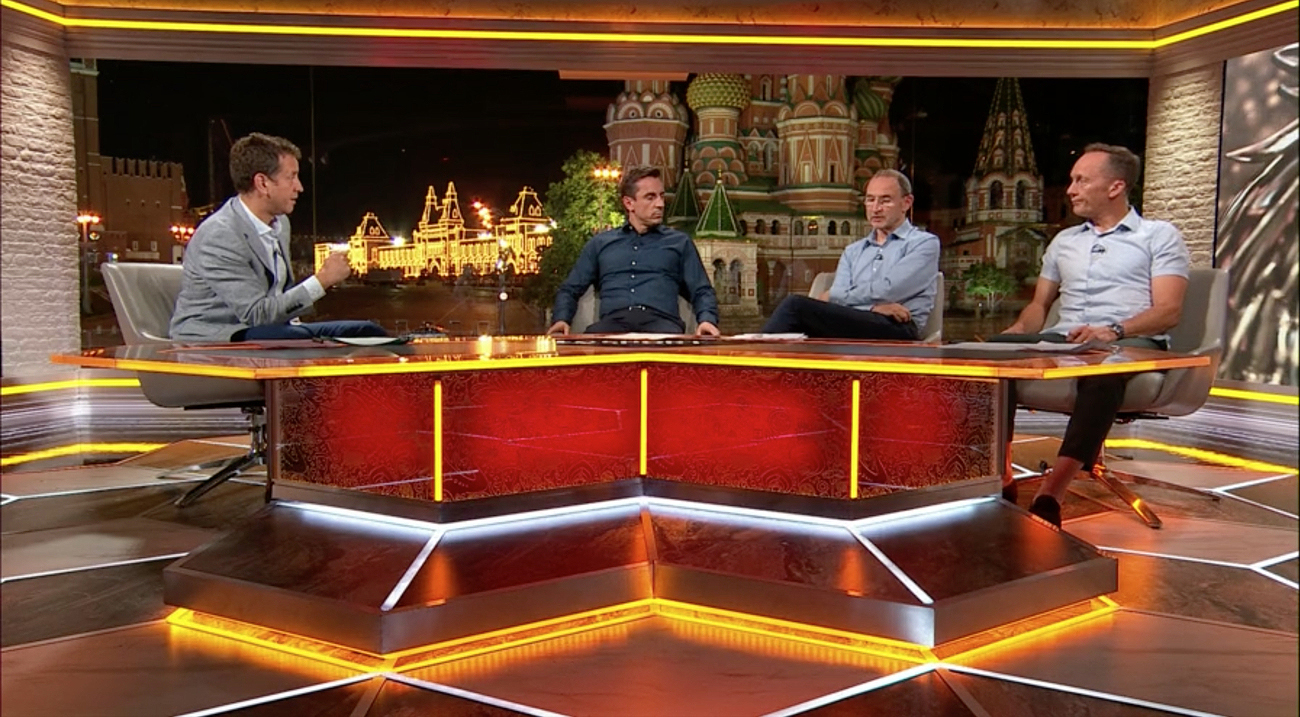 ITV has drawn inspiration from the ornate St Basil’s Cathedral for its scenic design at the 2018 World Cup.

Sharing coverage rights with the BBC and broadcasting from a studio next door in Moscow’s Red Square, ITV’s studio mixes baroque-influenced design, gold elements and a variety of fake paintings. Wide view of the studio showing both real and virtual extension.

In ITV’s case, this additional space is used to create an augmented reality extension and window to showcase the rest of the cathedral, which normally would have been cut off in the field of view.

“We’ve created a virtual ceiling – the whole of the ‘cathedral’ section doesn’t exist,” said Paul McNamara, Senior Director and Executive Producer of ITV Sport’s World Cup coverage in an interview. Two cameras outside the studio “‘perspective track’ onto the live shot you are seeing through the bottom half of the window, so the bottom half is live.”

This prospective tracking allows the real and virtual to move together, creating a seamless image for viewers at home.

The window behind the presenters can also be easily replaced by a tracking LED screen, allowing the studio to transform into a skybox with a soccer pitch behind. The studio was designed by Paul Sudlow with fabrication by Scott Fleary. WhiteLight consulted on the project with ITV’s internal creative services working on the augmented reality.

“We want it to look beautiful, but we’re trying to take it out of the classic sports studio-type thing and add a bit more fun and entertainment. It’s something you might normally expect to see more on ‘X-Factor’ but my view was for this next month we are the ‘X-Factor’ of the network and we have to approach it like that – be big and bold, not just three men sitting, talking about the game and doing it like they did 20 years ago.”