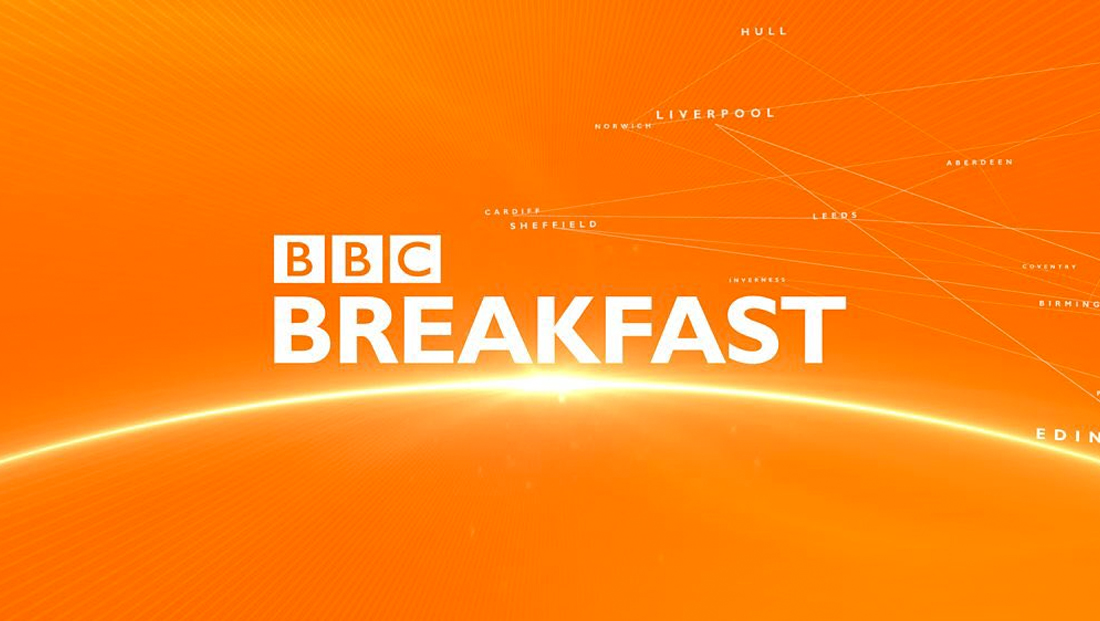 The show introduced new music from David Lower and graphics created in house by James Mobbs and the network’s creative services team. The new graphics continue the show’s tradition of using a bright, bold orange shade in addition to the BBC’s trademark China red, which still remains a prominent color on the set, which was not overhauled. In addition to the show logo, the new look focuses heavily on a gently curved burst of light, indicative of a sunrise.

Background elements include microtext of city names with interconnected lines — as well as footage of the BBC’s facilities in Media City.

The changes at “BBC Breakfast” aren’t finished, however. According to tweets posted by producers, the show is also slated to get a new set in 2019.