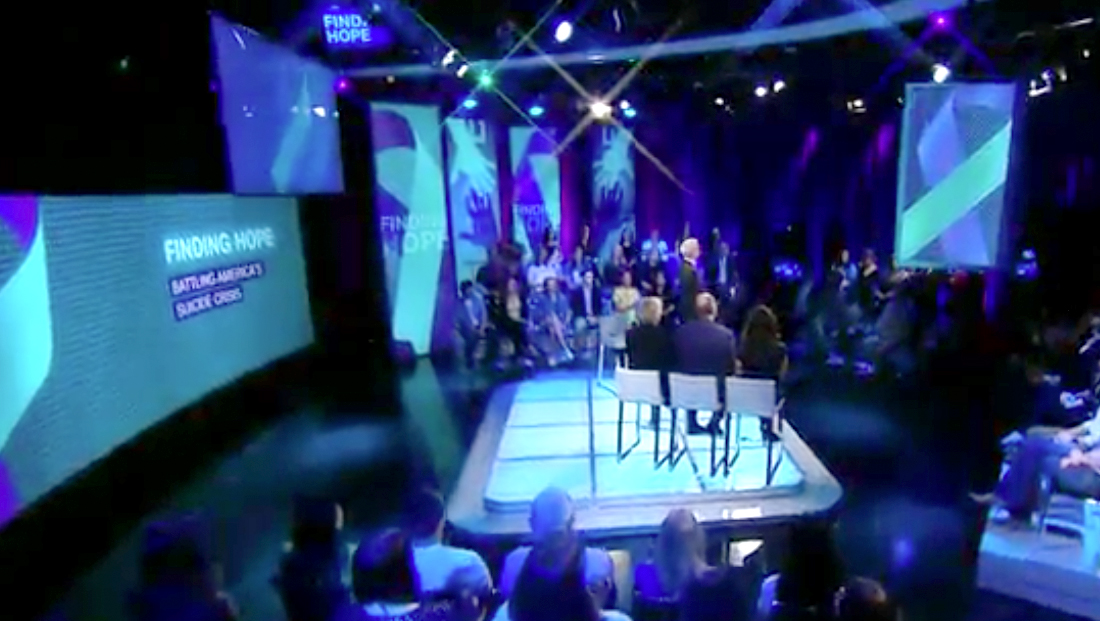 Hosted by anchor Anderson Cooper, whose brother died by suicide, the in-studio audience was washed in blue-violet light, while a large video wall behind the main riser served as home base for Cooper and his guests. In place of the network’s normal ticket, CNN scrolled through a running list of suicide presentation resources. Many of the panel members lost friends or family members to suicide, and their images were used, in a stylized teal and violet look with angled elements, on the video wall behind the guests and Cooper.

The town hall was broadcast from the network’s New York City studios.