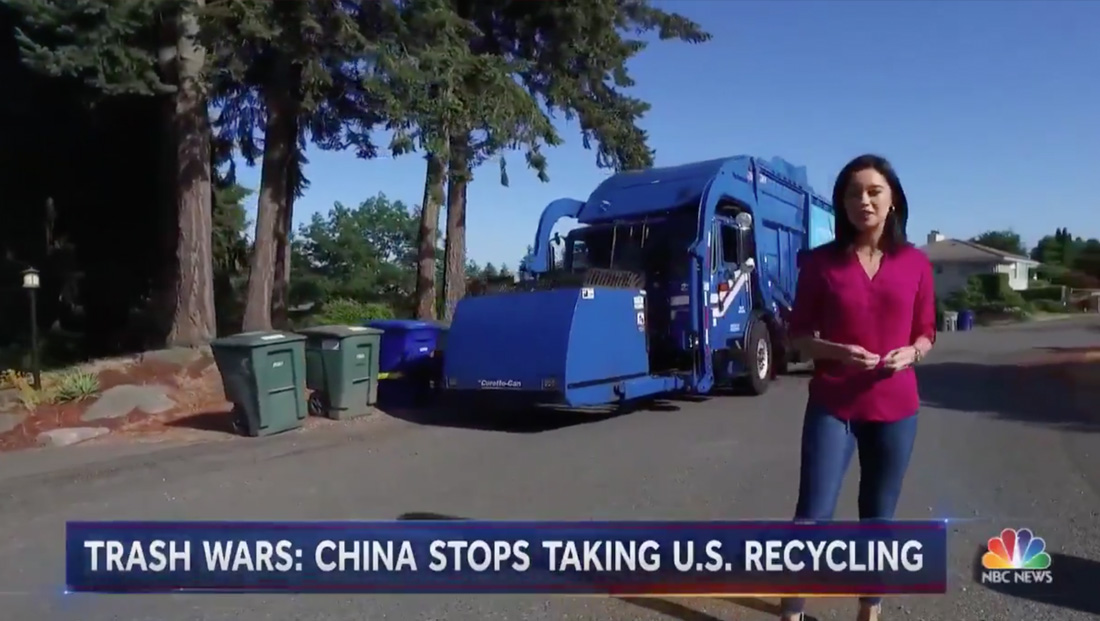 While it may not have used the cliche planes, trains and automobiles, a package on “NBC Nightly News” did manage to utilize a drone, vehicle mounted camera and stabilized handheld camera rig.

The package, reported by Jo Ling Kent, covered a change in Chinese policy and its affects on U.S. recycling and started off showing a bright blue recycling truck driving down a road — captured via a drone.

The view then switched to a camera mounted on the truck itself before a clip from inside of the vehicle.

Viewers then saw Kent standing across the street from a recycling truck as it made a stop, with the handheld camera shot swinging around her and moving toward the truck as, thanks to some careful timing, the robotic arm reached out and dumped a recycling bin into the vehicle’s hopper.