Mr. Glor goes to Washington — and gets to try out bureau’s new studio 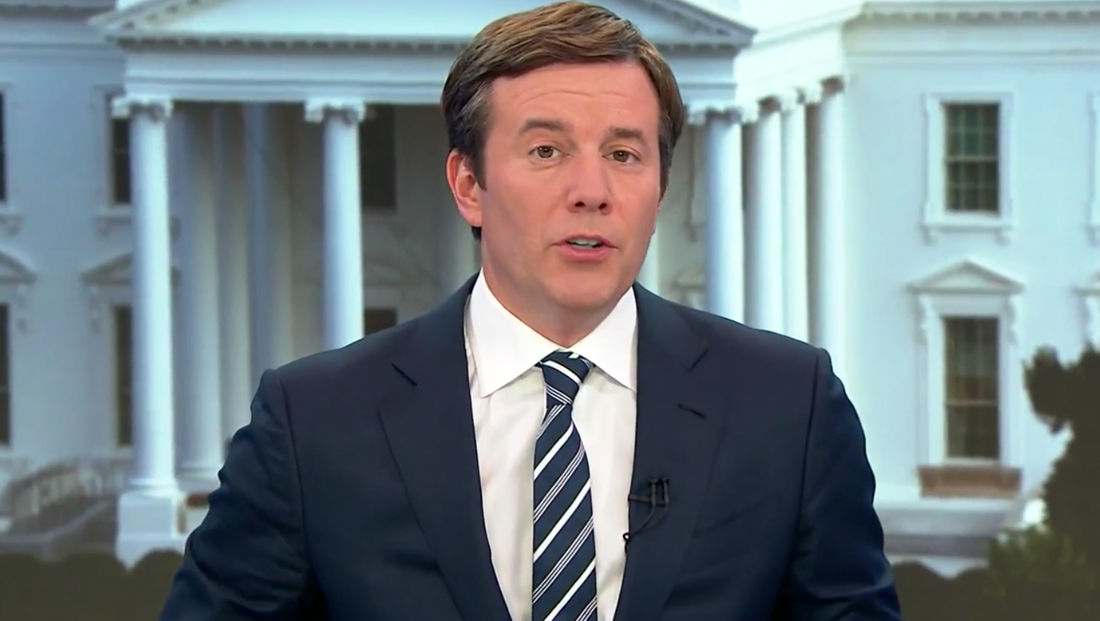 Glor remained at the studio’s smaller, alternate circular anchor desk which, much like the one he shares with “CBS This Morning” hosts Gayle King, Norah O’Donnell and John Dickerson back in New York, has the CBS eye etched in it.

When used for “Face the Nation” panels, the desk can be swapped out for a larger, version that accommodates more people.

Here’s the view from the new table and studio that hosts @FaceTheNation and now the @CBSEveningNews when we anchor from DC pic.twitter.com/HPBAL8L25l

The primary background for the show was a live feed of the White House on one of the set’s video wall — the show didn’t use the video walls for topical or branded graphics, instead reverting back to OTS graphics. Glor will be back in New York City Tuesday, July 3.