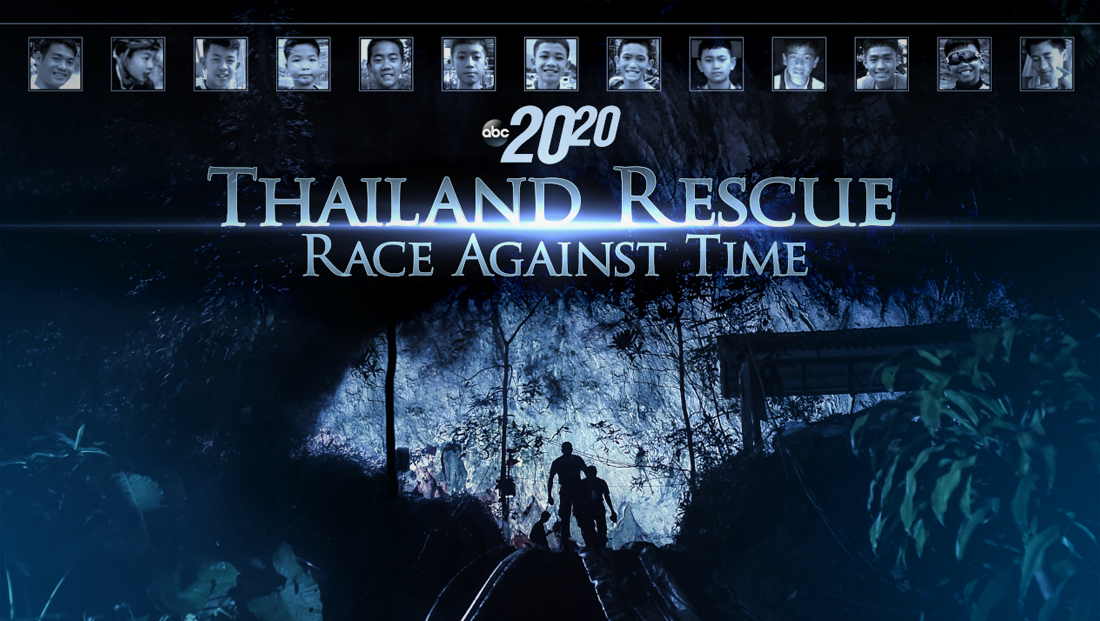 ABC News‘ look for its special documenting the rescue of a boys soccer team trapped in the Tham Luang caves in Thailand uses a dark and brooding look that echos a dramatic movie poster.

At the center, two walking figures can be seen headed toward a halo of light — while small headshots of all 12 boys and their coach run along top.

Above, ABC, backing off (at least a bit) from its normal text-heavy naming, has given the special the title “Thailand Rescue” with a subtitle of “Race Against Time” with a burst of light separating the stylized lettering.

The special, which is a special edition of “20/20,” will air Tuesday at 9 p.m. eastern hosted by David Muir and Amy Robach.

The dark, dramatic design along with a font that’s reminiscent of Trajan, sometimes dubbed the “horror movie” font, give the graphic the look and feel of a movie poster.

The look is mainly dark and dramatic, though elements of light also hint at hope and the proverbial “light at the end of the tunnel.”