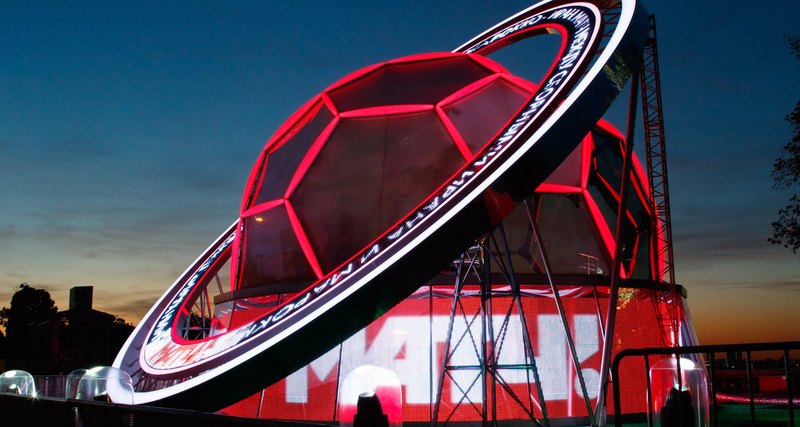 The setup, when viewed from the exterior, has the appearance of a glass and metal football rising from the ground with a metallic ring orbiting it, meant as a reference to a “football planet.”

The first level of the broadcasting space is devoted the studio’s technical needs — ranging from air conditioning to lighting and audio control, communications and even administrative space. 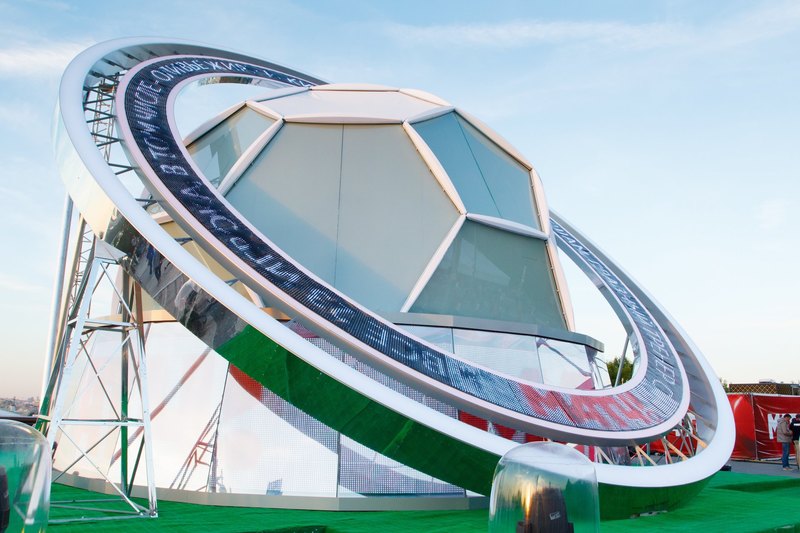 Above this, an open studio features panoramic views of the Moscow FIFA Fan Fest, the official fan zone of the Russia World Cup.

The familiar black and white hexagon and pentagons found in both European footballs and North American soccer balls are replaced with large polygons of glass.

Given the that the studio is essentially a “fishbowl,” lighting the studio space is a huge challenge. This has been solved thanks to film that can make each pane completely opaque or transparent — or various levels in between, adjusted according to the time of day, the position of the sun and weather conditions.

The space was designed by Anton Simani and Aleks Ivanovsky, the network’s internal design team. 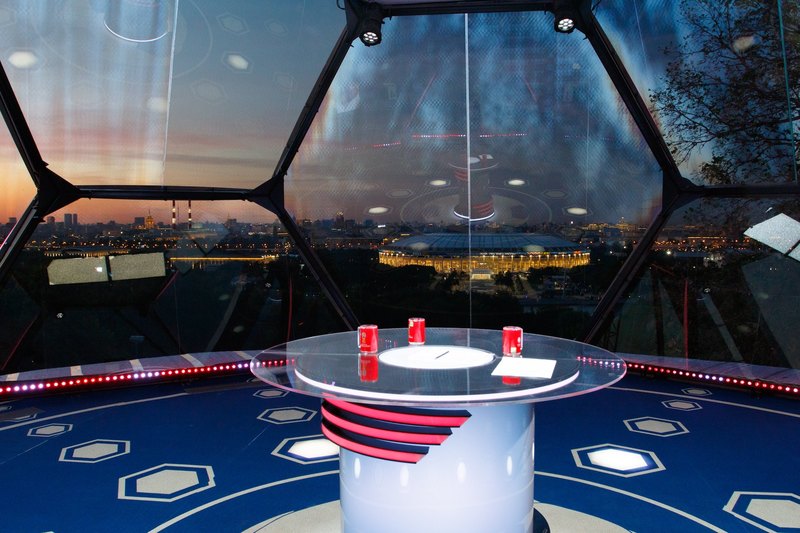 From inside the glass dome-like structure, the feeling of being “inside” a football is maintained thanks to the scale of the structure’s metallic framework, which also boasts integrated color-changing LED.

Inside the second-level studio are movable set pieces that can be positioned to take advantage of any number of views, as well a blue and silver floor with hexagon “spokes” proceeding from the center.