Netflix’s upcoming “Norm Macdonald Has a Show” has drawn on neon lettering to create an eye-catching but clean logo.

Macdonald’s name appears larger, with the words “has a” in a script typeface and no outline on a separate line, before the style is picked back up in the word “Show” in smaller type. 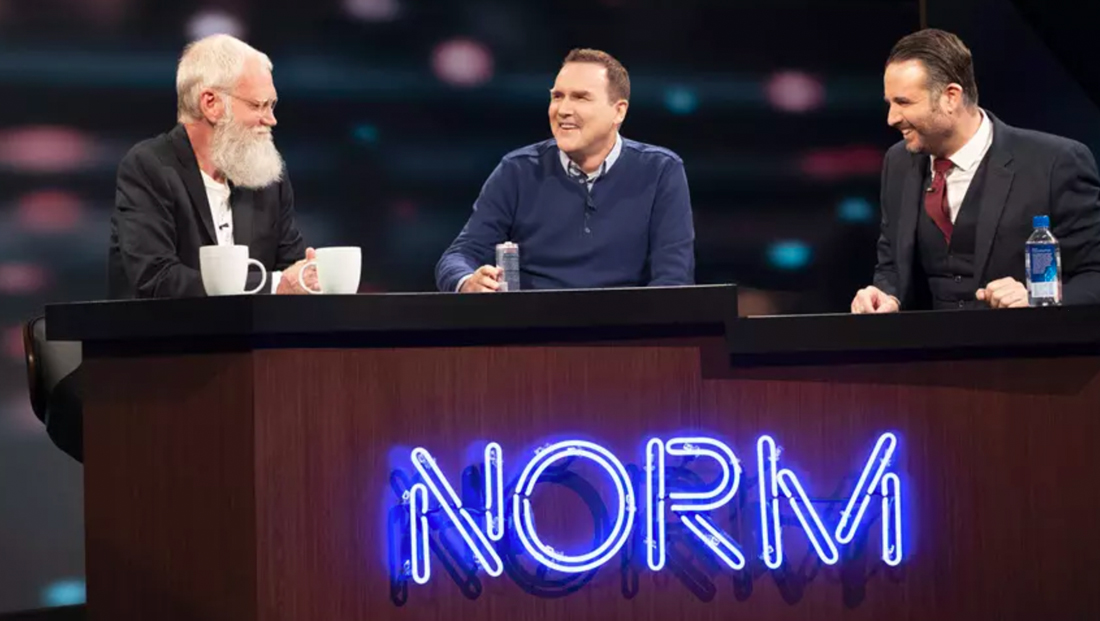 The neon light look becomes reality on the show’s set, which features the word “Norm” in all capital letters formed from what appear to be neon-like tubes on the front of the multi-level desk backed with dark background with blurred colored accents.

The 10-episode season will launch Sept, 14, 2018, on Netflix and follows the cancellation of two high profile talkers headlined by Michelle Wolf and Joel McHale.

Letterman is also credited as the show’s official location scout, while Macdonald serves as an executive producer alongside Lori Jo Hoekstra, K.P. Anderson, and Daniel Kellison.

Season one of “Norm Macdonald Has a Show” was filmed at Sunset Bronson Studios in Los Angeles with scenic design from JHD Group, who also provided the set for McHale’s now-defunct “Joel McHale Show.”

The series is produced by Anchor Spud Productions and Pygmy Wolf Productions in association with Lionsgate Television.