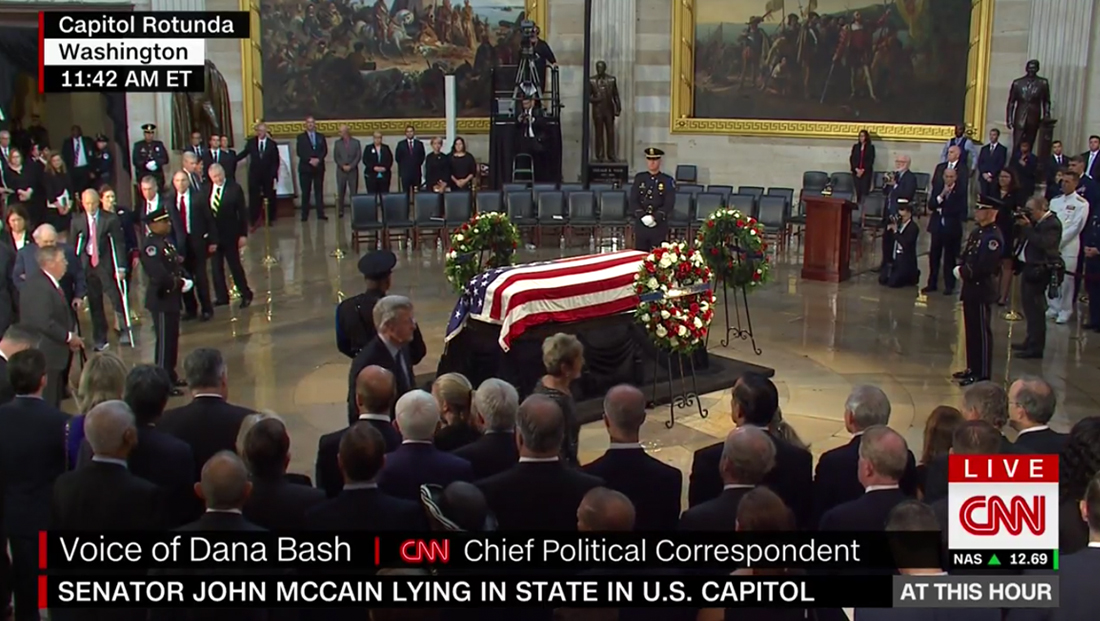 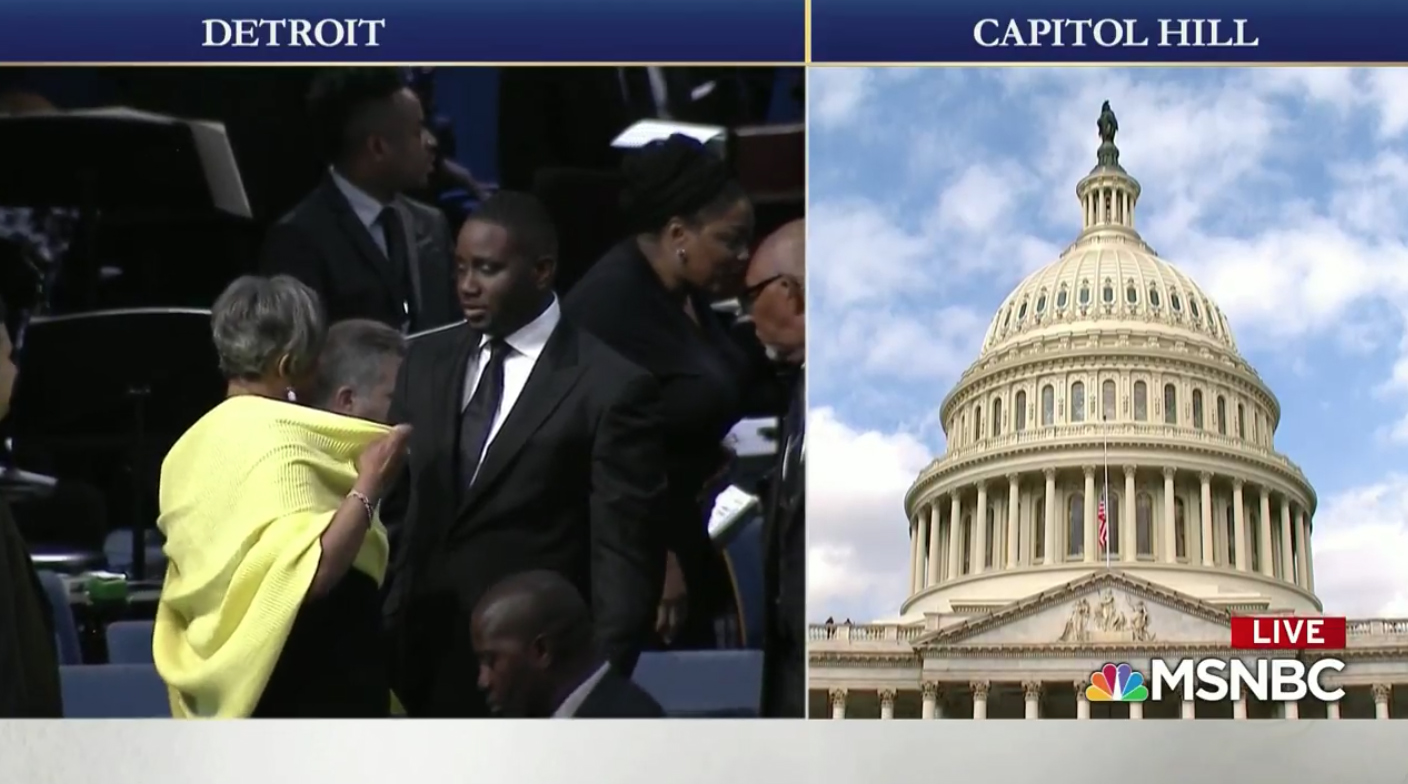 MSNBC occasionally used a split screen fo the two events — one in Detroit and the other on Capitol Hill. 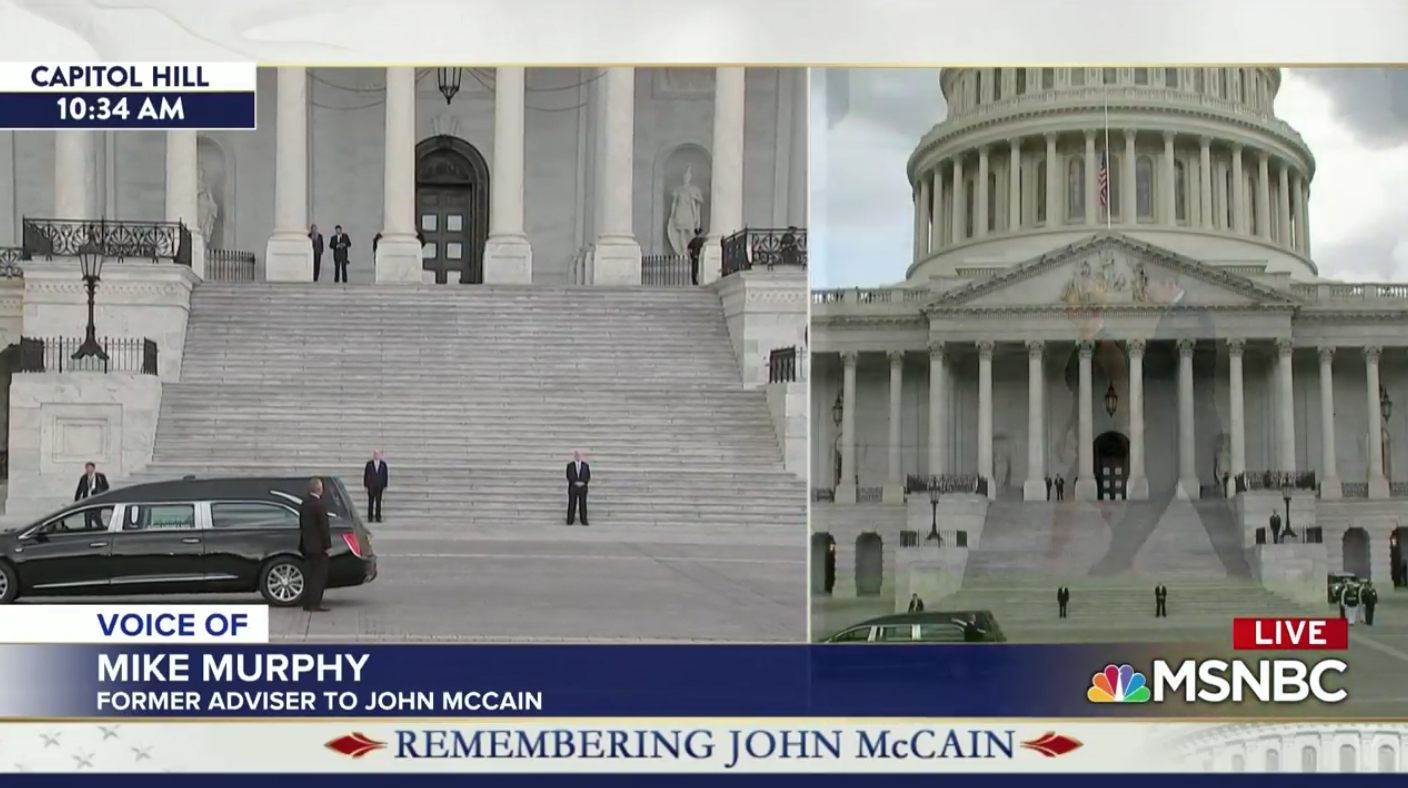 The network also used matching graphics that its parent network, NBC during the coverage, though versions used when splitting coverage between Franklin and McCain’s removing the patriotic textured backgrounds in favor of plain gray.

Networks break in as McCain’s body arrives at Capitol

Later that day, the network switched back to using a similar look — but with a gold banner along the bottom reading “Celebrating Aretha Franklin.” 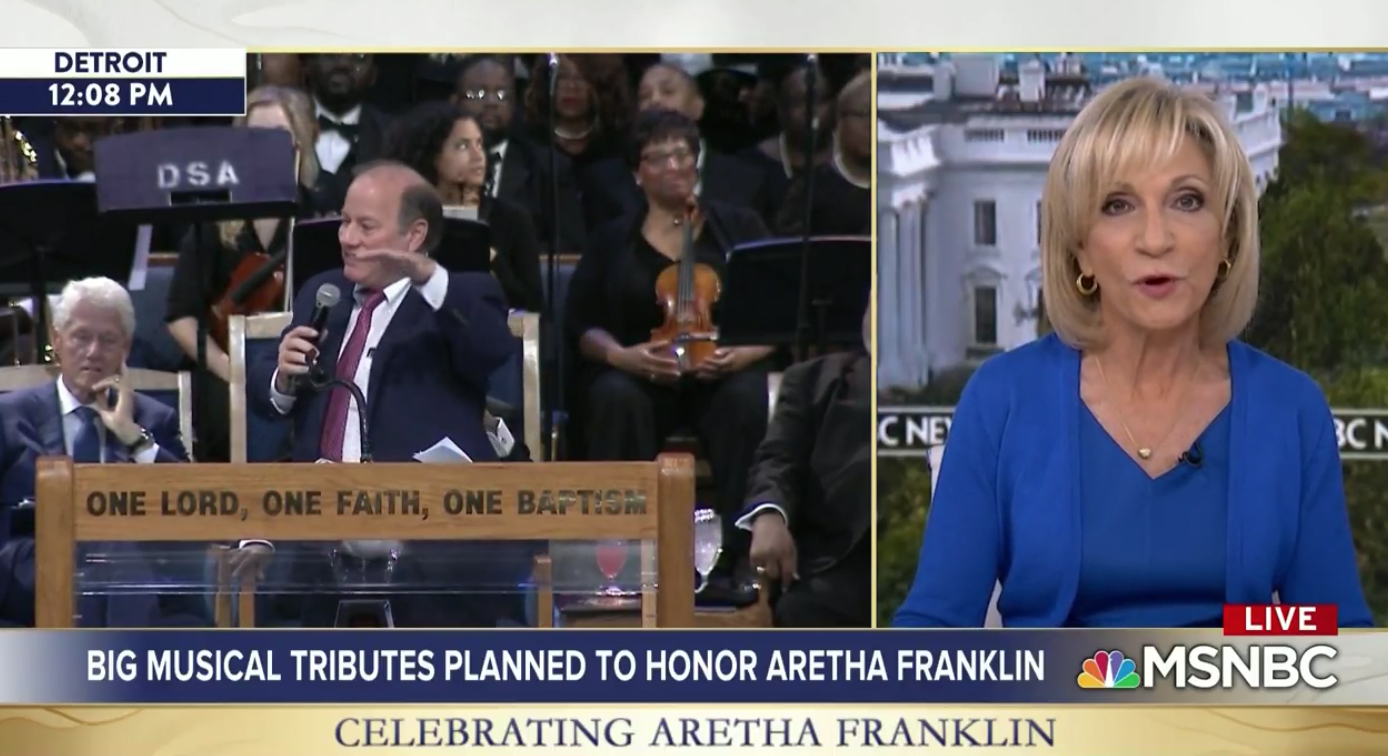