Networks break in as McCain’s body arrives at Capitol 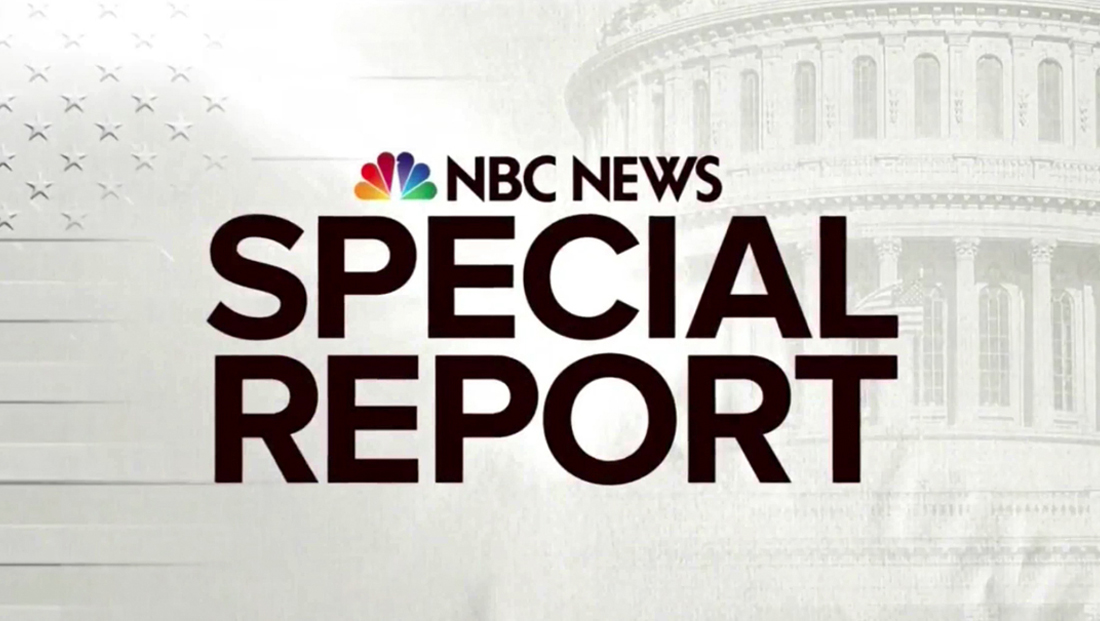 All of the big thre broadcast networks interrupted regularly scheduled programming to cover the arrival of John McCain’s casket at the U.S. Capitol, where it will lie in state.

ABC broke in with a variation of its normal special report look with a special announce and imagery of McCain as well as its “John McCain: Celebrating an American Hero” branding. 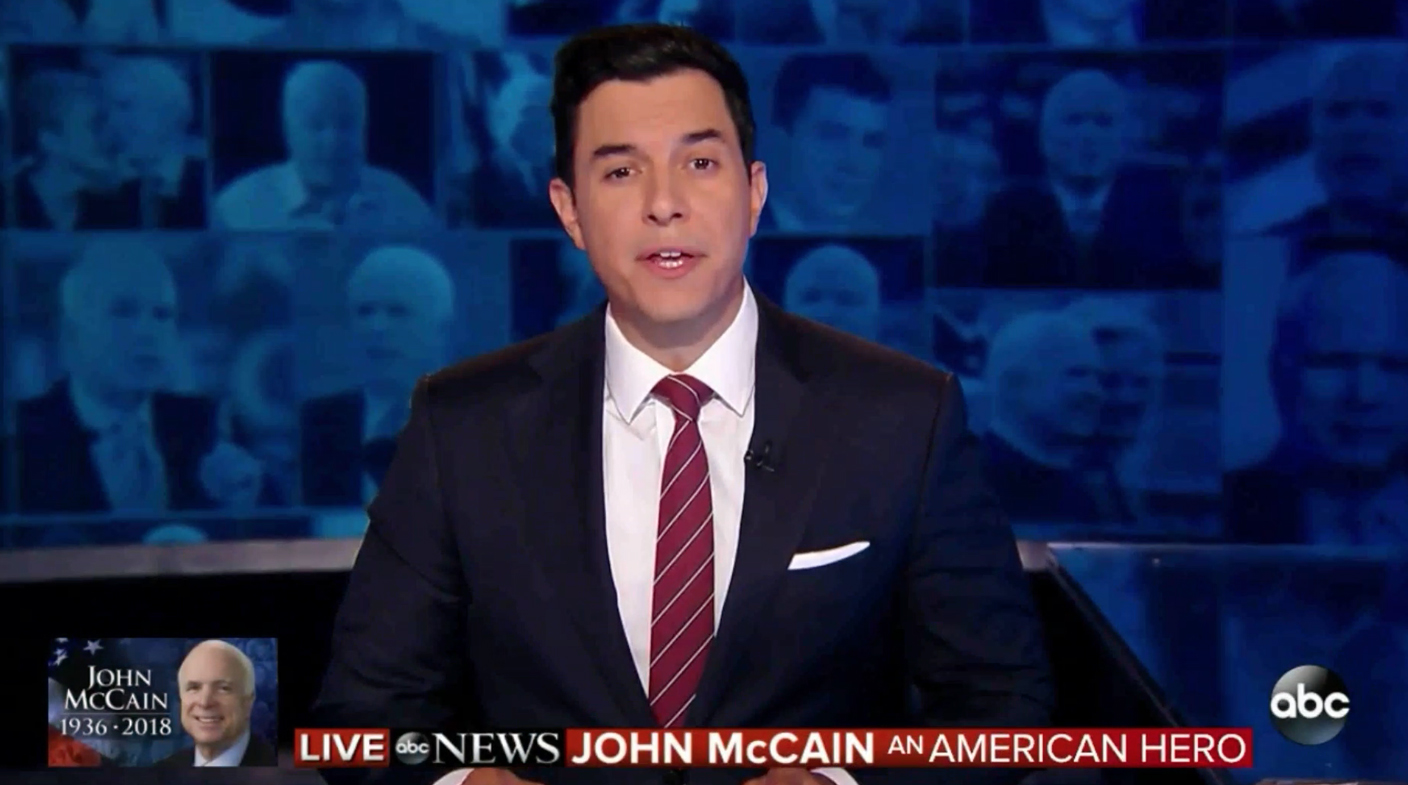 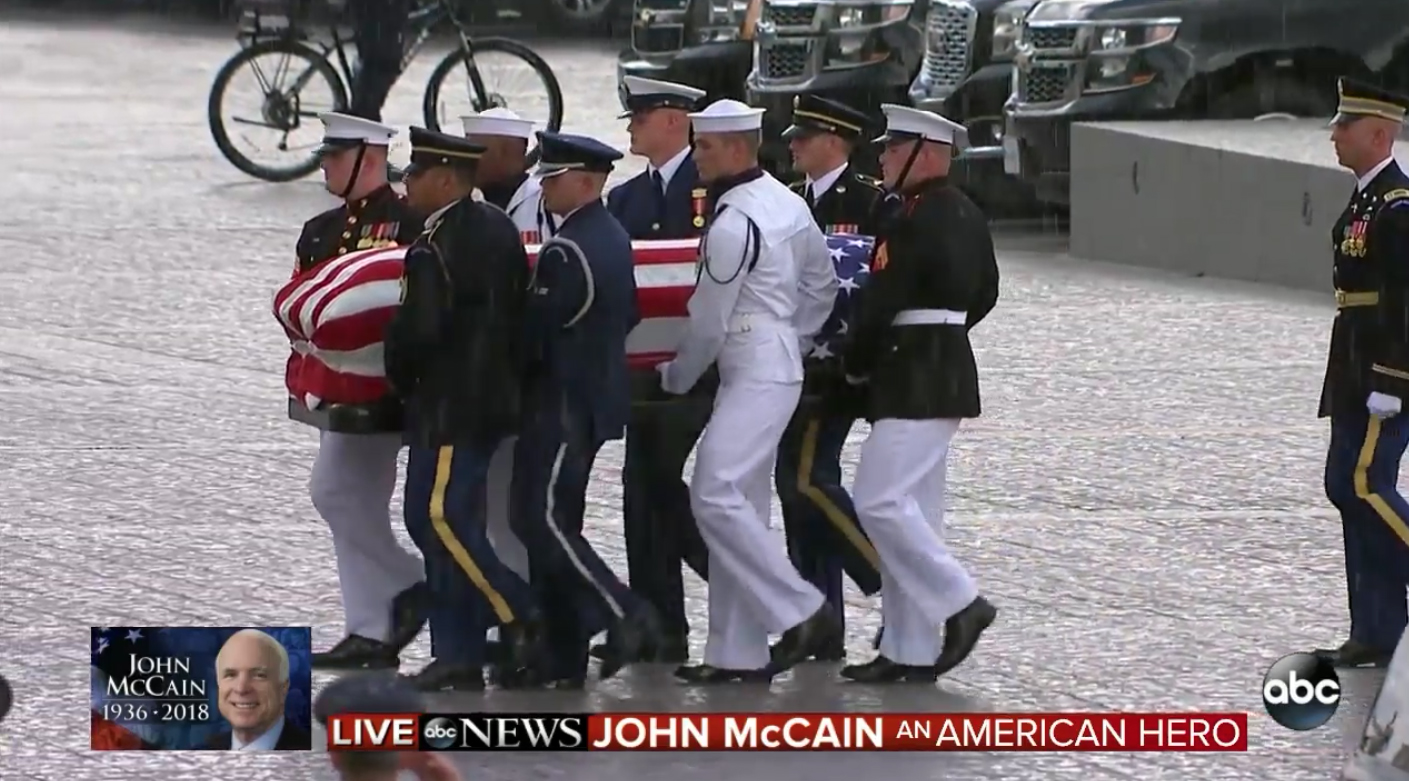 ABC used a modified version of its McCain title card in the lower left, with a text-heavy strip to the right. 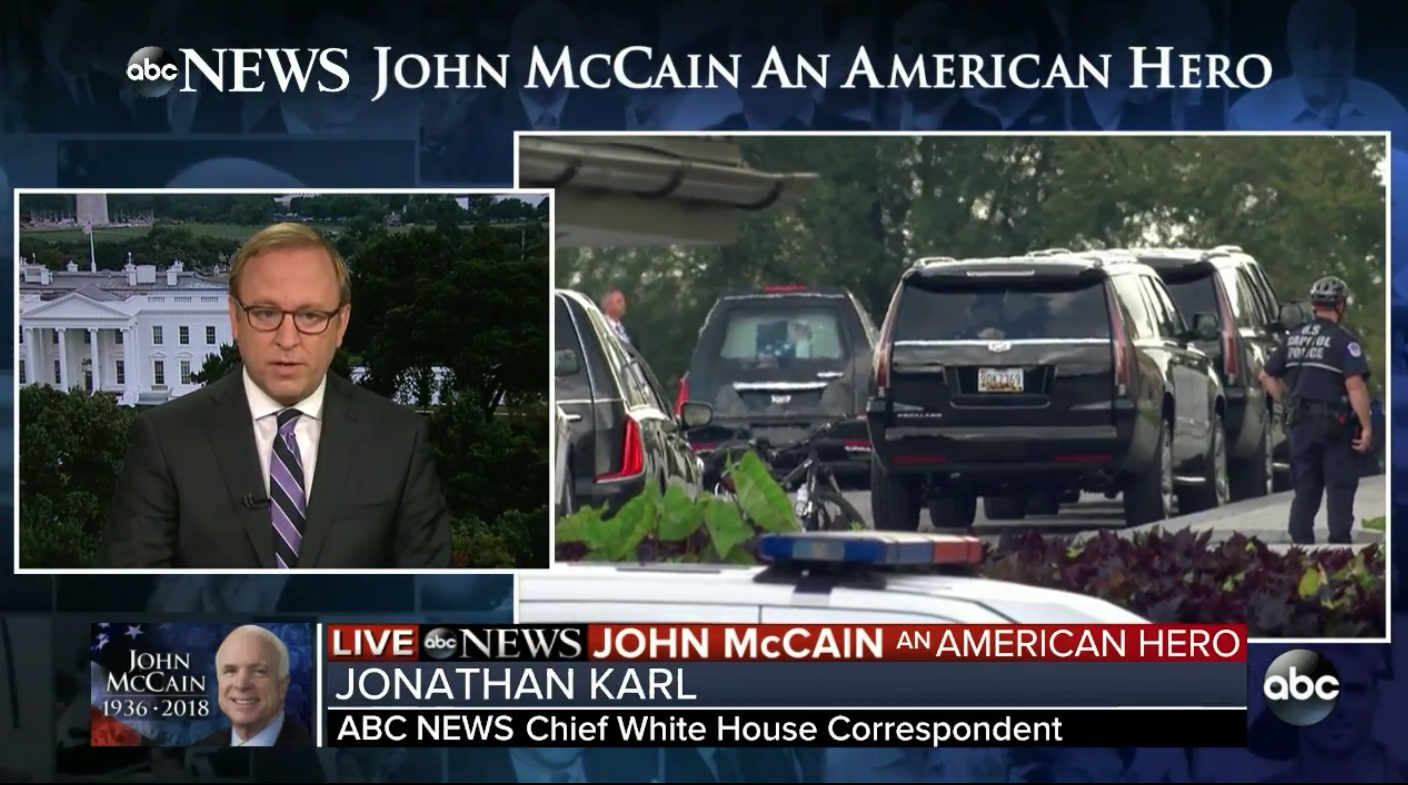 For boxes views of live feeds and panel members, the network would add insert graphics with names as well as