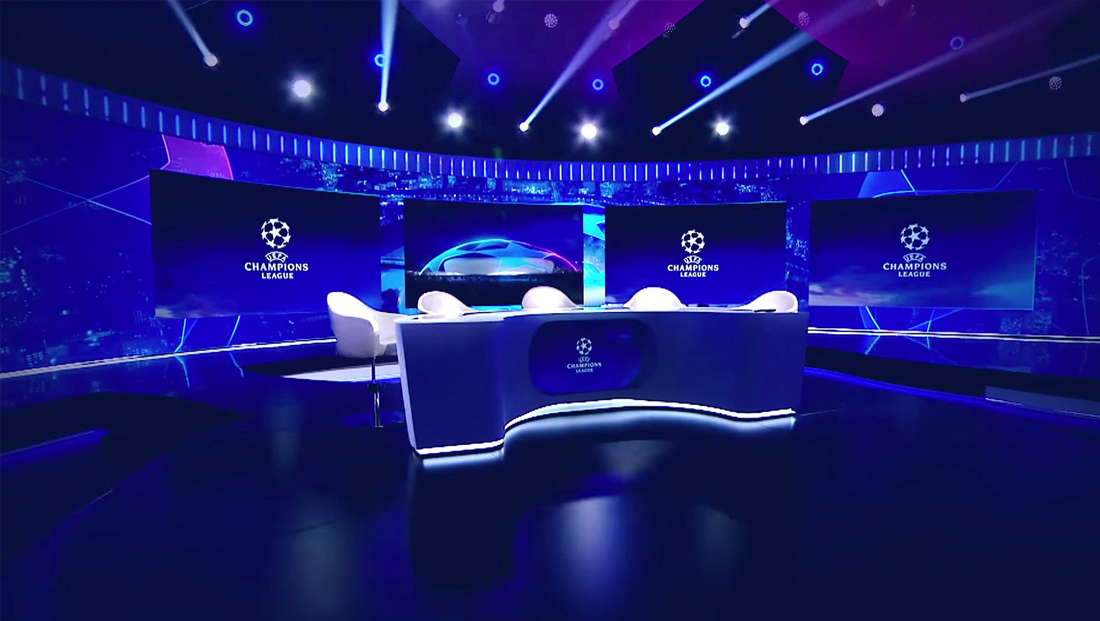 The 2,300-square foot studio was launched with the kickoff of the UEFA Champions League season, this August. 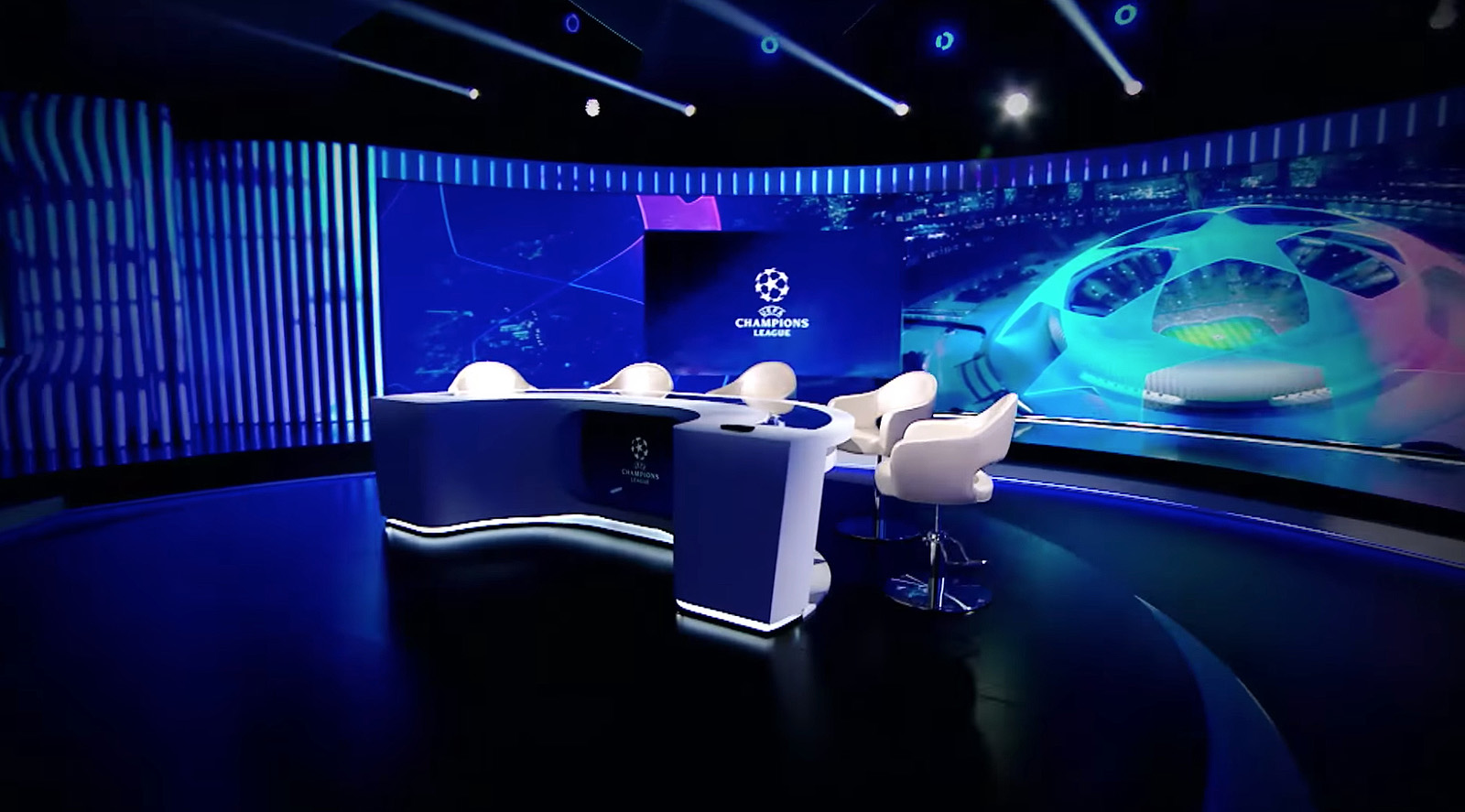 Running along the main background of the studio is a nearly 80-foot ultra-high-resolution curved LED video wall from Samsung.

In some cases, the video wall is divided into separate “framed” images, each with a different feed, creating the appearance of “floating” panels within the vast stretch of LED.

Surrounding the curved video wall and wrapping around other areas of the studio are internally lit columns with color changing technology, giving the set the ability to have a subtle glowing effect on-air.

On camera left of the studio, the columns curve outward into the studio space and are molded into undulating shapes while also serving as background for a horizontal touchscreen video panel. 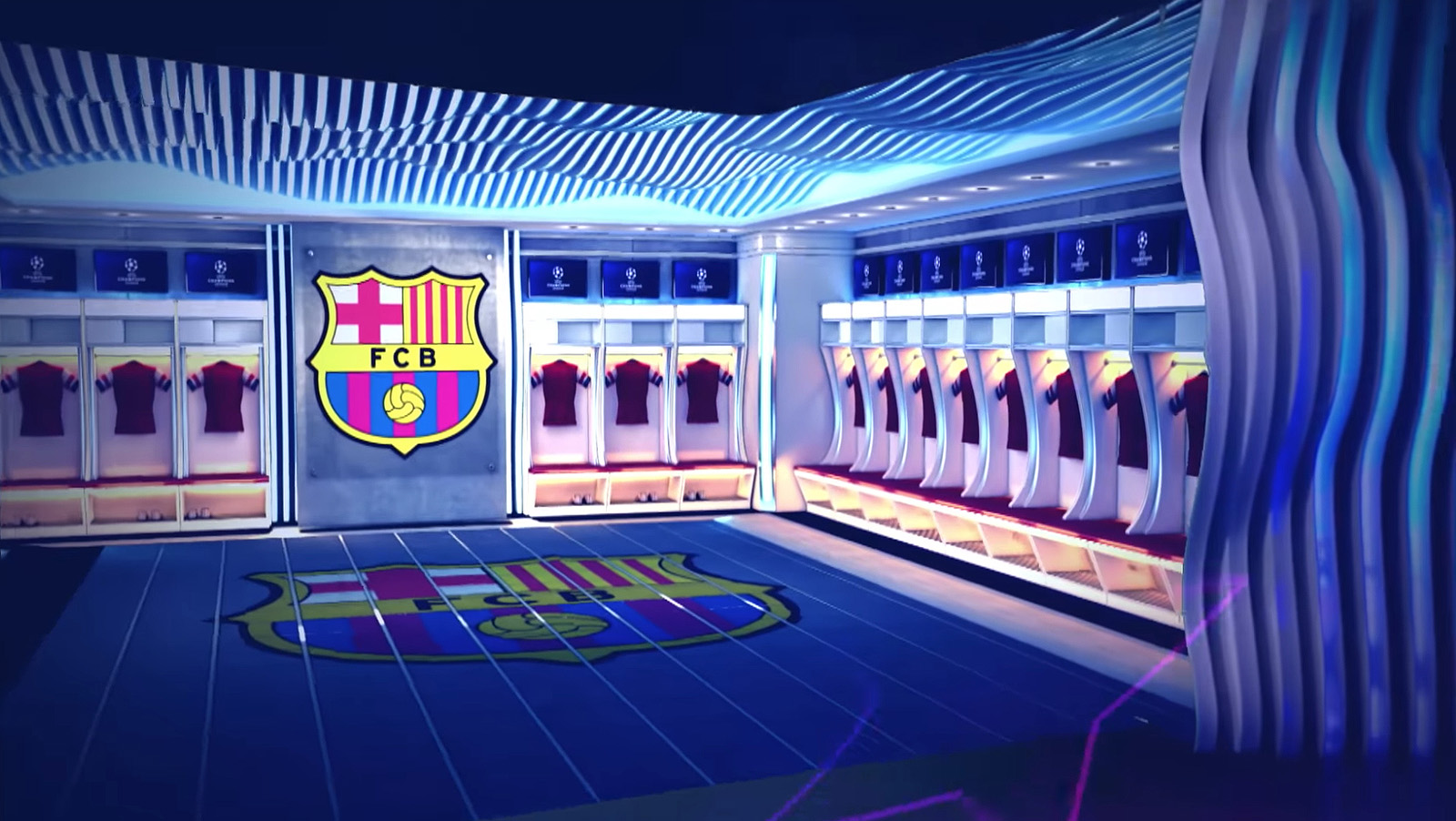 In addition to the interactive video wall, Vizrt also powers the studio’s extensive use of augmented reality, including the ability to create a virtual locker room that, in turn, becomes the springboard for player stats and profiles.

Both the set and augmented elements were designed by Platige Image, a Polish-firm specializing in 3D design. 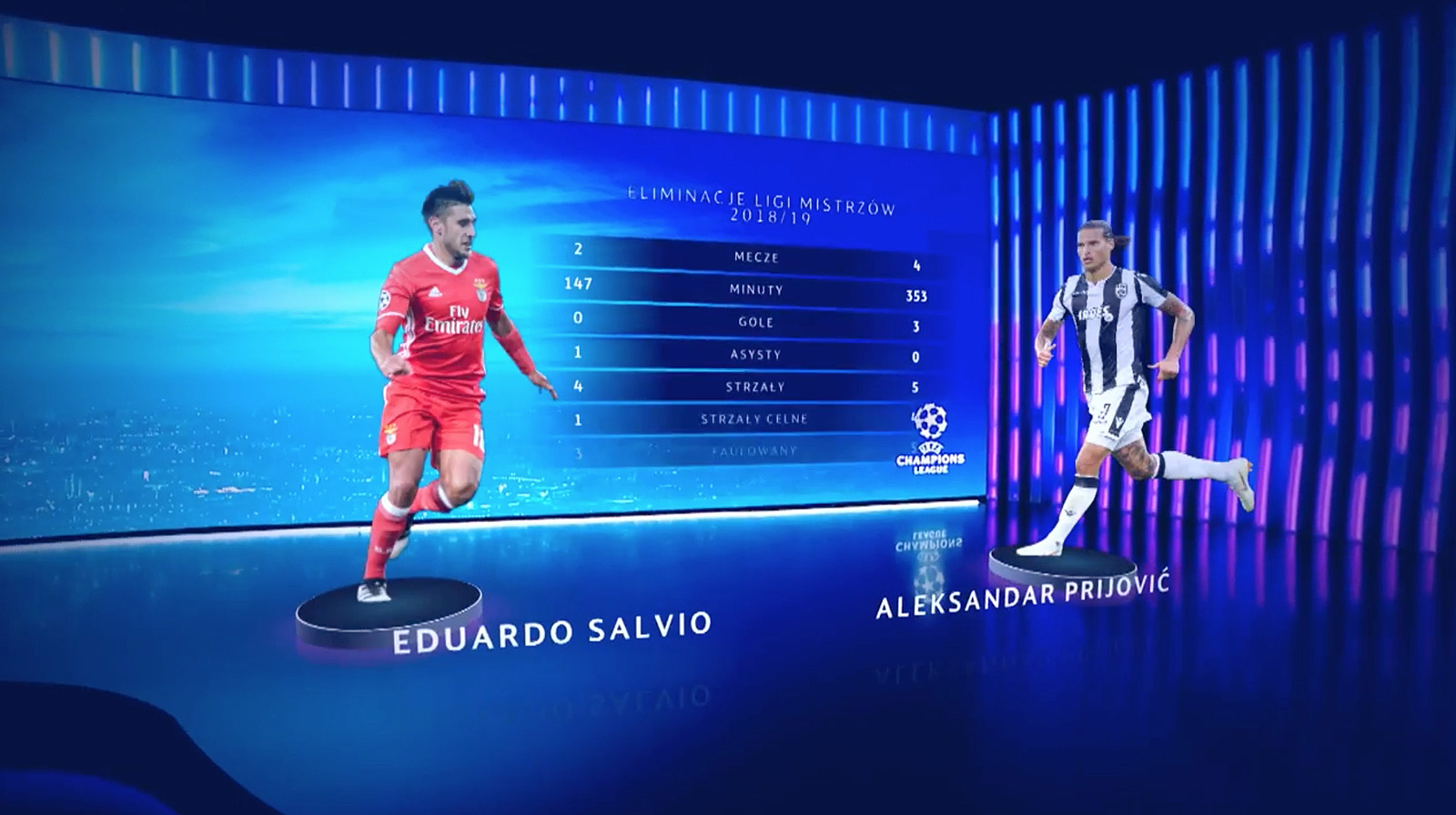 Augmented reality is also used to insert “cutouts” of players along with stats and rankings, as well as adding maps and stadium imagery on the floor of the studio in front of the curved anchor desk.

The studio includes eight cameras, including a Steadicam and jib crane, along with updated LED studio lighting instruments.