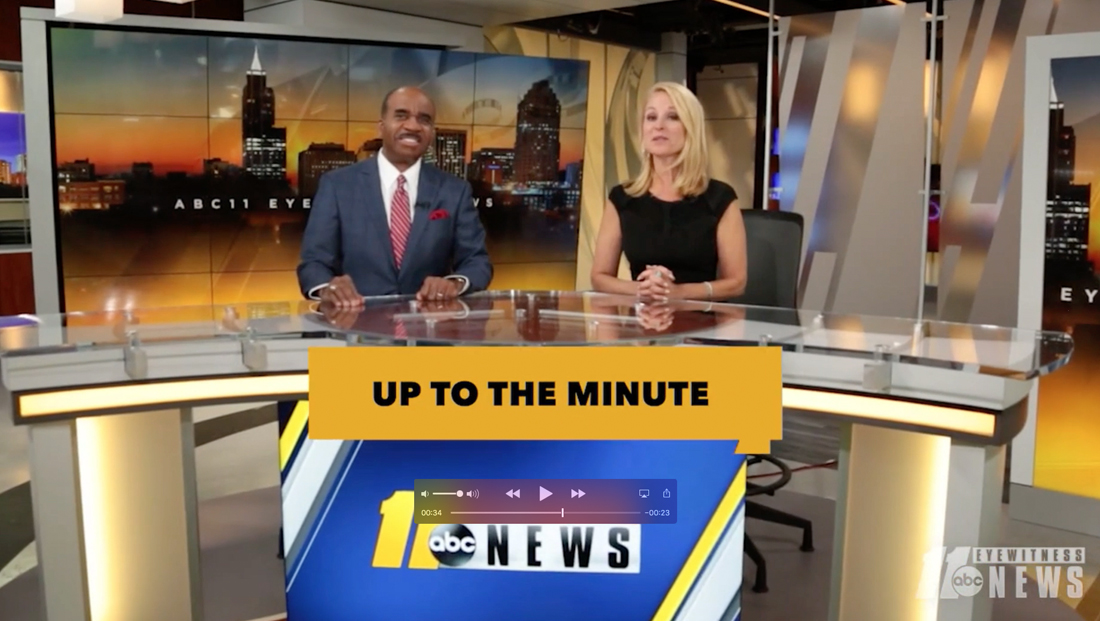 WTVD, the ABC O&O in Raleigh and Durham, North Carolina, is using its new streetside studio to promote its morning newscast.

The spot, which uses the “up to the minute, the minute you’re up” tagline, features a blend of stock footage and shots of the station’s morning team of Barbara Gibbs, John Clark, Don Schwenneker and Kim Deaner, walking around downtown. 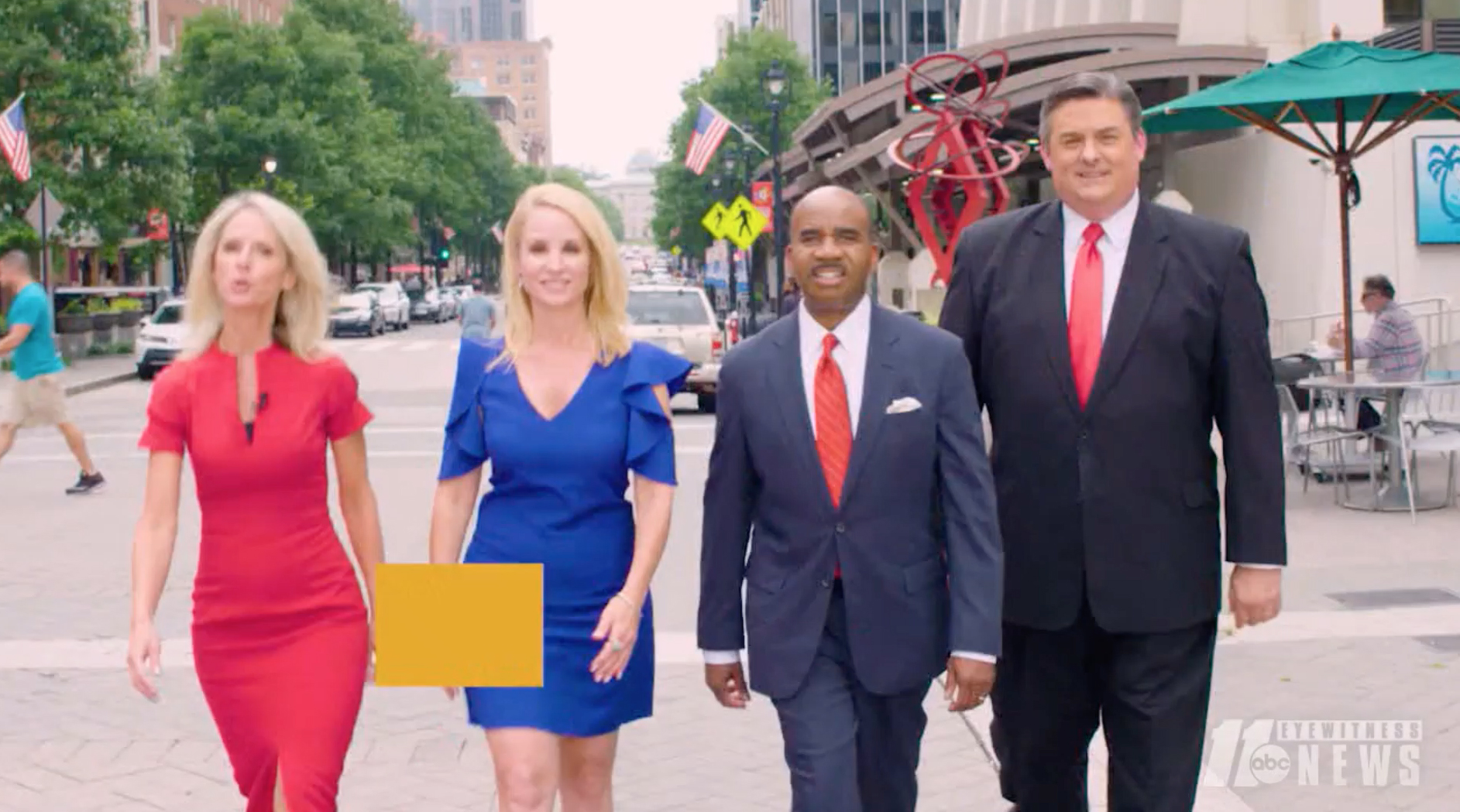 Other shots included in the promo, which features a female voiceover, also include the station’s new studio in use.

Within the promo, gold backgrounds with bold typography somewhat reminiscent of the “Good Morning America” look are blended in to match key points in the narration.

WTVD uses its downtown Raleigh studio for its morning and midday newscast, while its main studio in Durham is used for other newscasts.