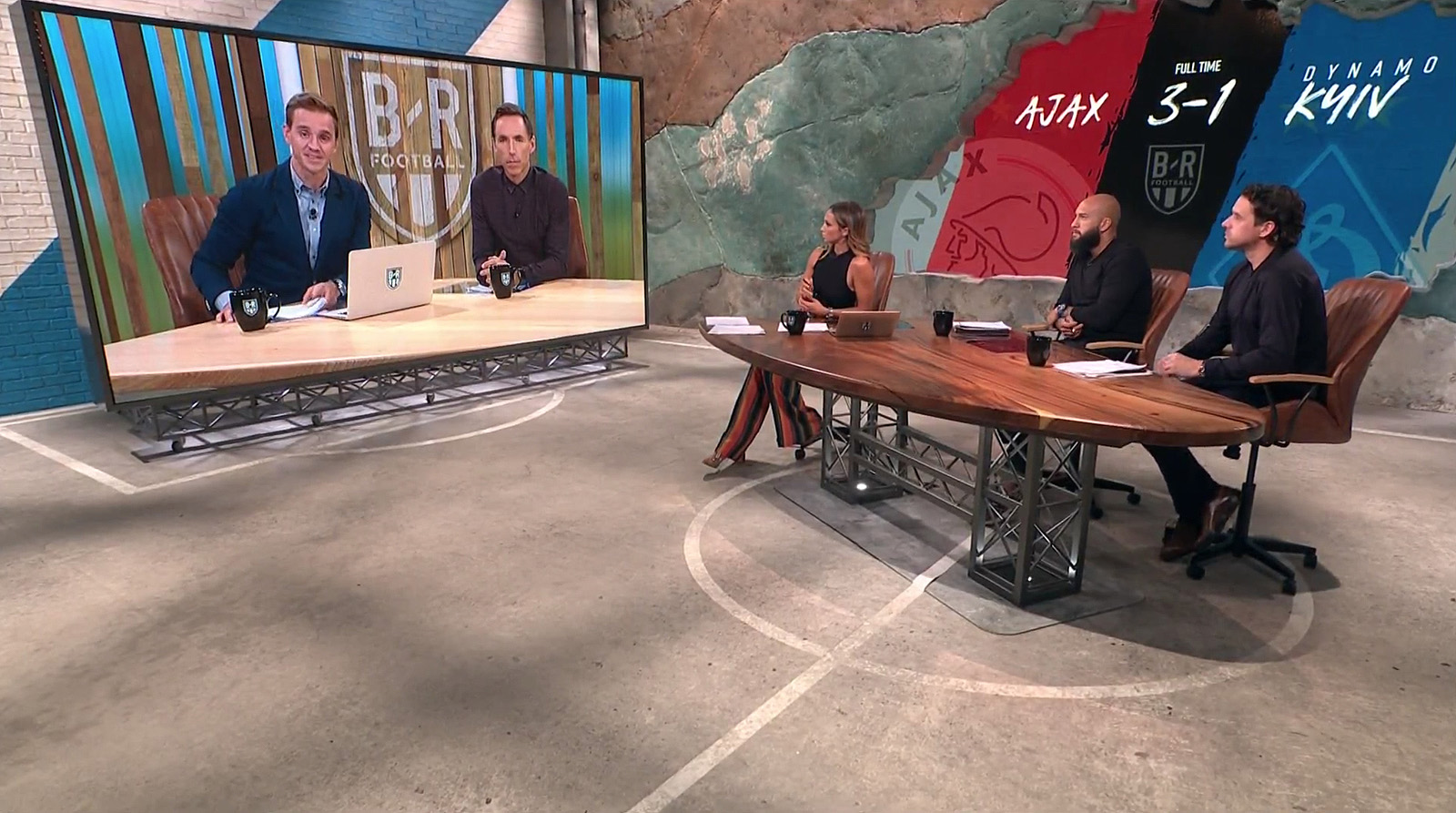 The UEFA Champions League and UEFA Europa League are now part of Turner Sports under a multi-year rights deal worth a reported $65 million and covering 340 matches per season.

Turner is using the deal to catapult its Bleacher Report brand, launching an OTT service known as B/R Live. Through the service, and on cable network TNT, UEFA is airing in English the United States, with Univision broadcasting Spanish language games.

For its inaugural season on B/R Live and TNT, Turner has invested in studios that blend high-tech video walls with raw and textural surfaces that create an industrial look. 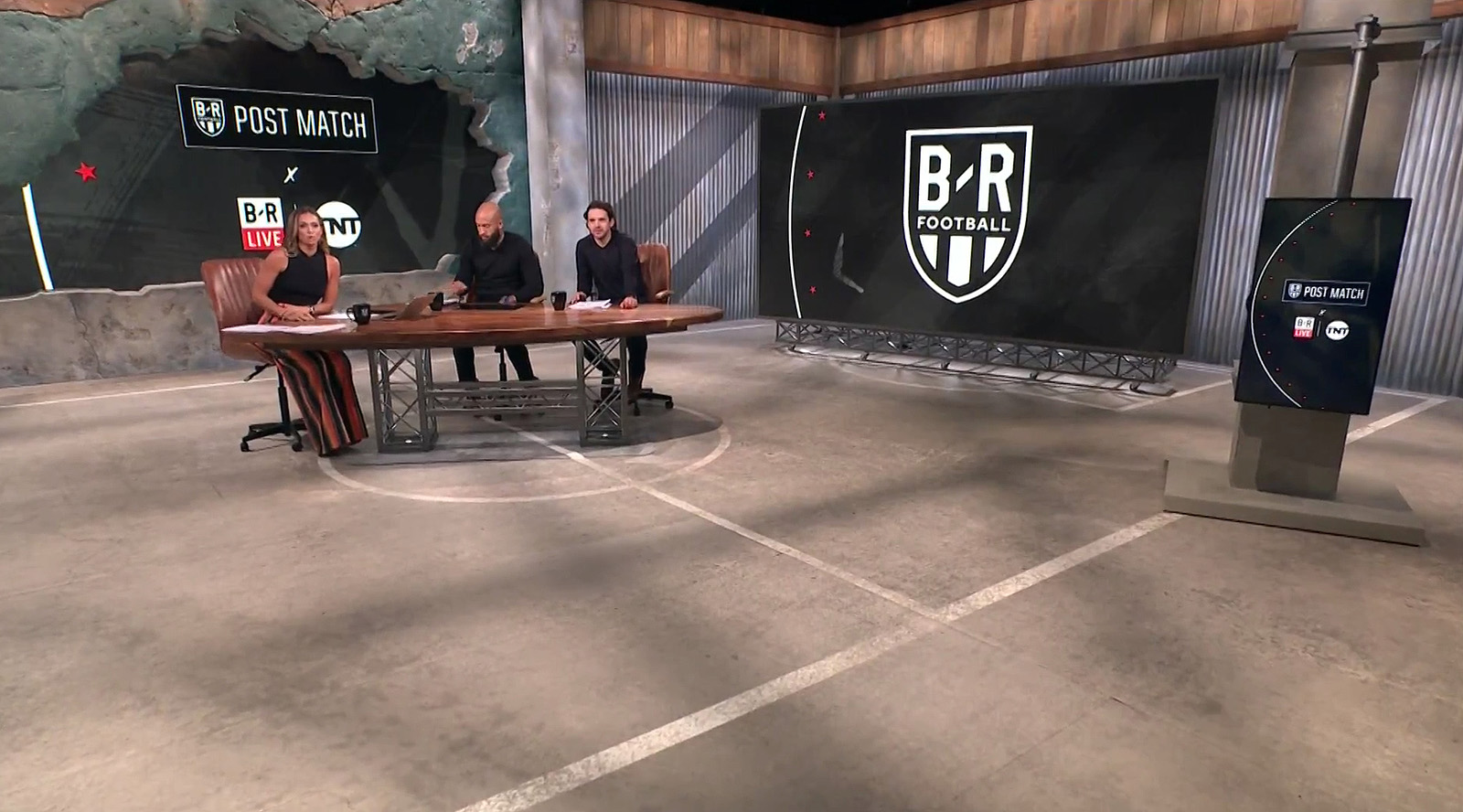 With the production split between Atlanta and Los Angeles, the larger space in Georgia features a rough concrete floor that mimics a soccer pitch, with dark metal girders echoing the industrial look. Both sets were designed by Jack Morton Worldwide and built by Turner’s Scenic Shop. 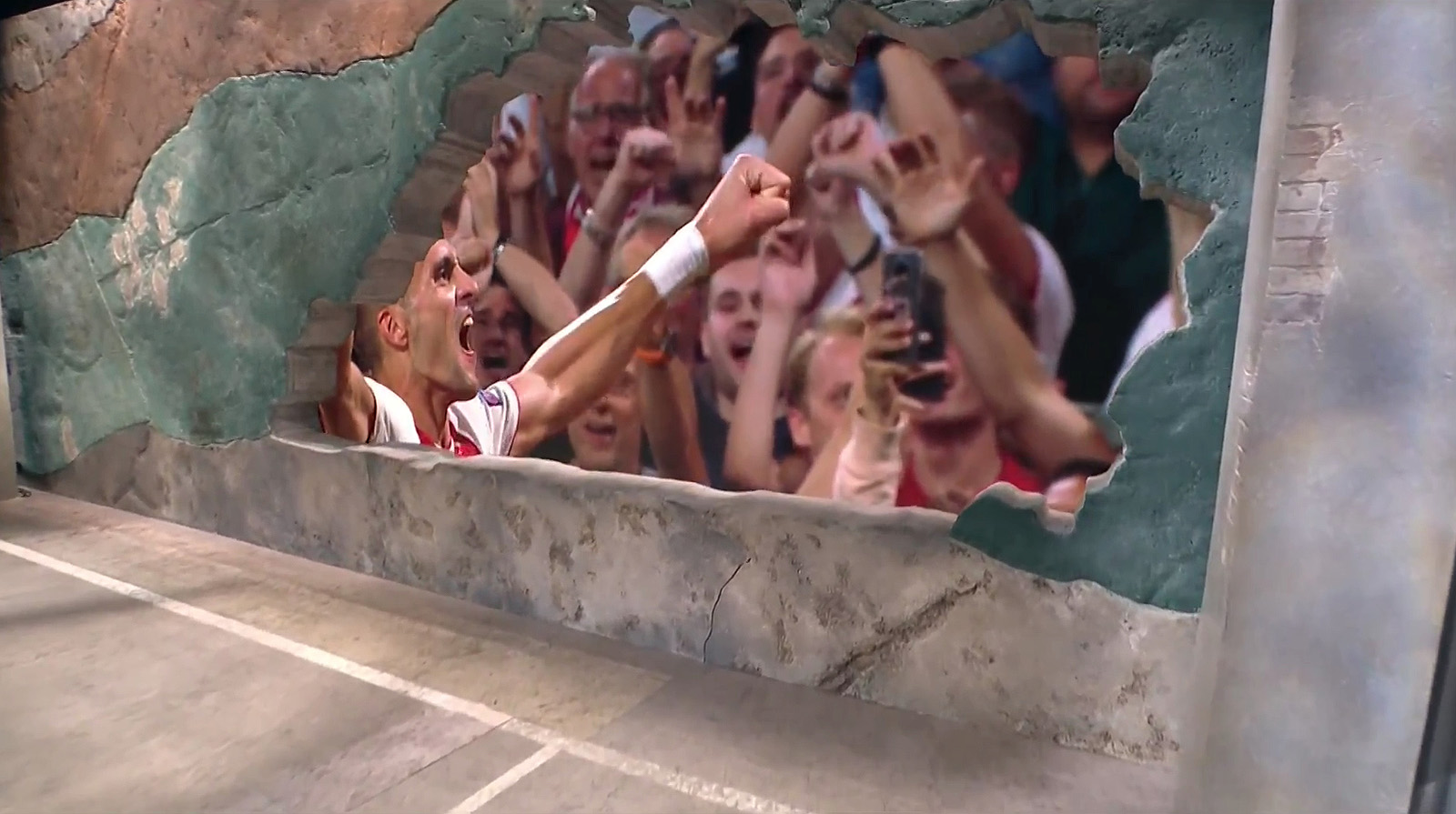 The studio’s walls feature a variety of textures and finishes, including an exposed brick painted blue with a dramatic diagonal stripe. Uneven plaster surfaces with tan, brown and teal wrap around a peak-like opening that frames a DesignLED video wall integrated by AV Design Services.

Corrugated metal continues the look. In addition, the center of the studio features a concrete pillar with a vertical video panel and faux exposed piping, used primarily for bump shots.

In Los Angeles, the space includes vertical wood and backlit slats along with a graffiti-decorated wall and a video wall on higher, slightly shinier, metal girders. 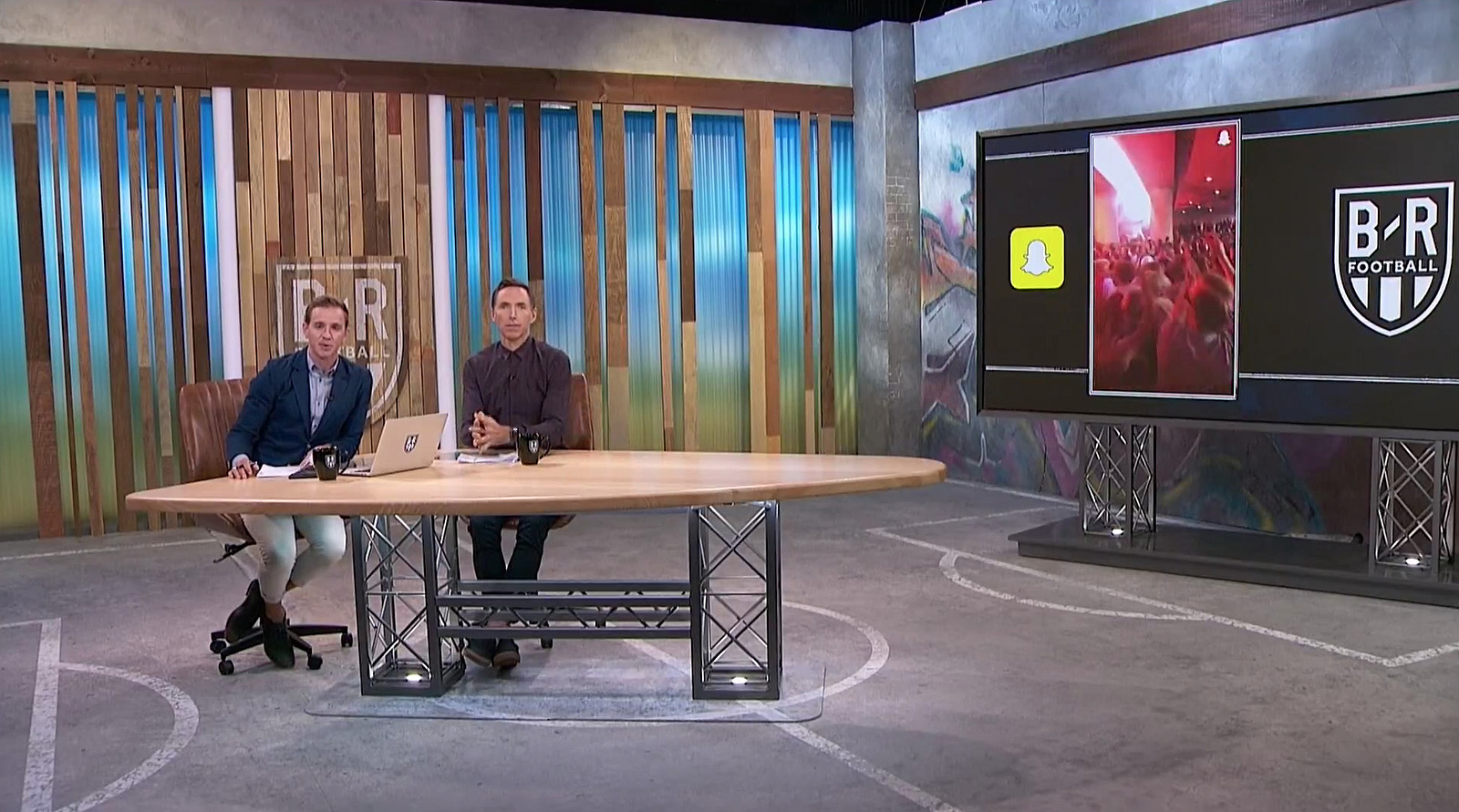 The unique surfaces and textures found in both spaces are accented with bold lighting from Roger Dalton in L.A. and Garvin Rountree in Atlanta.