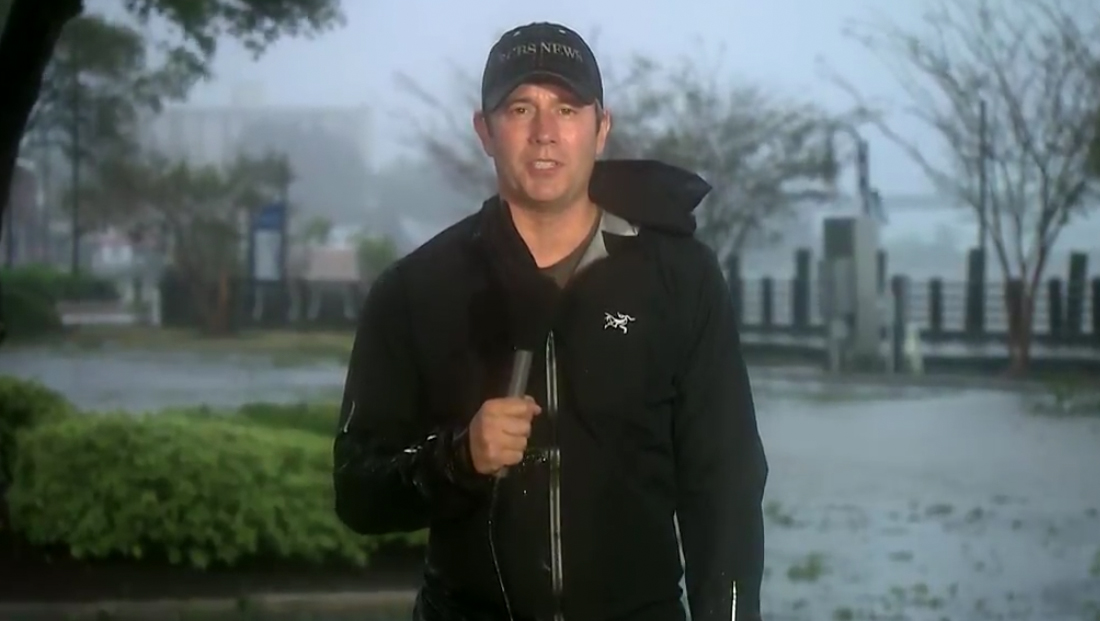 All three network evening newscasts originated — once again — from North Carolina again Friday night as to aftermaths of Hurricane Florence continued to pelt the region with wind and water.

CBS offered an extended, hourlong edition of the “CBS Evening News” anchored by Jeff Glor, who appeared wet and windswept from his live shot location in Wilmington.

Glor anchored slightly inland from the shore of the Cape Fear River, where the effects of the now downgraded Tropical Storm Florence could be seen. 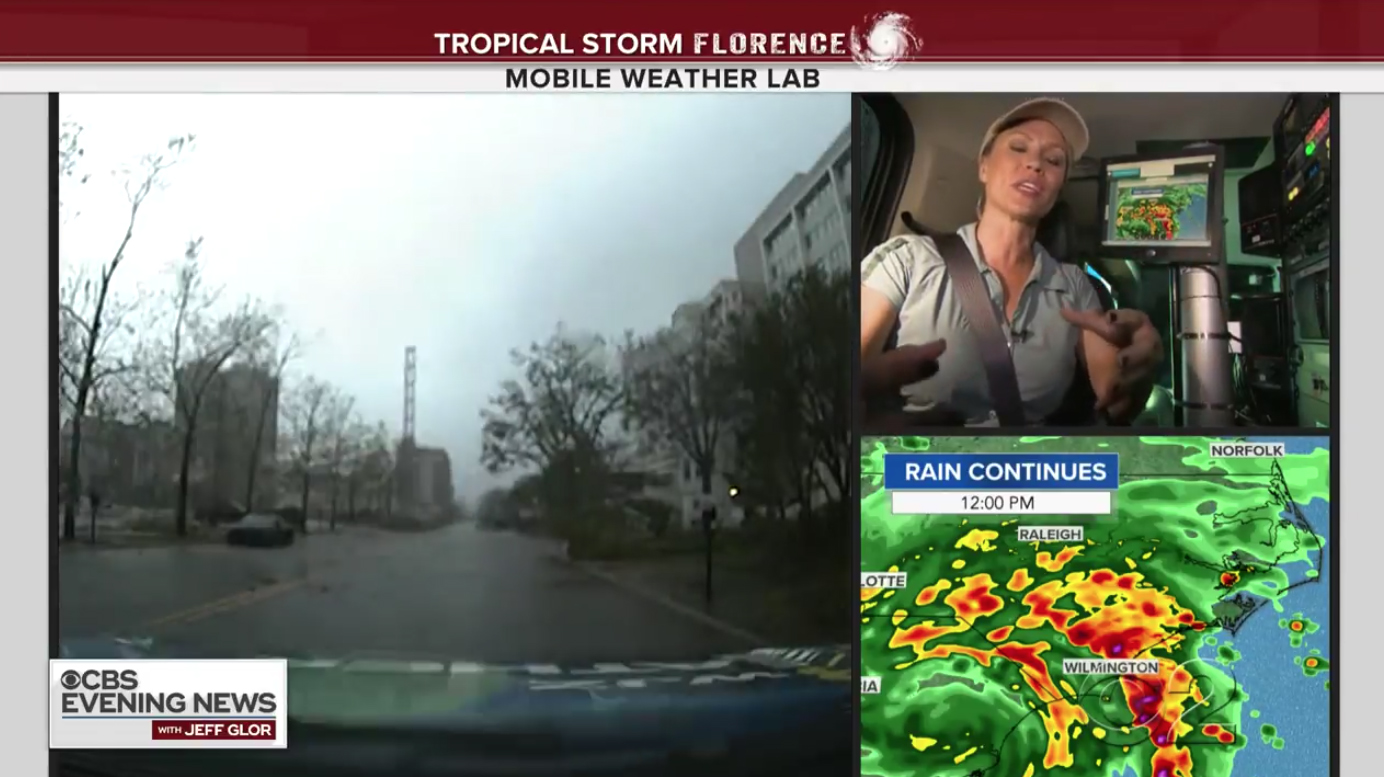 In addition to a small fleet of correspondents spread out across North and South Carolina, CBS also brought in Megan Glaros, a meteorologist at the CBS O&O in Chicago WBBM.

Glaros has been contributing regularly on the network’s newscasts and appeared in what CBS dubbed the “Mobile Weather Lab” on Friday night’s edition.