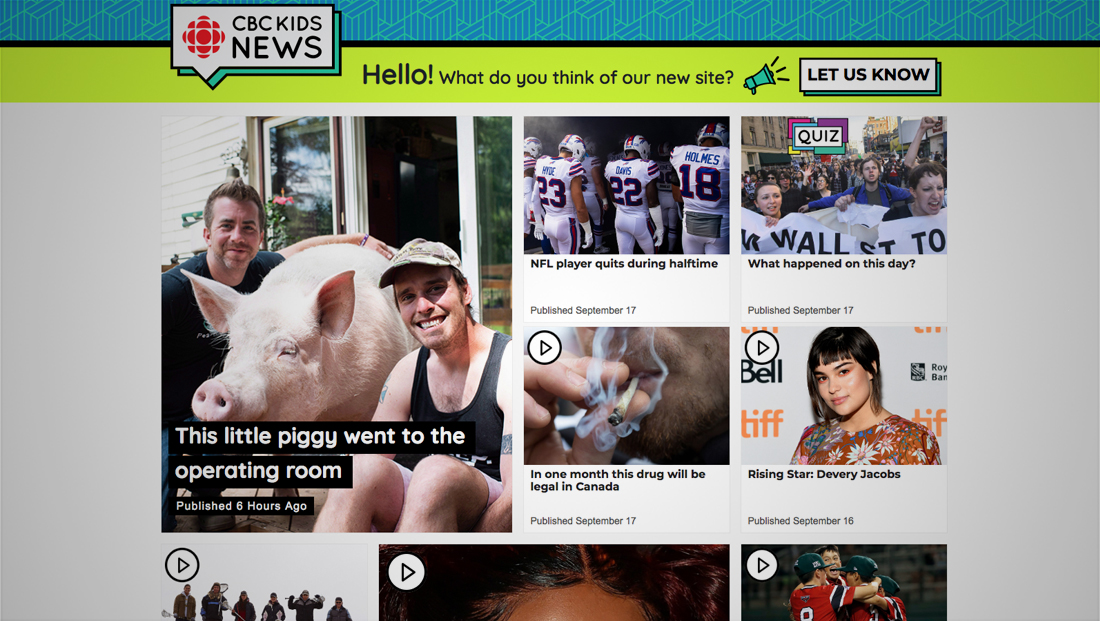 The site, which can be accessed at cbckidsnews.com but forwards to www.cbc.ca/kidsnews, features a bright color palette, large photo driven headline boxes and curated content aimed at kids aged 9 to 13.

The move is part of an overall effort to reach younger audiences that includes new Snapchat Discover segments.

The site’s stories, which feature headlines such as “This little piggy went to the operating room,” feature oversized imagery and large typography, presumably to make it easier for kids to read.

For the most part, the site seems to focus more on lifestyle, offbeat and pop culture news, though some serious topics, such as Hurricane Florence, have also been covered since the site official went live earlier this month.