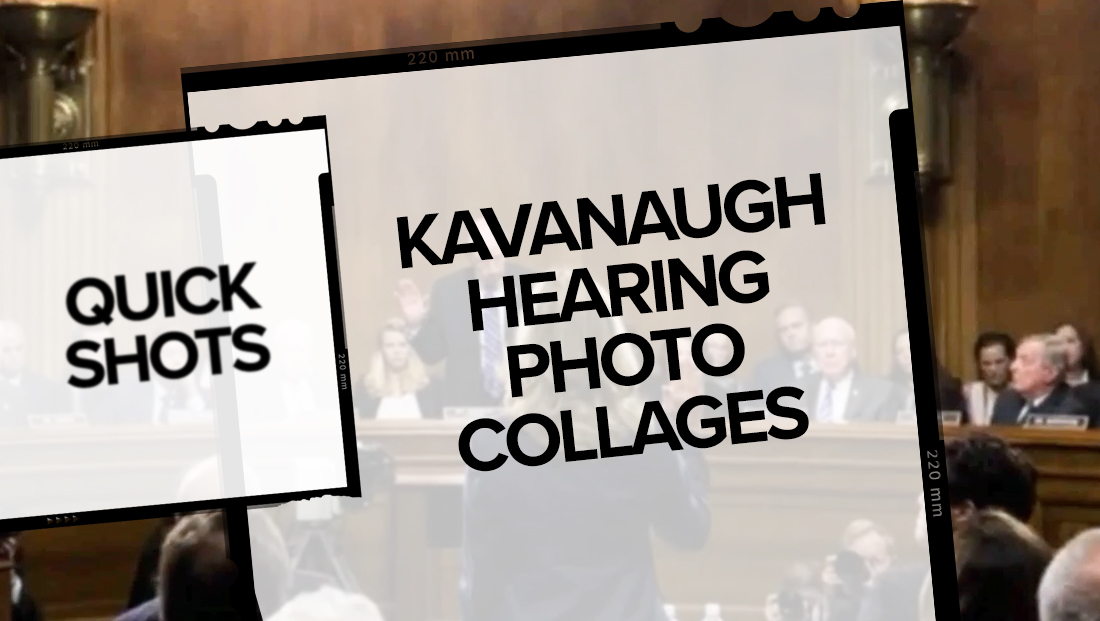 After wrapping up special reports on the hearing featuring testimony from a woman accusing Supreme Court nominee Brett Kavanaugh of sexual assault, ABC and CBS both ran dramatic collages of photos from throughout the day.

Both networks also played their special report musical bed under the photos, giving the closings an even more dramatic feel.

CBS’s closing segment matched its editing style of syncing at least some of the transitions to the beat of the music — much like the “headlines” segment it airs at the top of the “CBS Evening News.”