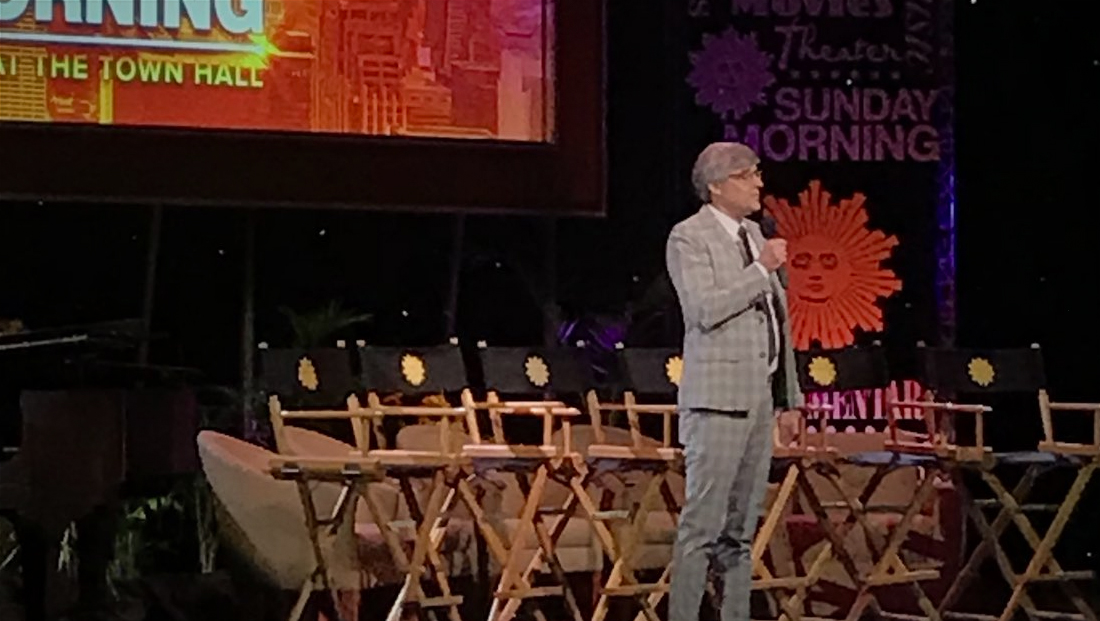 The event, entitled “An Evening with ‘CBS Sunday Morning’ Live,” was held at New York City venue Town Hall, Monday, Oct. 1, 2018 and featured an eclectic panel of guests, including movie star Hugh Jackman and the cast of “Murphy Brown.”

Thank you to everyone who joined us at #CBSSundayLive! ? pic.twitter.com/WdHO8ysskv

An on stage video wall suspended above an interview area featured graphics with blue, pink and gold color scheme inspired by the show’s graphics and studio design.

In addition, freestanding glass panels flanked the interview area, though it’s not clear if they are the same ones used in the studio set or built for the event.