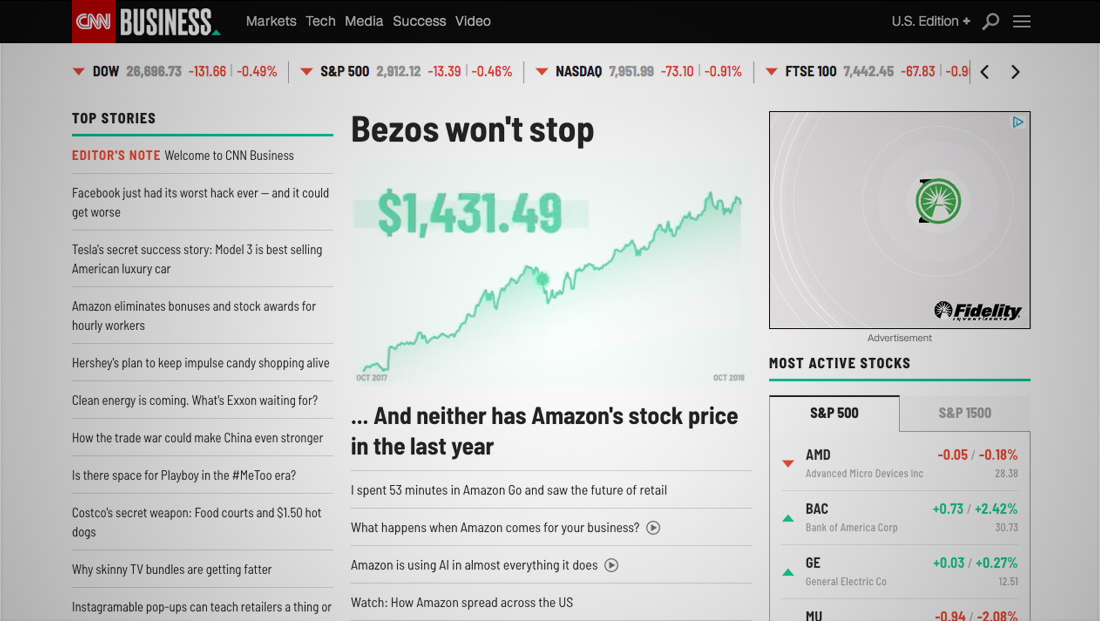 CNN has opened the digital doors of CNN Business, its new brand for financial, consumer, tech and media news.

Along with the brand’s new logo design, The site has been moved from the subdomain money.cnn.com to cnn.com/business and the Twitter and Facebook handles switched to @CNNBusiness.

Old stores, at least for now, remain hosted on the money.cnn.com subdomain, though with the updated navigation and Business branding. 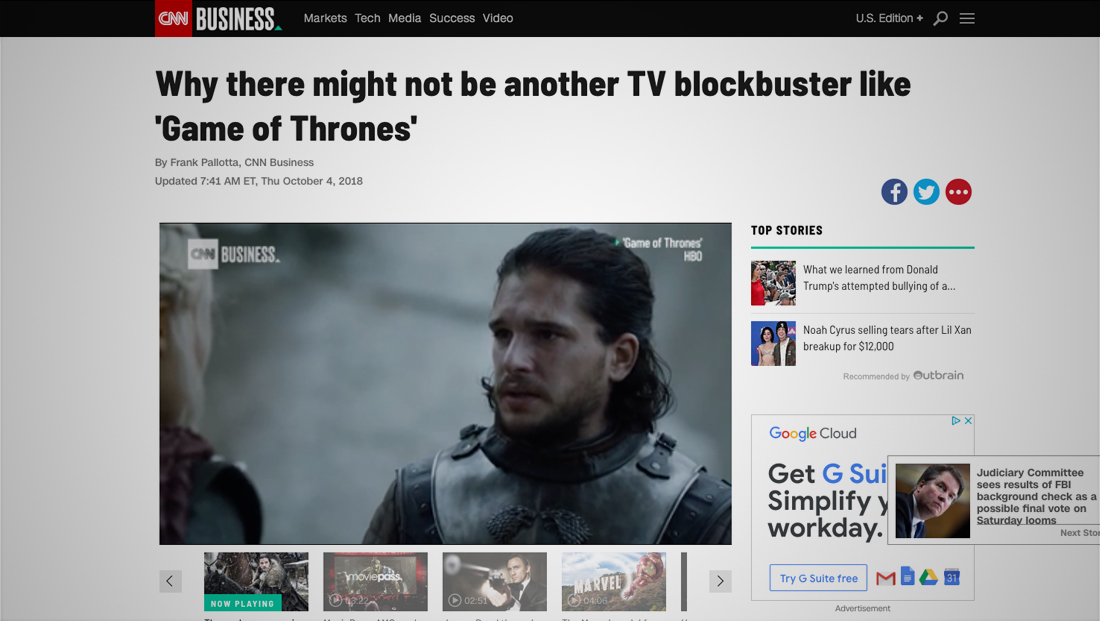 Despite the hint in the brand’s launch date that a bright teal-green might play a prominent role, the color palette stocks mostly to black and red — with that green making appearances in the upward arrow accent in the logo along with “positive” stock indicators.

The upward arrow is also used against a black background in the site’s favicon.

For headlines, CNN appears to be using a variation of its CNN Sans custom typeface — named CNN Business, at least according to an analysis of the HTML code. 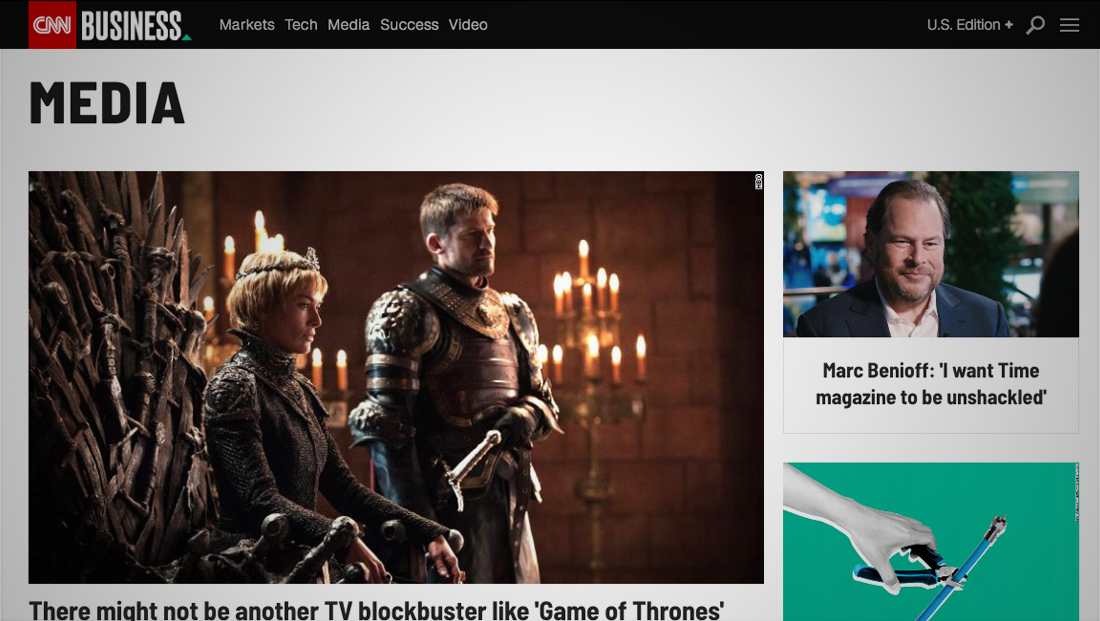 Overall the headline fonts are slightly darker and narrower — as well as a bit blockier and sturdier.

Body text, however, appears to be rendered in standard CNN Sans.

The design of the site isn’t anything groundbreaking, though does feature generous spacing and large images.