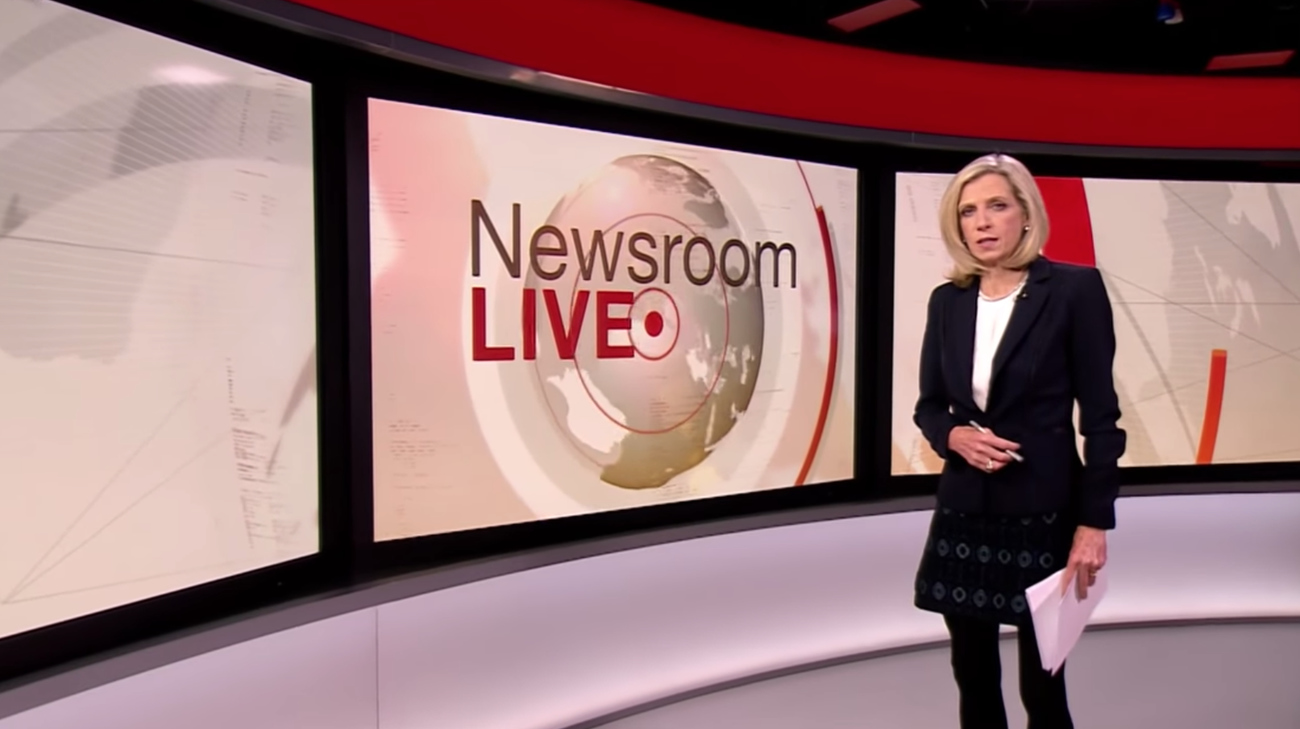 Along with some technical issues this week, BBC also debuted a revamped opening for its “BBC Newsroom Live” news program.

The new open follows the current BBC look and color palette with a flat design style, mixing circular elements and a globe cutout. 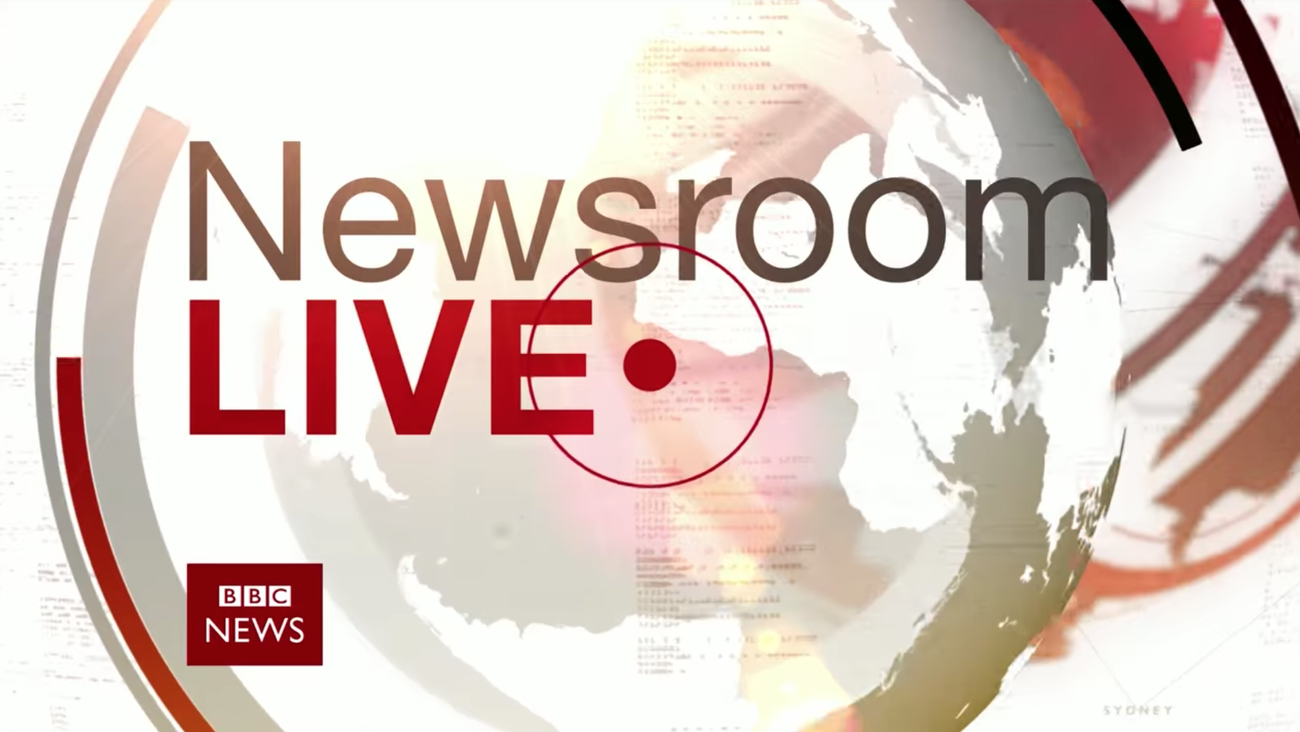 Emanating, circular pulses overlay the various elements ending as a dot trailing the word “live.” Rings continue to spin around the scene as the open fades into a beauty shot of the BBC newsroom with the LED marquee sharing similar program branding.