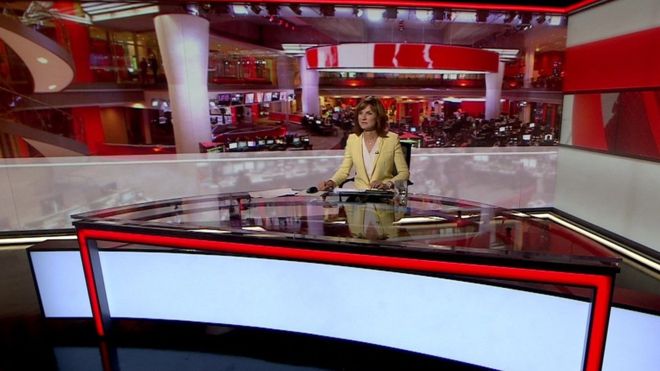 BBC News had a total failure of its Broadcasting House news production software OpenMedia prior to the network’s evening news bulletins on Wednesday, Oct. 10, 2018.

With the crash at around 15:00 BST or 3 p.m. London time, BBC World News and BBC News Channel were forced to roll taped programming from earlier in the day.

Due to a technical issue we're currently running recorded programming on our live news channels. We're working hard to resolve this as quickly as possible. The BBC News website is operating normally.

Bruce and Easton received a police escort for the facility before anchoring the newscast from the recently debuted set of “BBC Politics Live” with a pre-taped view of the normal Broadcasting House newsroom background.

In a taxi with Fiona Bruce and editor of @BBCNews at 6 heading for Millbank. Studio at BH gone down!! Traffic dreadful. Aagghhh! pic.twitter.com/MjnPDgT5Jp

Correction: An earlier version of this story incorrectly used part of another news software program’s name in identifying what caused the technical issues. BBC uses OpenMedia.