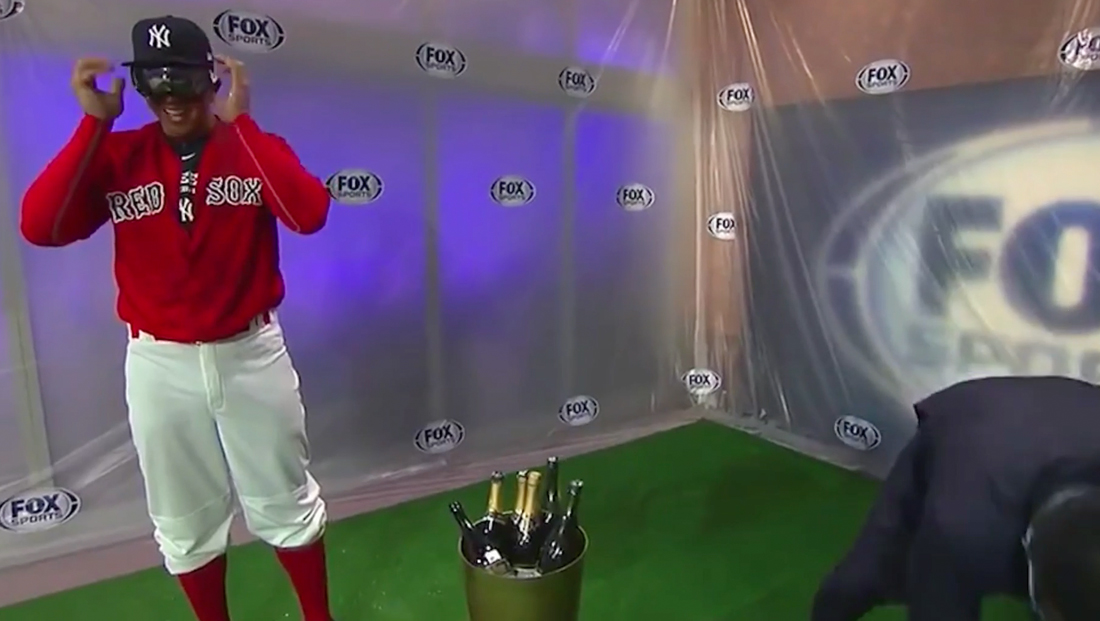 After a previous incident when retired New York Yankees player Alex Rodriguez broke a video wall on a Fox Sports set, the network proactively plastic wrapped its set for another “A-Rod” visit.

Rodriguez was brought on the set to have Champagne doused on him after the Boston Red Sox beat the Yankees — with A-Rod sporting a Red Sox jersey.

Apparently realizing the unpredictably of liquid and Champagne foam, Fox wisely decided to protect many of the surfaces of its set, including some video walls and backlit panels.

Fox draped almost an entire corner of its set with plastic, including parts of the floor. To liven up the look a bit, Fox Sports decals were stuck on the plastic sheeting in a step-and-repeat pattern.