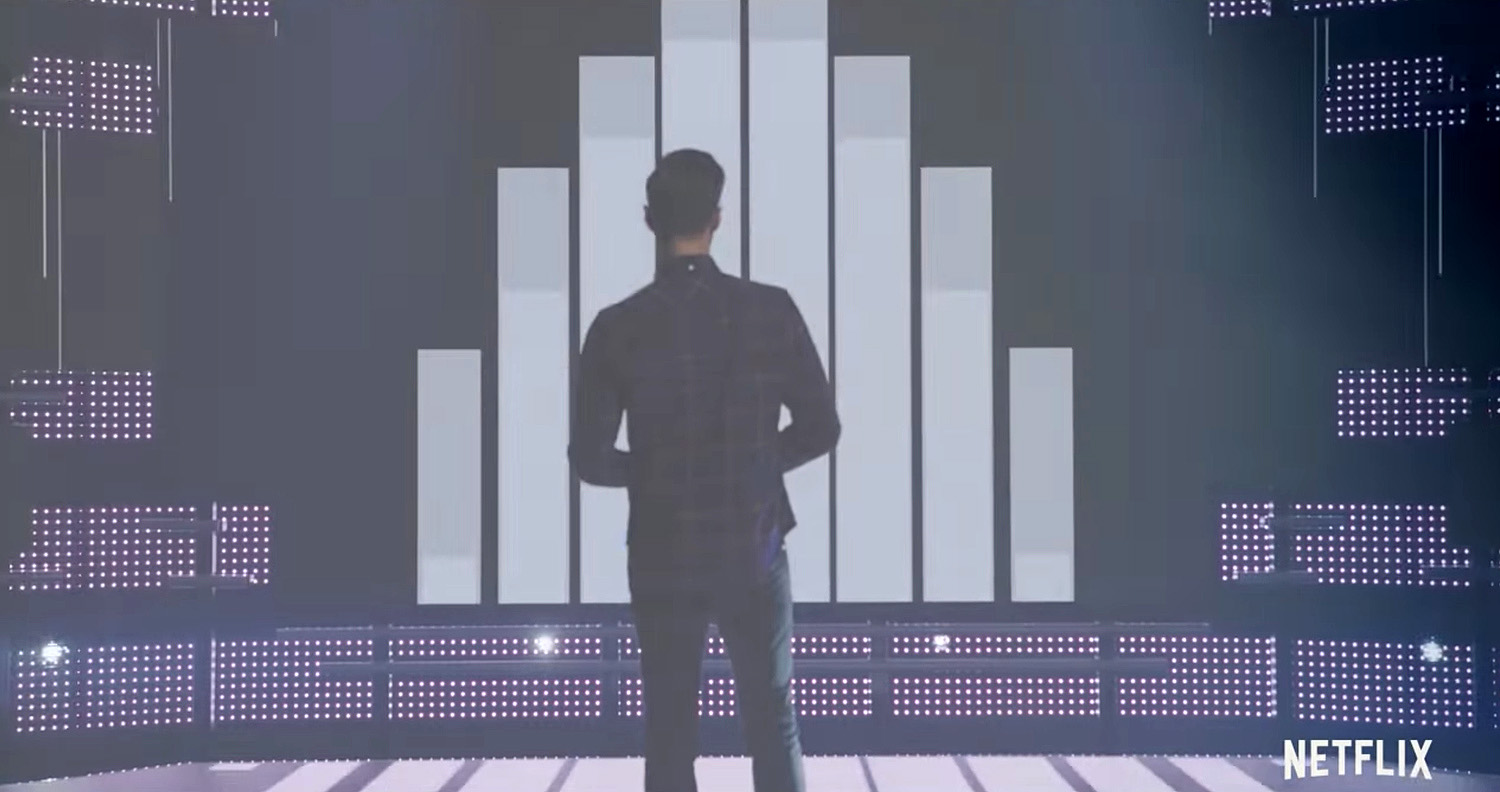 The latest teaser for the show gives a glimpse at the scenic design while not giving away too much.

As Minhaj enters the studio, lights flicker and pulse as the camera pulls back to reveal the “Patriot Act” logo.

“Patriot Act” debuts October 28 and will have new episodes every Sunday with a 32-episode order from Netflix.

The show follows the demise of “The Break with Michelle Wolf” and “The Joel McHale Show Starring Joel McHale,” both which experimented with a non-binge format on the streaming service.