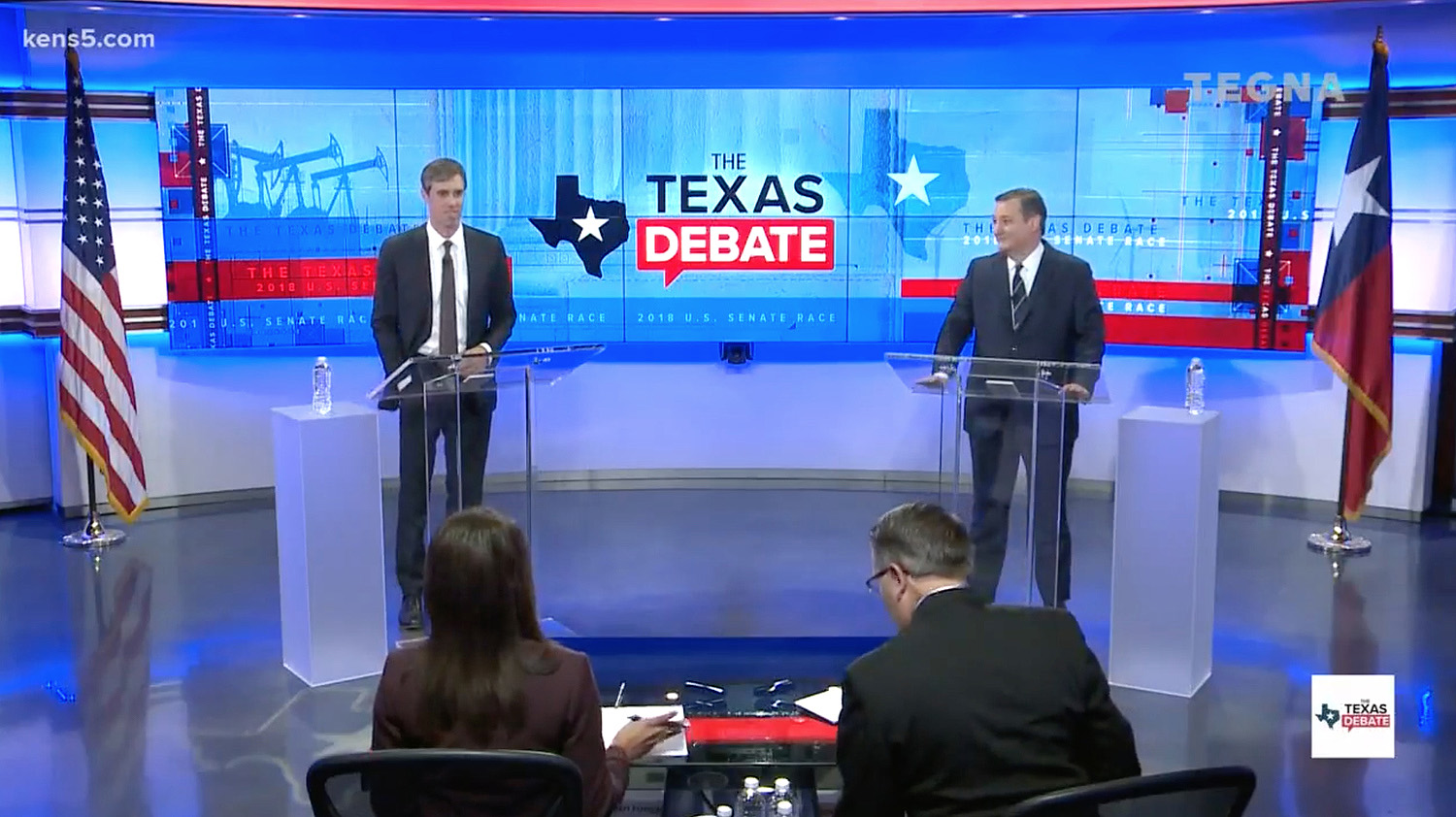 The broadcast was made available statewide via Tegna’s 11 Texas stations, which cover 85% of the state, along with other broadcasters who picked up the feed.

For the debate, branded as “The Texas Debate,” KENS utilized its main news studio, swapping the anchor desk for a live studio audience. 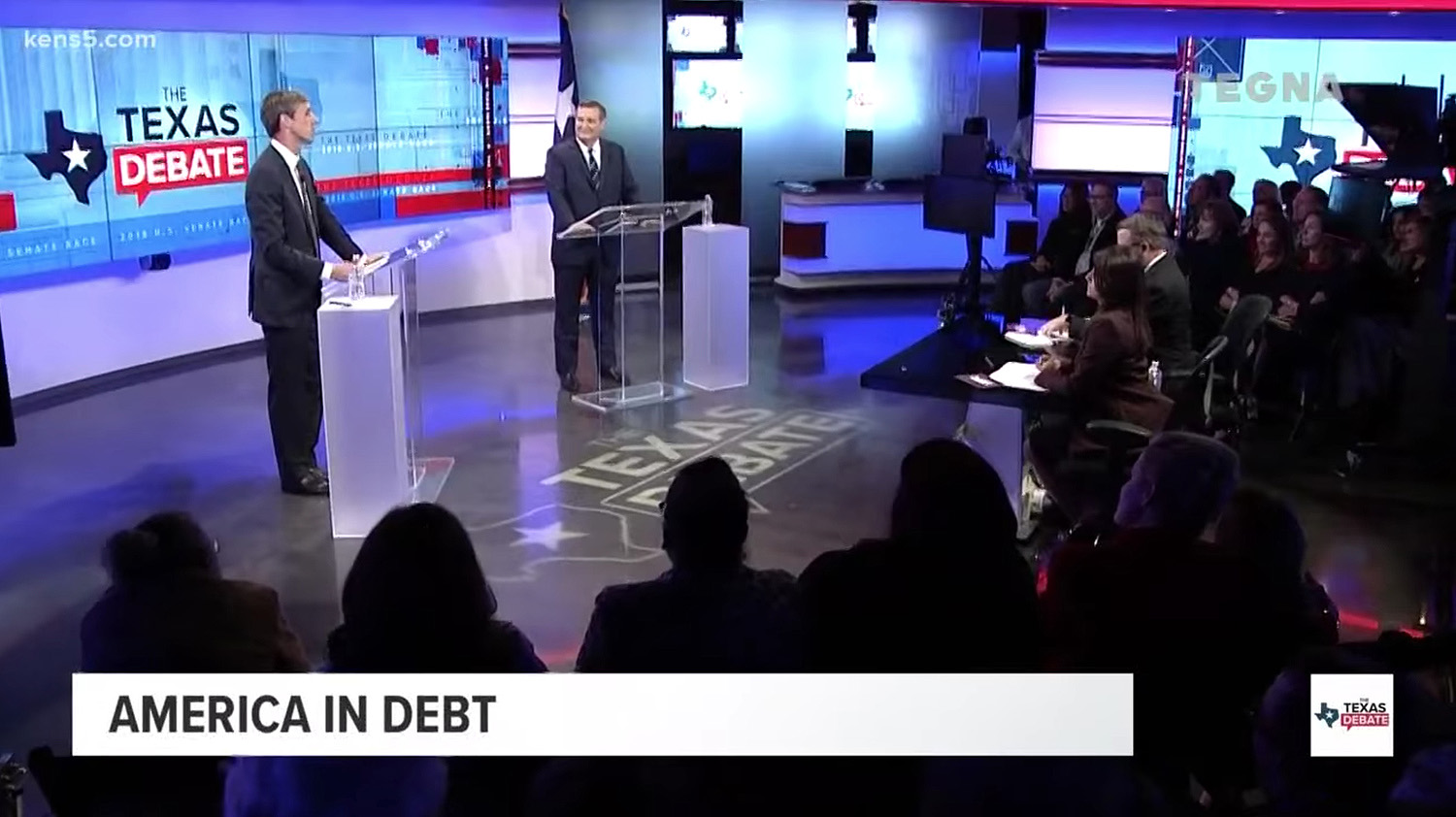 Simple, clear-acrylic lecterns were placed in front of the set’s large 5×2 monitor array, which normally features imagery of San Antonio. In this case, the video wall showed branding including the debate’s logo along with symbols of Texas and Capitol Hill.

The set’s lighting put the center of attention on Cruz and O’Rourke, with the audience falling to black. Internal lighting on the various walls featured soft blue and purple hues while the floating header was bright red. 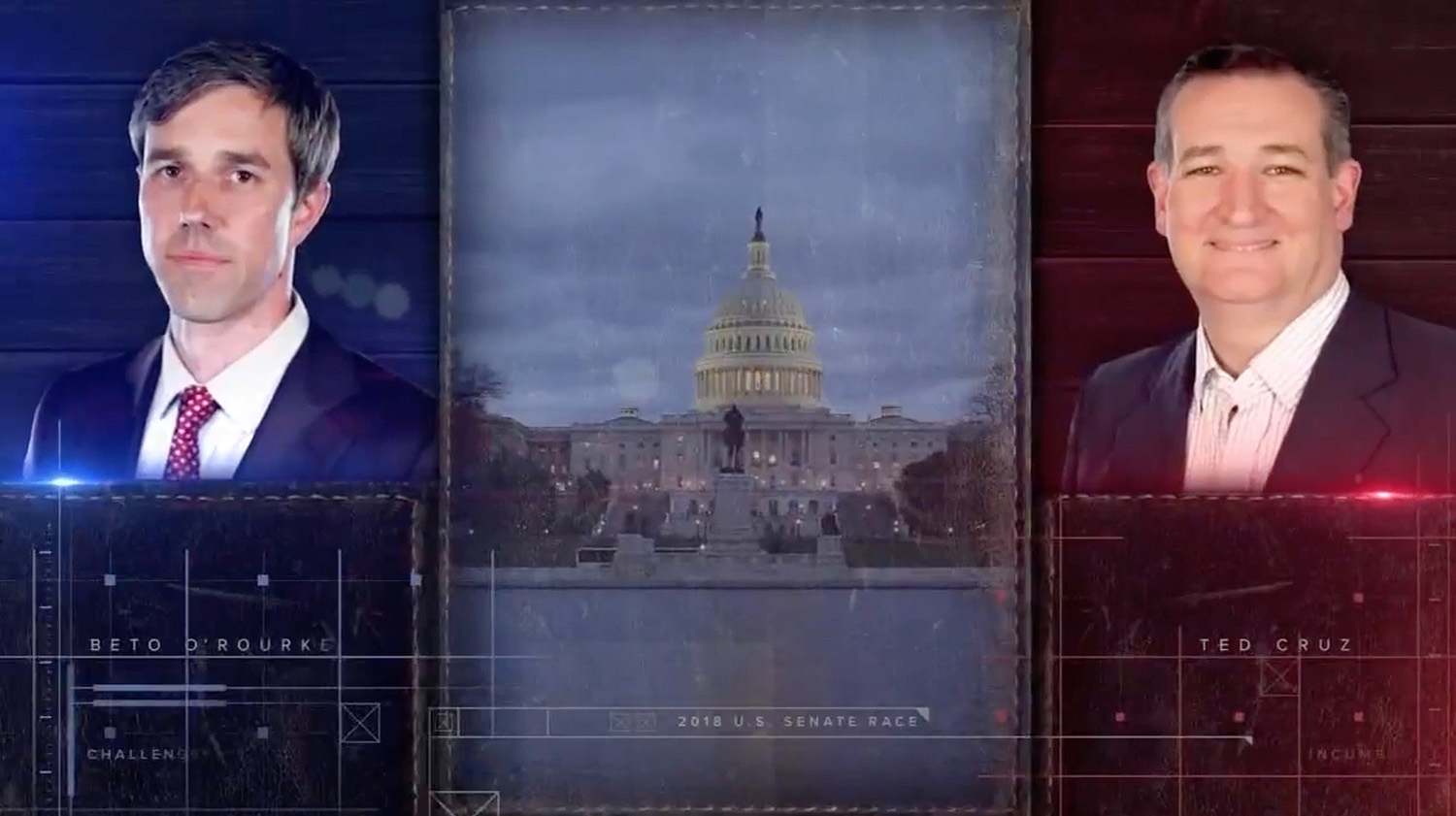 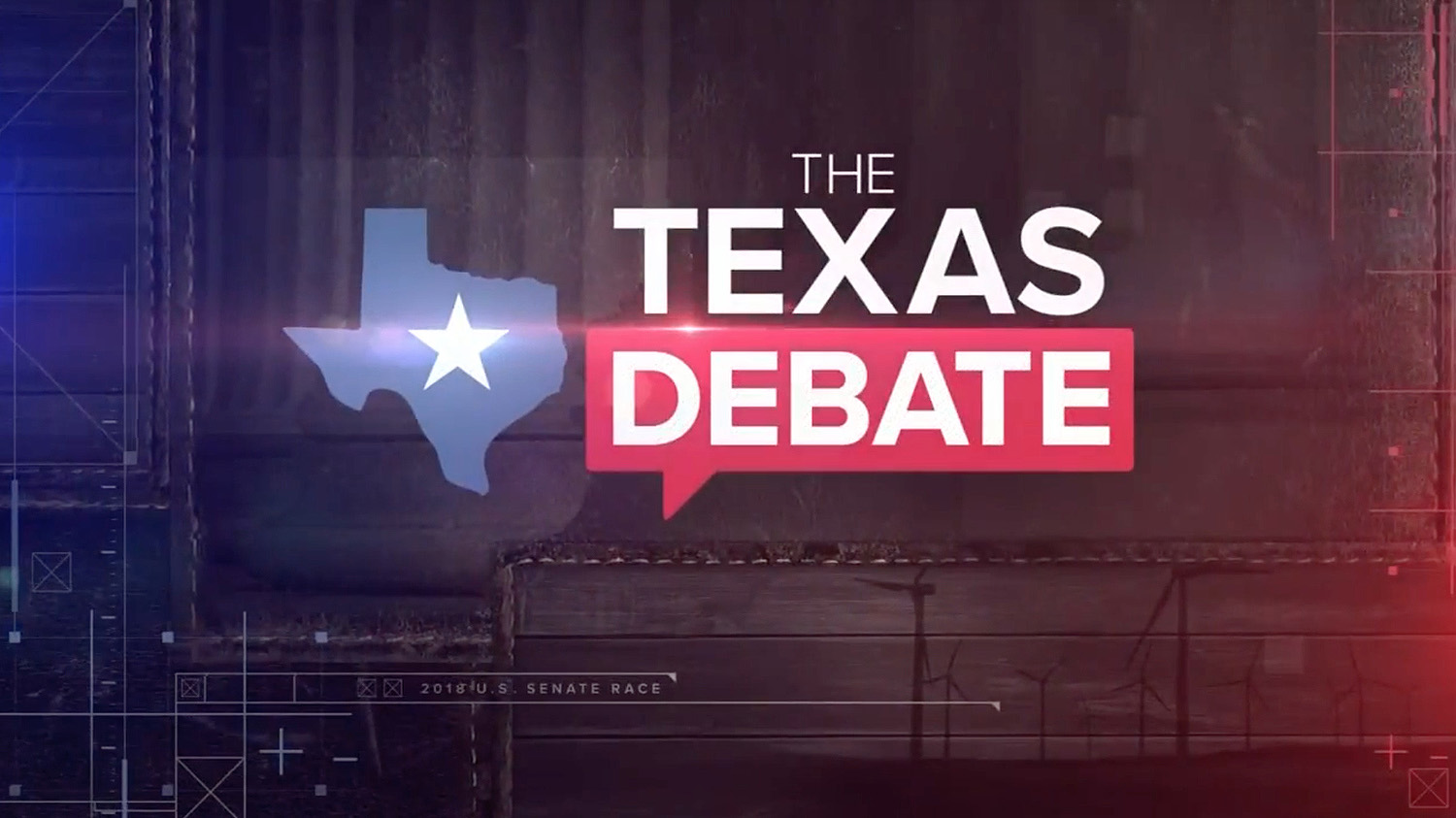 Along with KENS, WFAA’s Victory Park studio was utilized as a social media center for the debate.