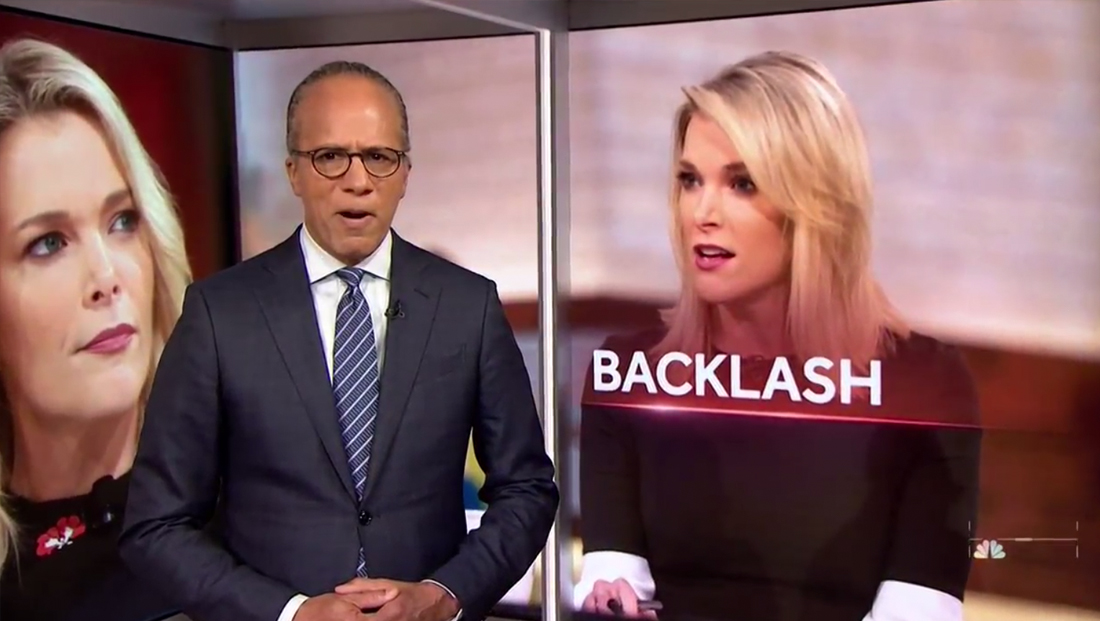 After comments she made about the use of “blackface” in Halloween costumes stirred up controversy, one of NBC’s employees, Megyn Kelly, found herself in the headlines.

NBC was, of course, stuck in the awkward position of having to cover the remarks made by one of its own employees on one its own shows.

“NBC Nightly News” featured the story approximately 14 minutes into its Tuesday, Oct. 23, 2018, broadcast, with anchor Lester Holt standing in the show’s video wall alcove in front of photos of Kelly and the word “backlash.”

Holt’s introduction to the package noted the comments were viewed as “tone deaf.”

Kelly’s comments were made on her morning talk show, “Megyn Kelly Today,” as part of a discussion about Halloween costumes.

CBS and ABC did not cover the story Tuesday on “CBS Evening News” or “ABC World News Tonight,” respectively.

At least one NBC O&O, WMAQ in Chicago, covered the story on its late newscast.

Kelly apologized for the comments at the start of “Megyn Kelly Today” on Oct. 24.