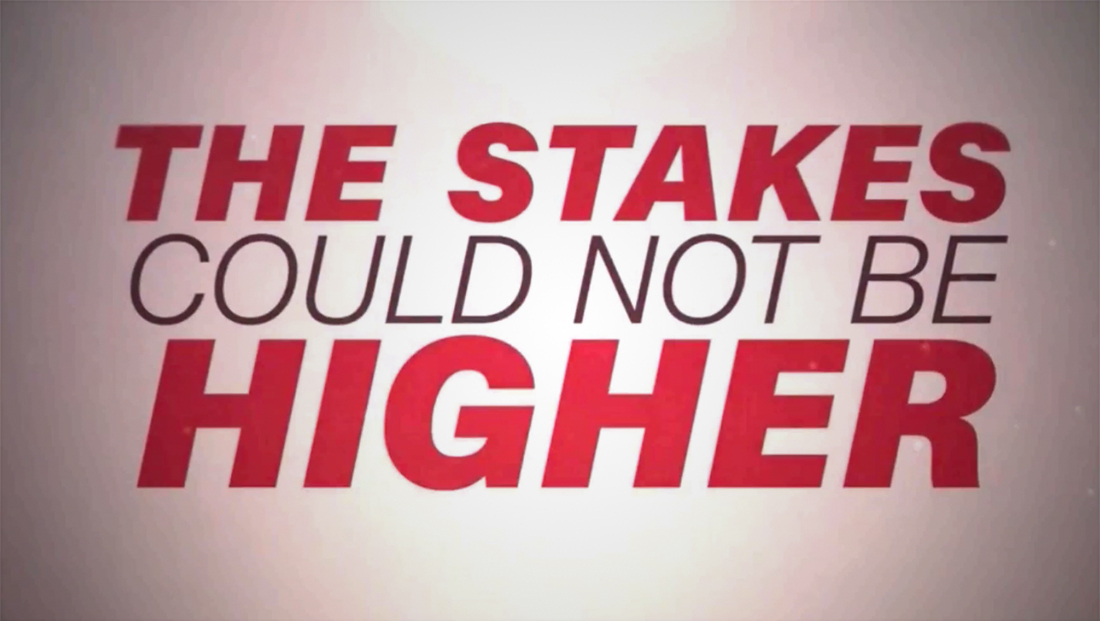 CNN is airing a hard hitting “Election Night in America” spot that channels the feel of an overly energetic sports promo.

“A country divided. A critical election. A crucial question: Who will win the chance to shape America’s future? The stakes could not be higher and the only place to watch is CNN. Election Night in America: Special live coverage Tuesday, Nov. 6 on CNN.” reads the announcer in an excited tone.

As he speaks, imagery and bold, italic text in CNN Sans flies by on screen — frequently using a thick line to “divide” the screen into dark and light segments.

It’s worth noting that the promo mentions the line “shape America’s future” — similar to NBC and MSNBC’s tagline for its “The Vote” branding.

Another version focuses on the names of CNN: