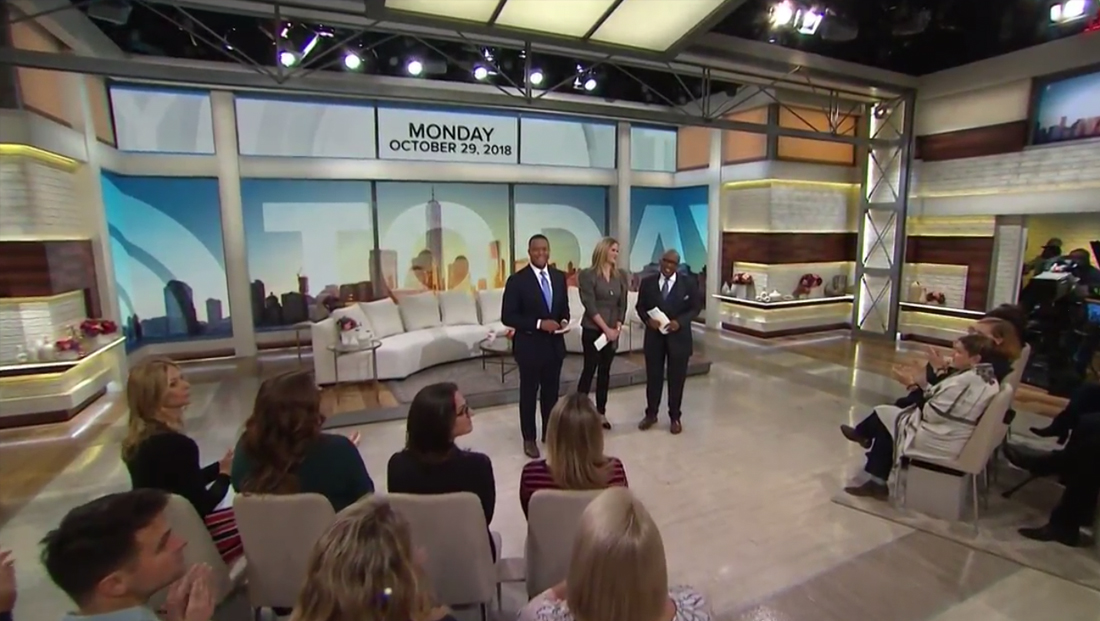 After the cancellation of “Megyn Kelly Today,” its big sister show has slowly been laying claim to Studio 6A.

“Today,” whose other three hours originate from Studio 1A, first used 6A during the later part of Monday, Oct. 29, 2018’s third hour — the same timeslot Kelly’s show previously occupied.

On Monday, Hoda Kotb, Al Roker and Craig Melvin hosted for approximately 20 minutes into the hour from Studio 1A — with Jenna Bush Hager taking over from Studio 6A. “Today” co-anchor Savannah Guthrie was on assignment in Pittsburgh. 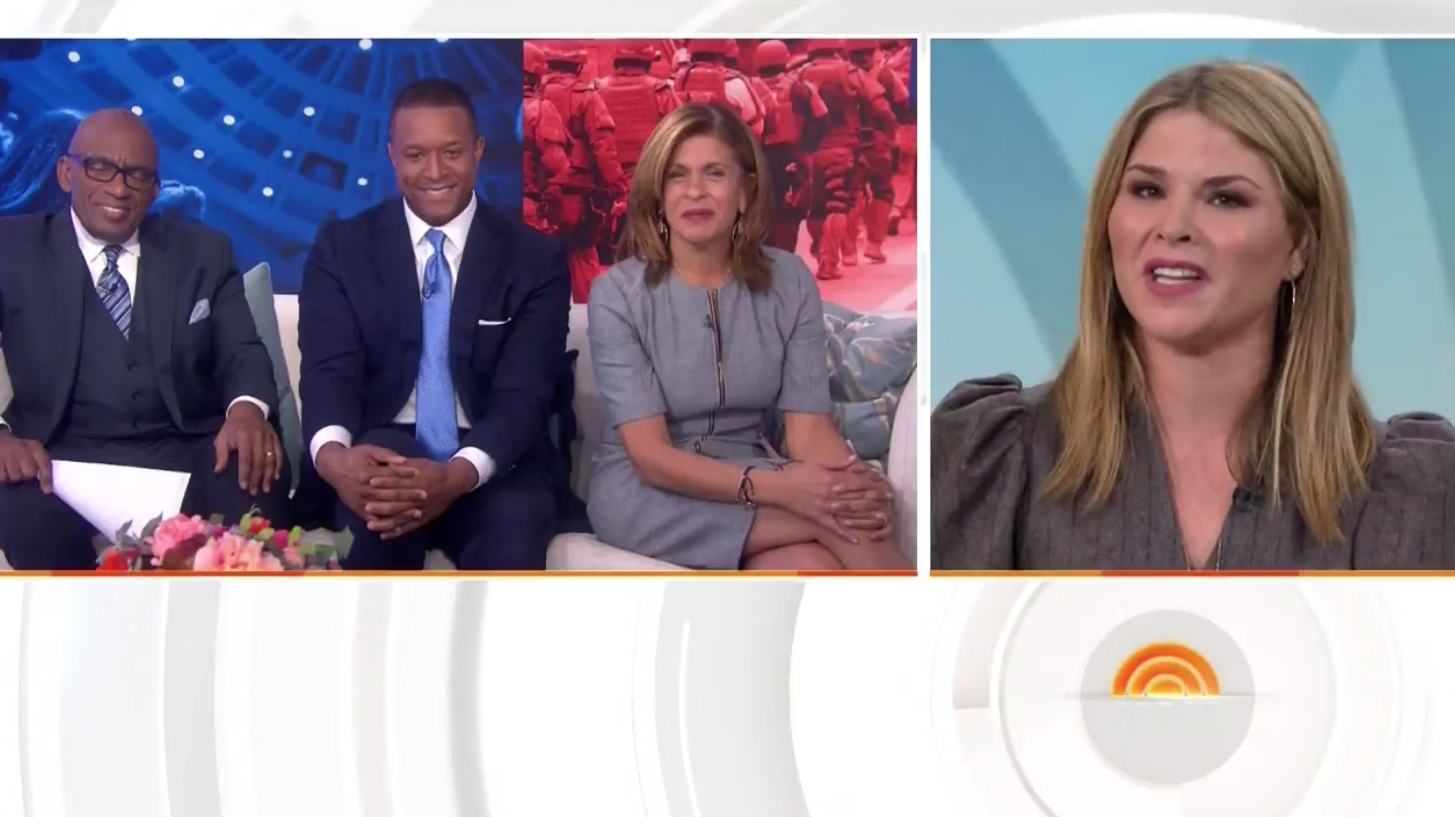 The third hour featured a modified version of the show’s normal open Monday.

Roker and Melvin would eventually make their way up to Kelly’s old studio as well, which was used for the rest of the hour.

On Tuesday, a shortened version of show’s normal animated open was used, without co-host names and modified voiceover to read “Live from Studio 6A, this is ‘Today’.”

This time around, Roker, Melvin, Guthrie and “Saturday Today” host Sheinelle Jones kicked off the show from a round table set up in home base  area of 6A. 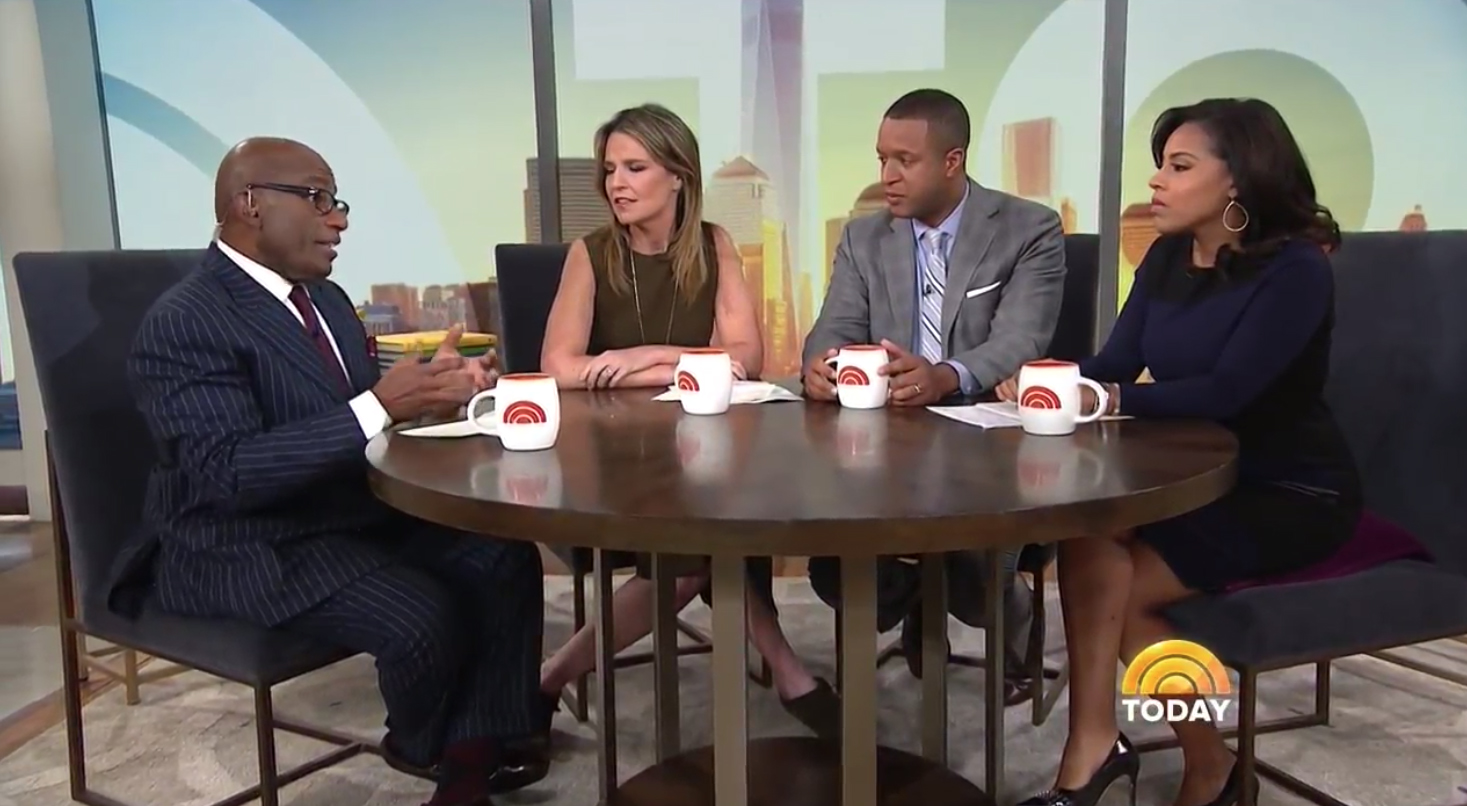 The video walls behind the round table featured a ‘sunrise’ cityscape with oversized ‘Today’ logo similar to the one often used on the 40-foot video wall in Studio 1A. 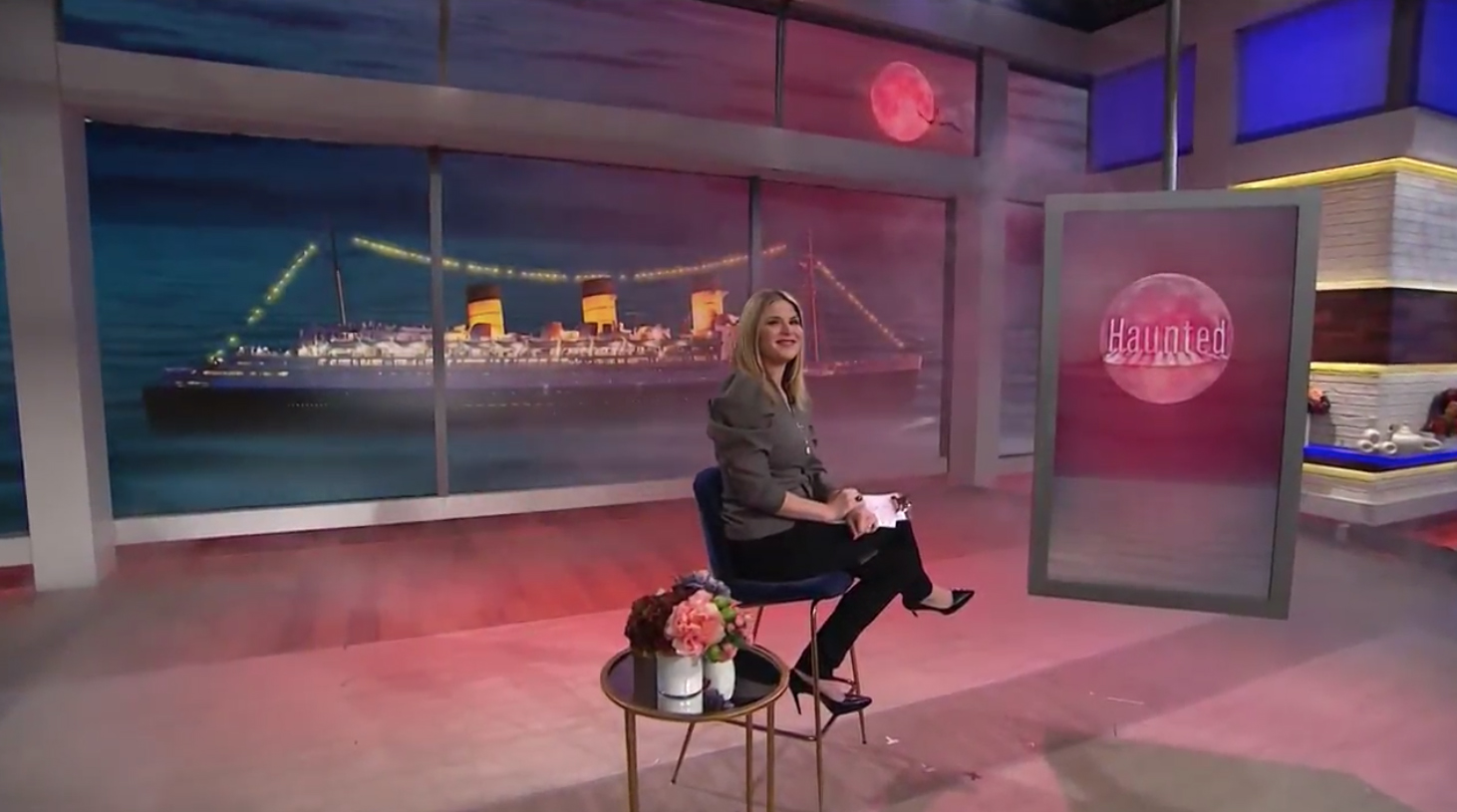 On Monday, the video walls and dramatic lighting cues were also used for the requisite Halloween-themed segments, including a story about if ocean liner-turned-hotel Queen Mary is haunted or not. 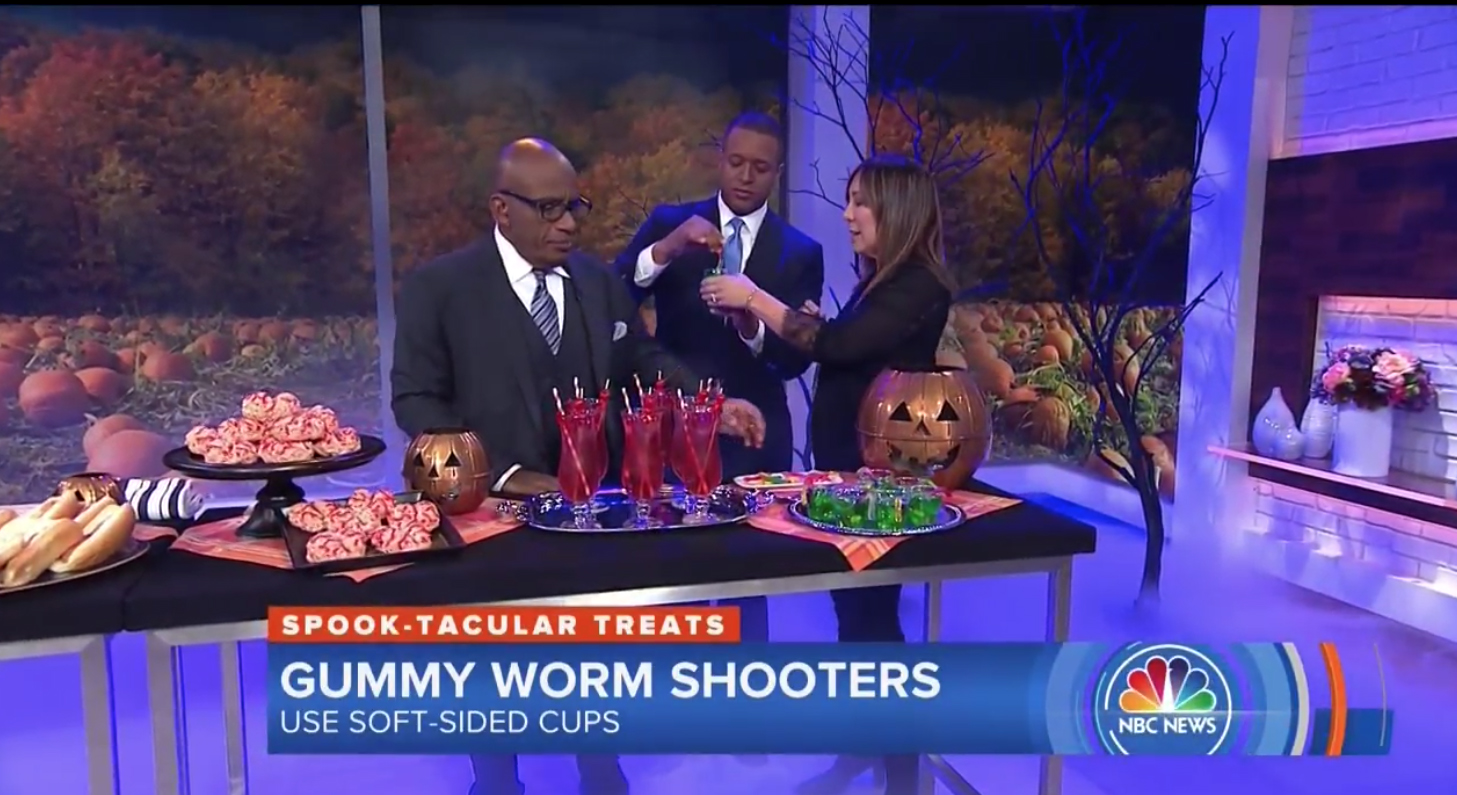 The spooky effect was also used during a cooking segment Monday. 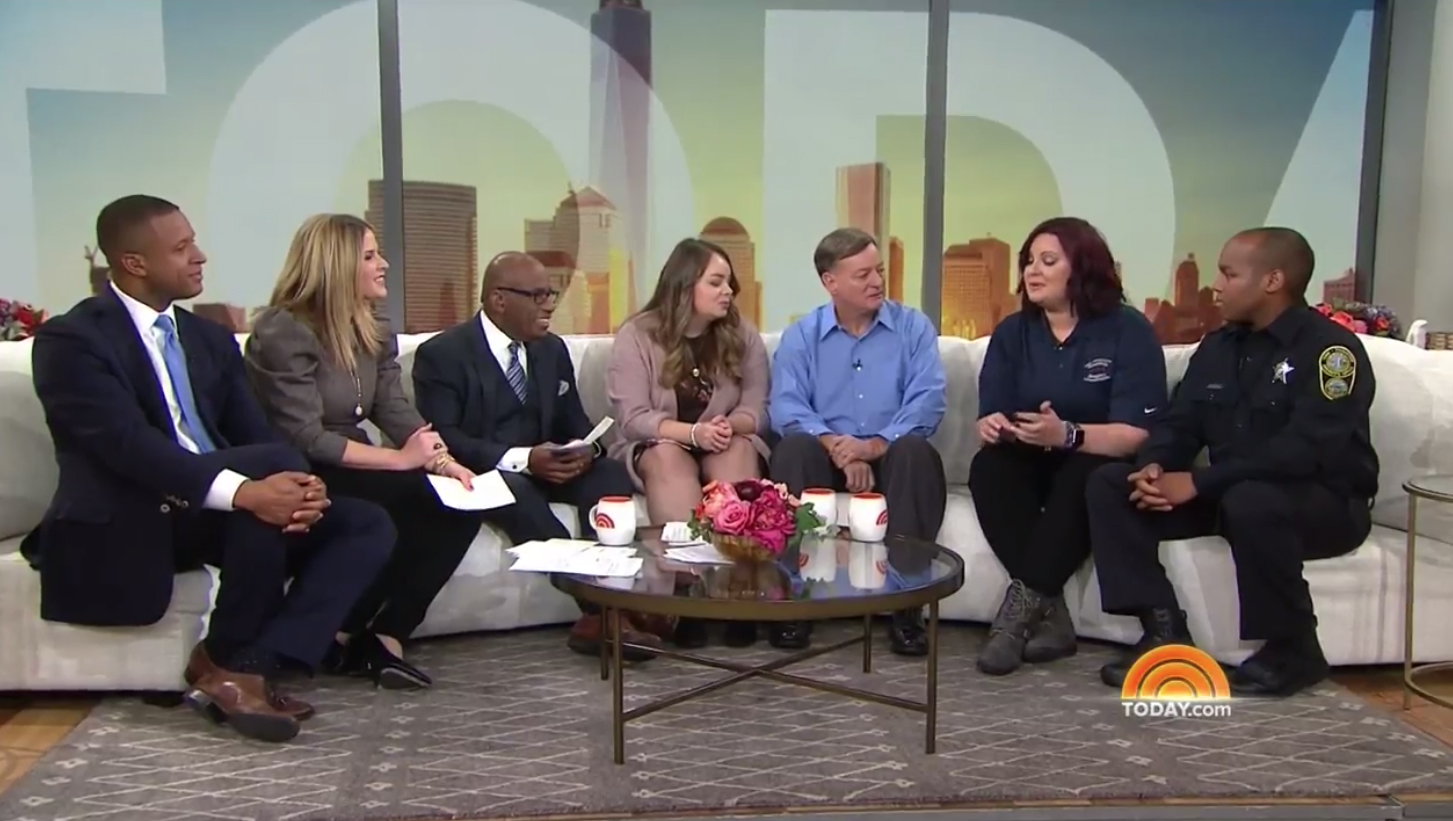 A large sofa, which was previously a more permanent fixture of Studio 1A, was brought out Monday to allow for seating for four guests plus three hosts.

In addition to the video walls and Halloween-themed lighting cues, the integrated accent lights have been changed to yellow during other segments. The third hour of the show also features less insert graphics and also forgoes the use of the “namedropper” ticker — adding that to the hour would require coordinating with all local NBC affiliates.