Steve Kornacki’s ‘Big Board’ gets big update for 2018 midterms 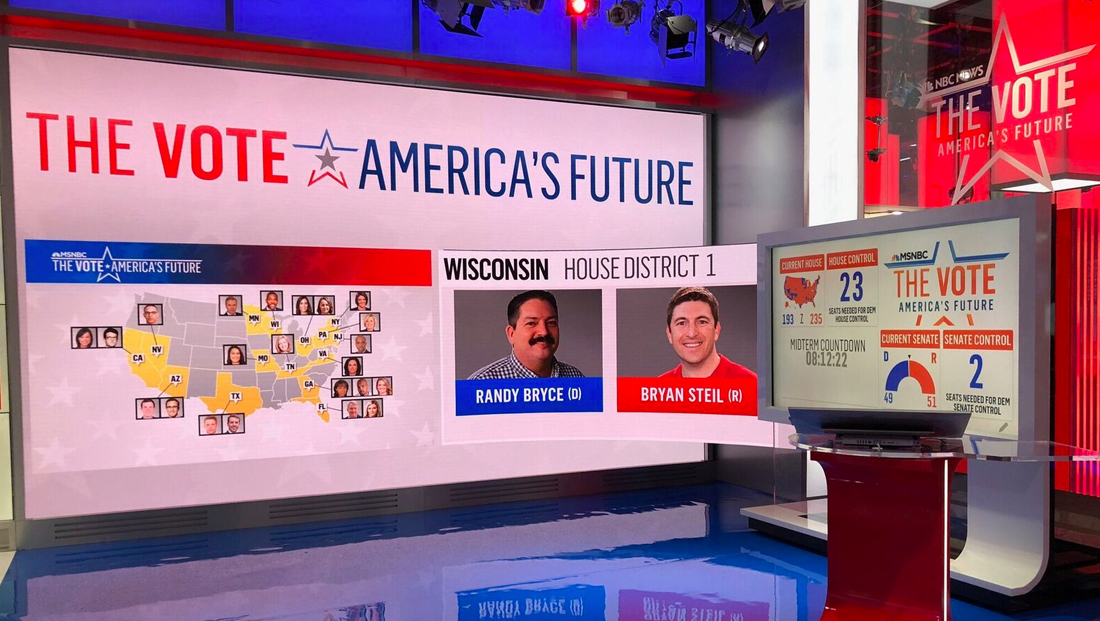 Steve Kornacki’s name has become almost synonymous with his famous “Big Board” — an interactive digital touchscreen used to plot and chart election data — and his high tech toy is getting a big update for the 2018 midterm election. 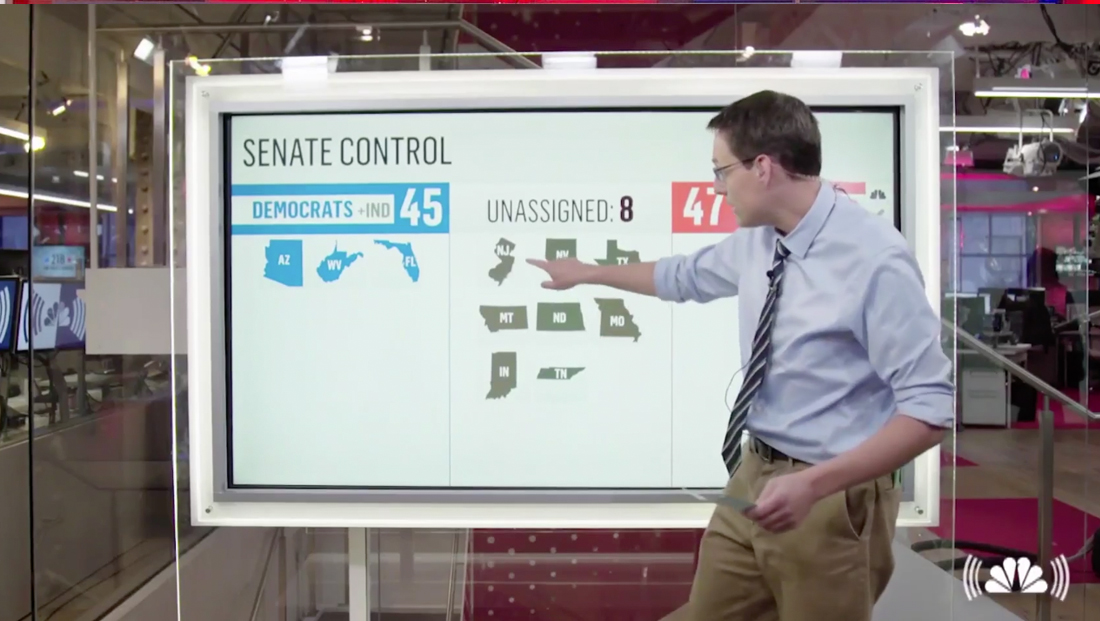 Kornacki’s use of the board — and enthusiastic gesturing — even earned him a nod on “Murphy Brown” last week.

So, with the “historic” 2018 midterm elections upon us, it’s no surprise NBC decided to up the ante with the “Big Board.”

The board has relaunched with an all-new look using cutting-edge software developed by E.J. Fox, Michael Small and the NBC News Digital product and technology teams. 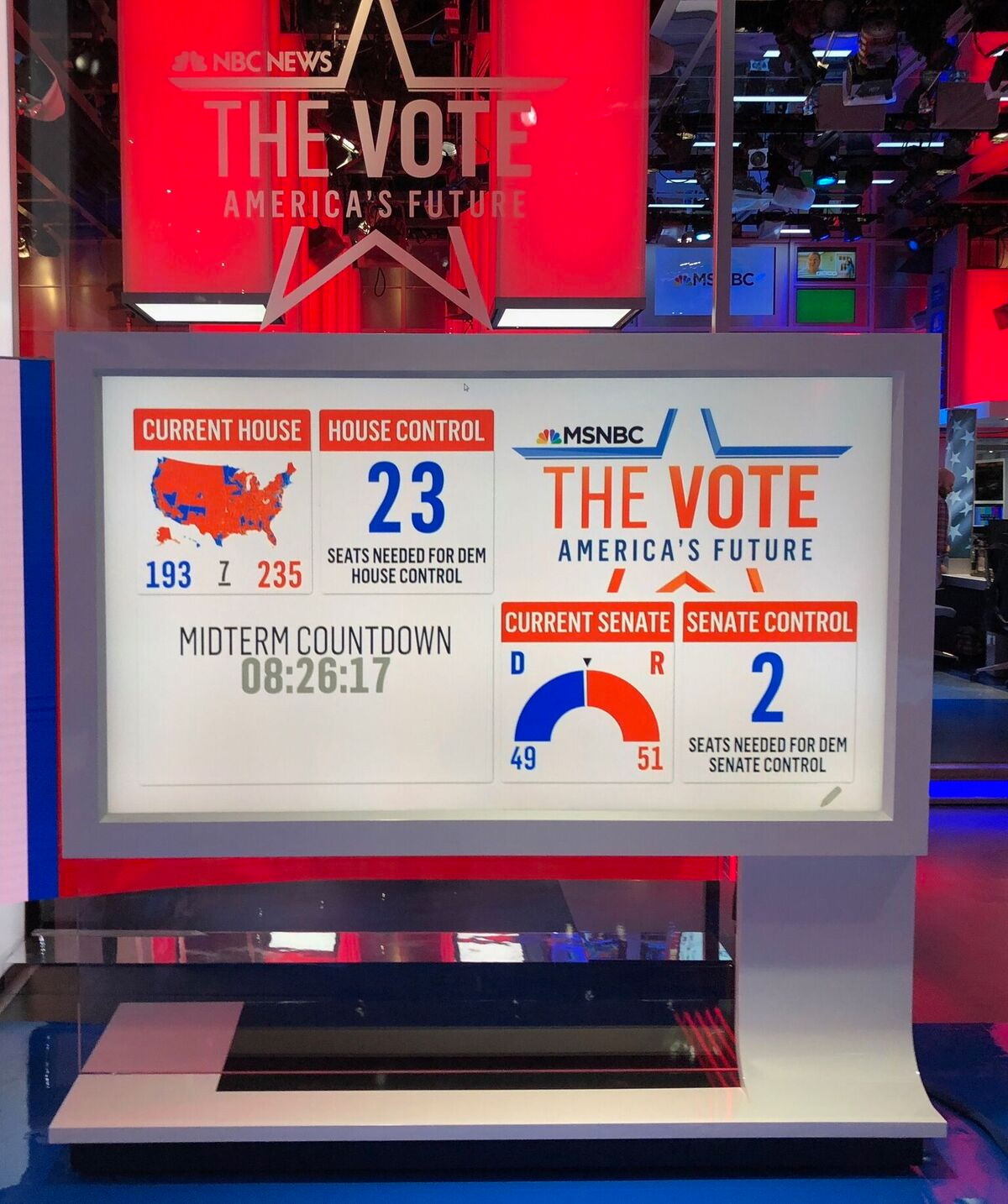 On election night, Kornacki will use the interactive map-board for breaking down the details of key races and polls.

MSNBC's @SteveKornacki's #BigBoard is getting an upgrade — with all sorts of new #DataViz options (1/2) pic.twitter.com/7ZCvhFP2wg

Here are more of @SteveKornacki's options for displaying and breaking down election data (2/2) pic.twitter.com/nBnFUZU7MB

All of this has been built using web technologies such as HTML, CSS, JavaScript and D3, something NBC believes is an industry first.

This allows the visualizations to be used on air as well as embedded on the network’s web properties.

Although the network isn’t offering a full fledged version of the tool to viewers, it is offering what it’s calling a “miniature” version on the NBCNews.com website that lets viewers “flip” districts on the House map to see what’s required to bring the minority party into power or to keep the controlling party in power.