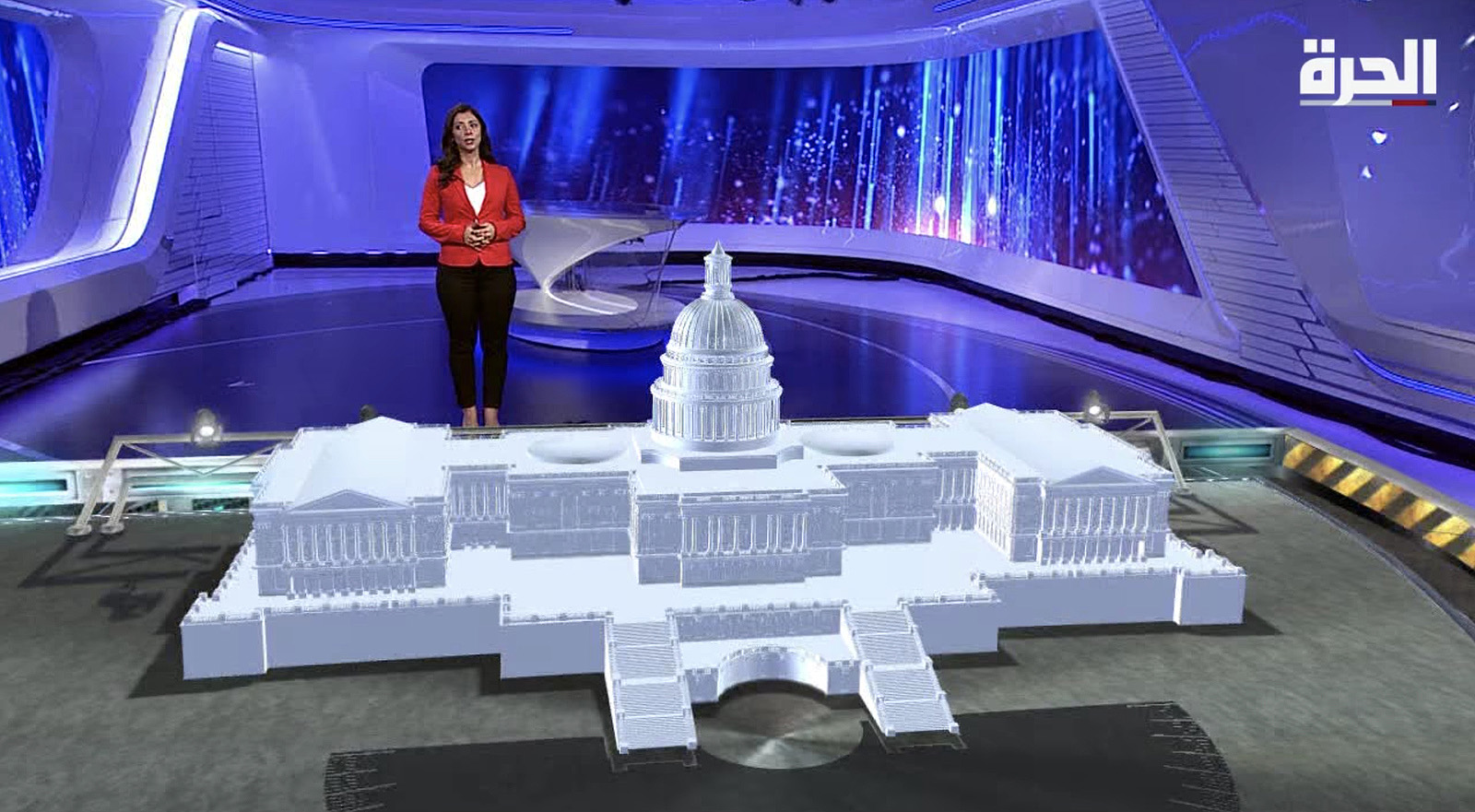 Along with the vast coverage available stateside on traditional broadcast and cable networks, international news organizations also provided hours of programming around the 2018 midterm elections.

Here’s a quick look at how they presented the event for their viewers, which not surprisingly, used many of the same presentation techniques U.S. viewers are accustomed to seeing on election night. 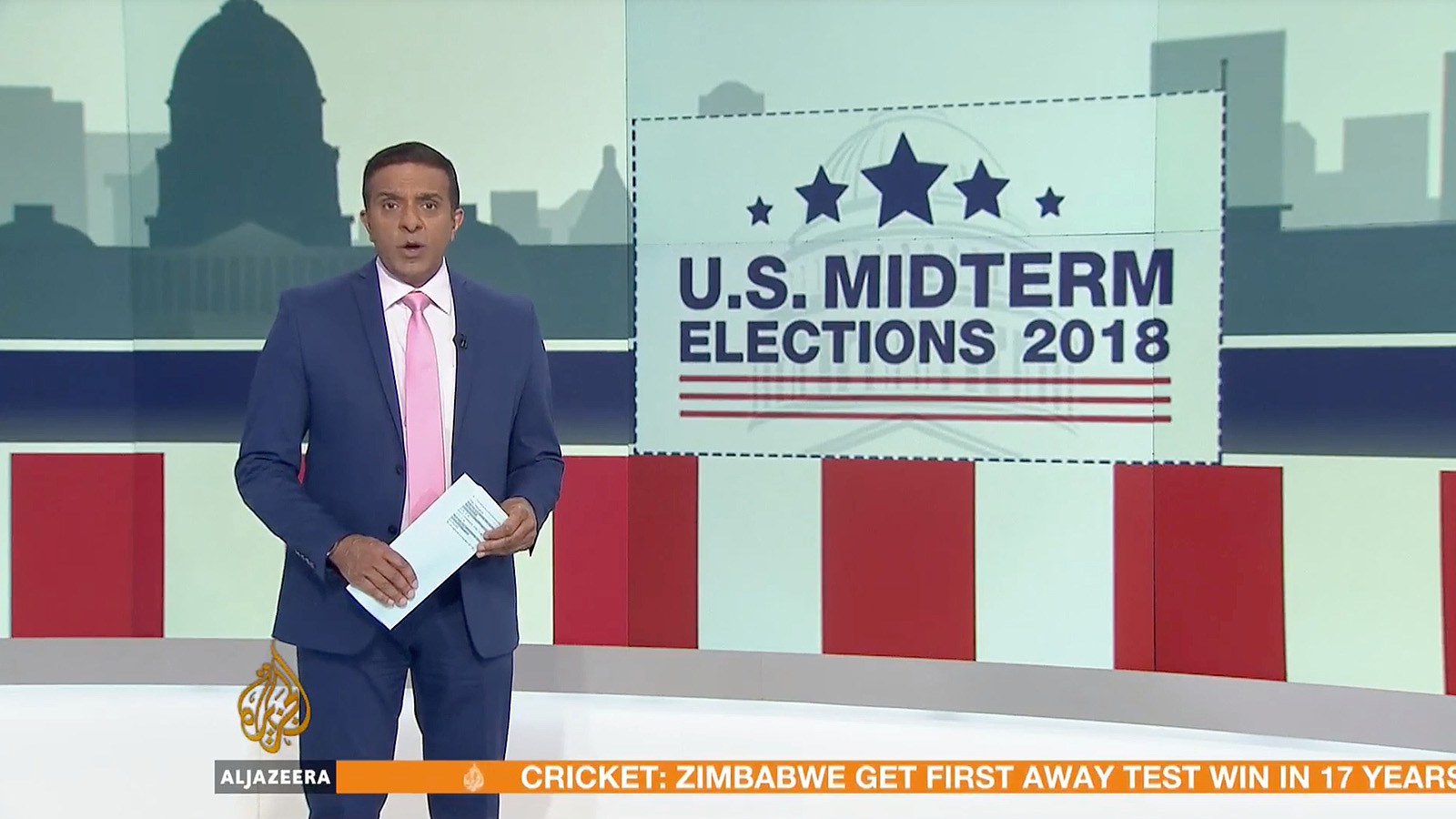 Al Jazeera debuted a new graphics package for its election coverage, mixing a patriotic tone with silhouettes of Washington, D.C. 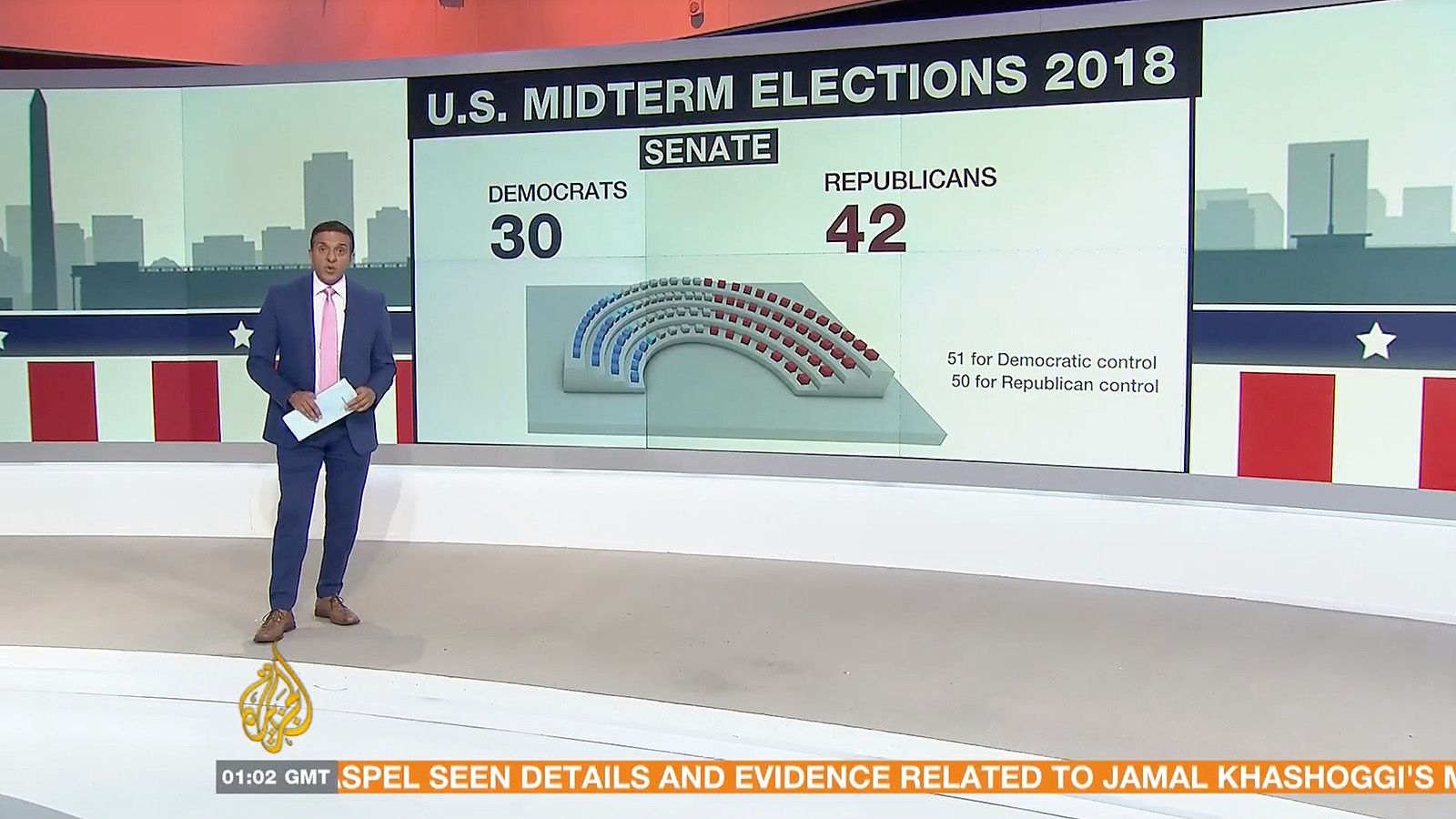 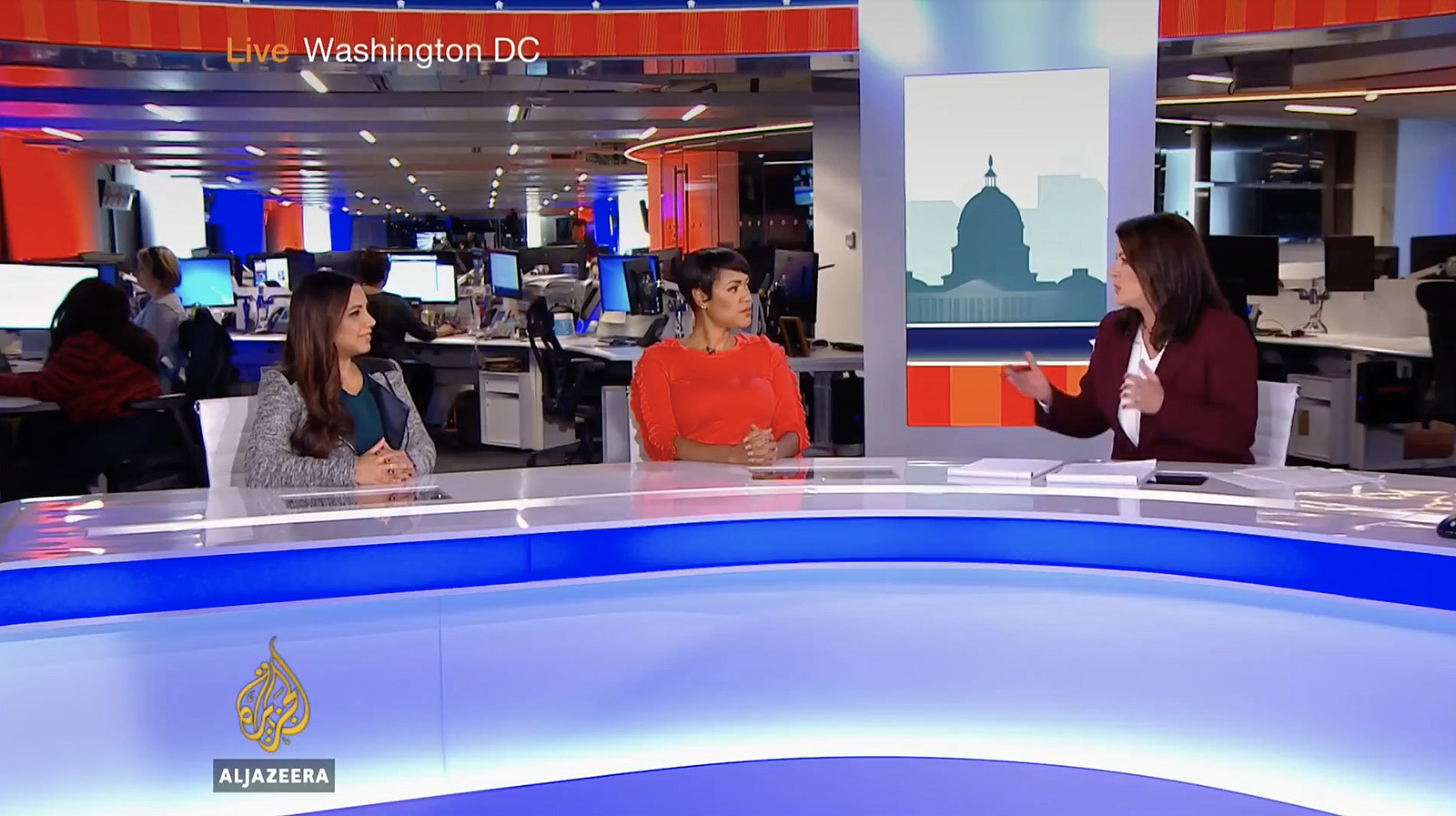 While most of Al Jazeera’s coverage originated in Doha, the network did use its Washington newsroom set for panel discussions throughout Election Day. 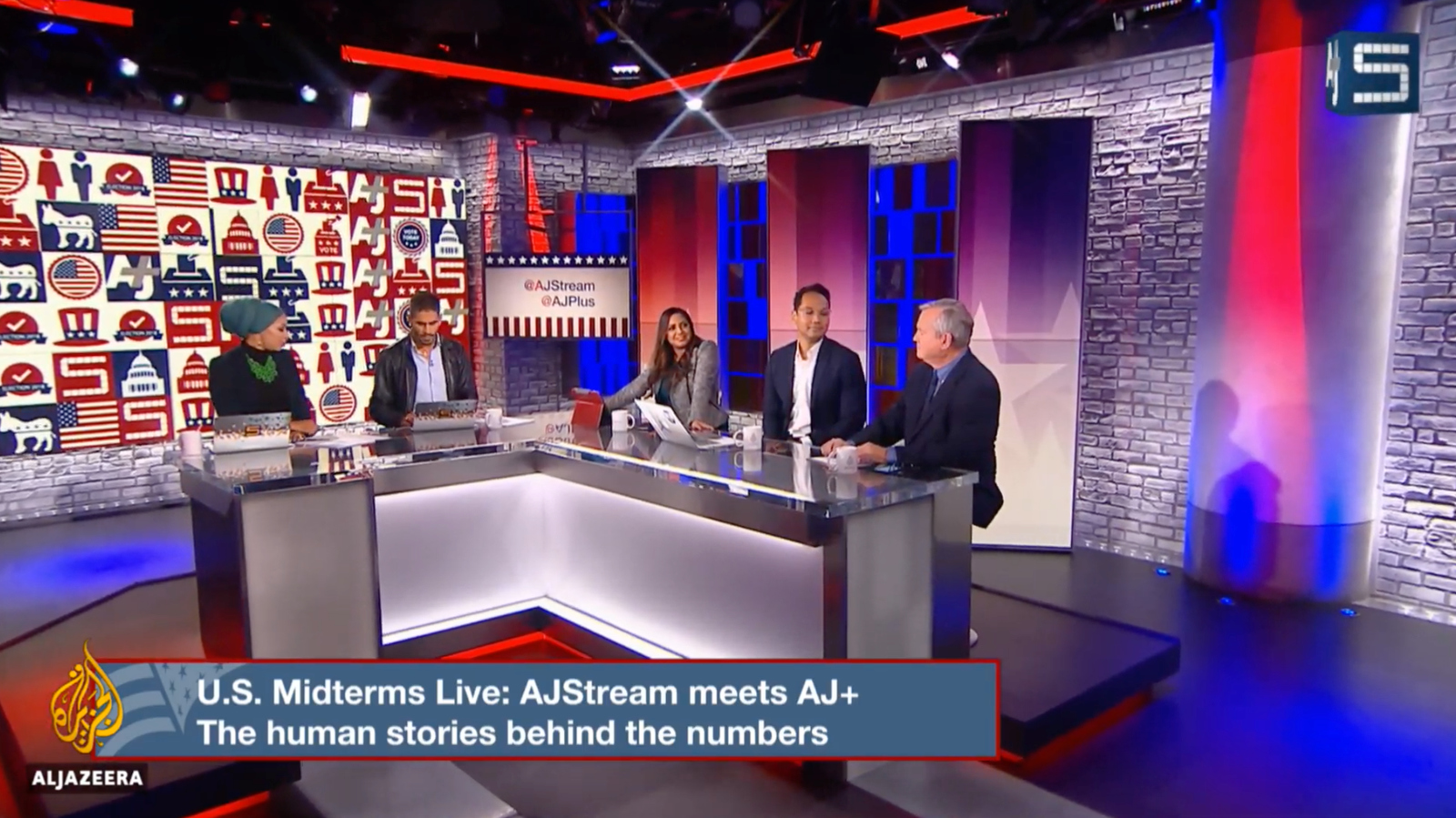