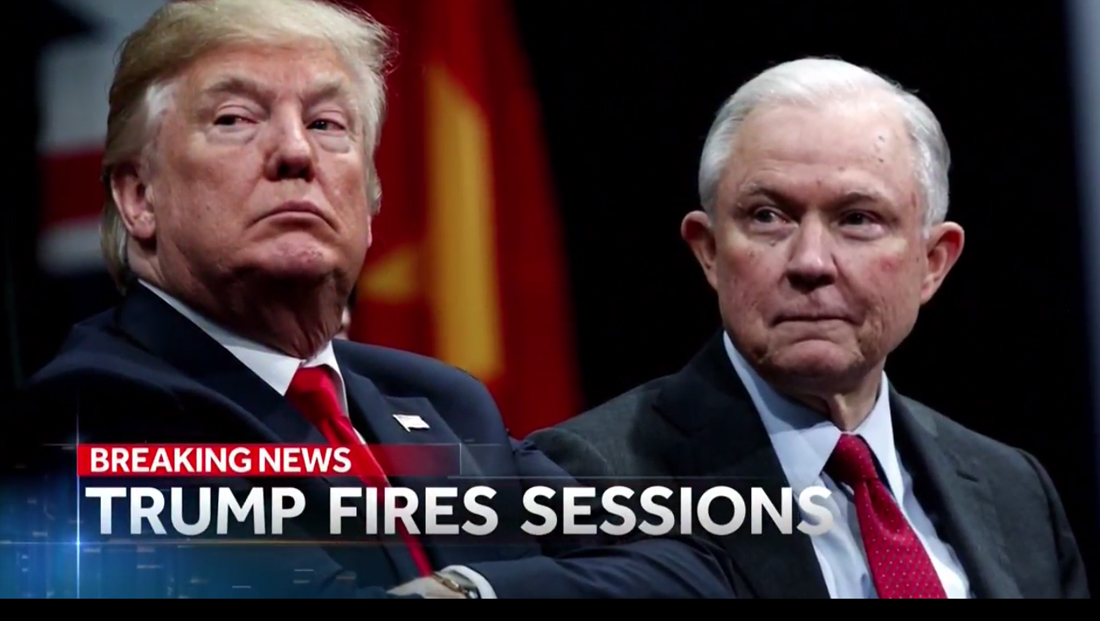 After Attorney General Jeff Sessions was ousted from office Wednesday, Nov. 7, 2018, the network newscasts all lead with the story that evening.

Is 'fired' or 'asked to resign' more accurate? https://t.co/FUwZugFuUl 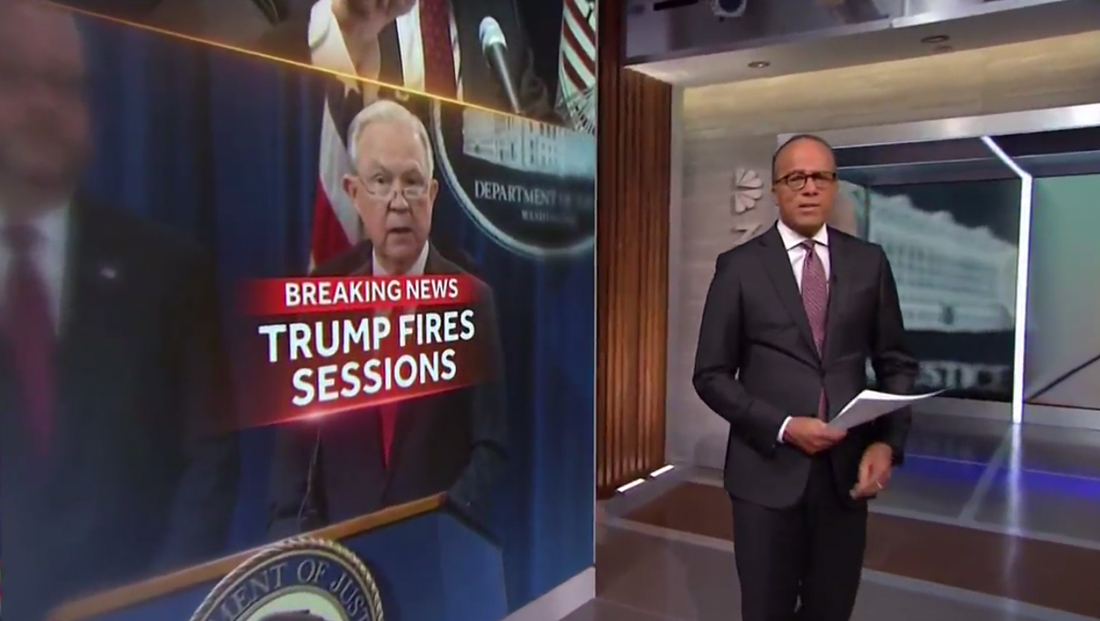 ‘NBC Nightly News‘ opened with the story with anchor Lester Holt in front of the newscast’s video tower along with the ‘breaking news’ label. The graphic behind Holt bluntly stated ‘Trump fires Sessions’ — which could be viewed as exaggerated or inaccurate. 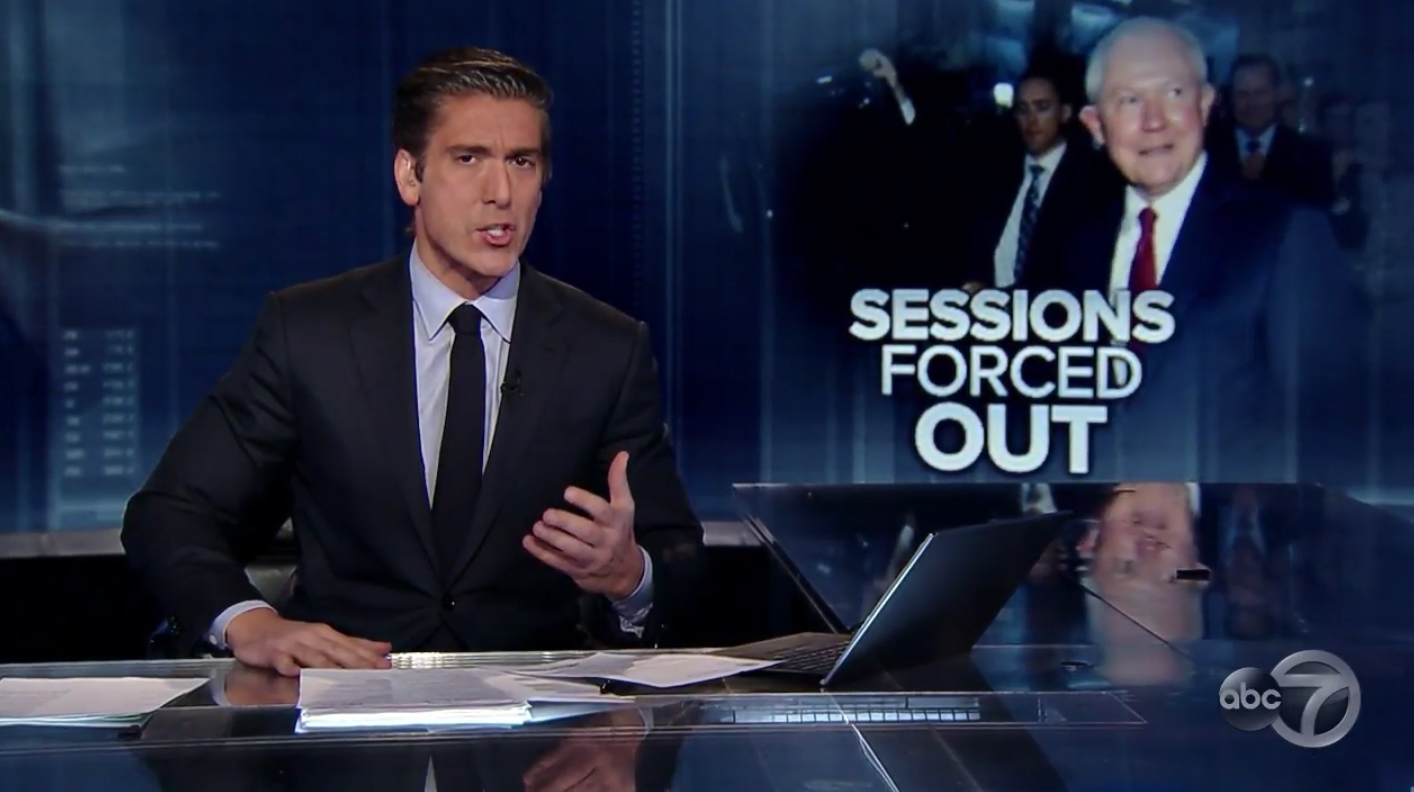 ‘ABC World News Tonight‘ also lead with the story, with anchor David Muir appearing to read from a printed copy of Sessions’ resignation letter he had at the anchor desk. The graphic behind Muir was a bit more cautious than NBC’s use of ‘fired’ — reading ‘Sessions forced out.’ 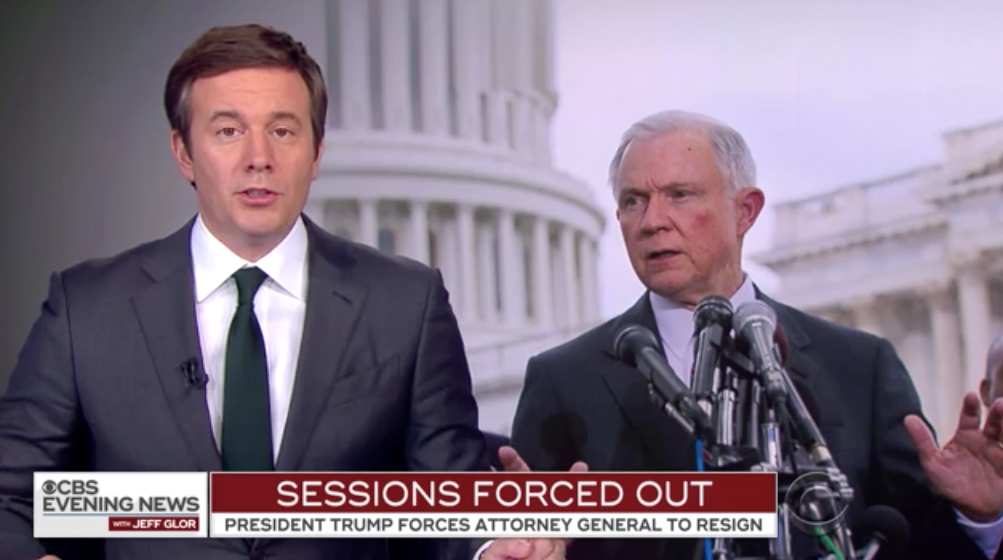 ‘CBS Evening News‘ offered an expanded, hourlong edition Wednesday — with both half hour blocks leading with the Sessions news. At the top of the first half hour, CBS labeled the story — like ABC — as ‘Sessions forced out.’ 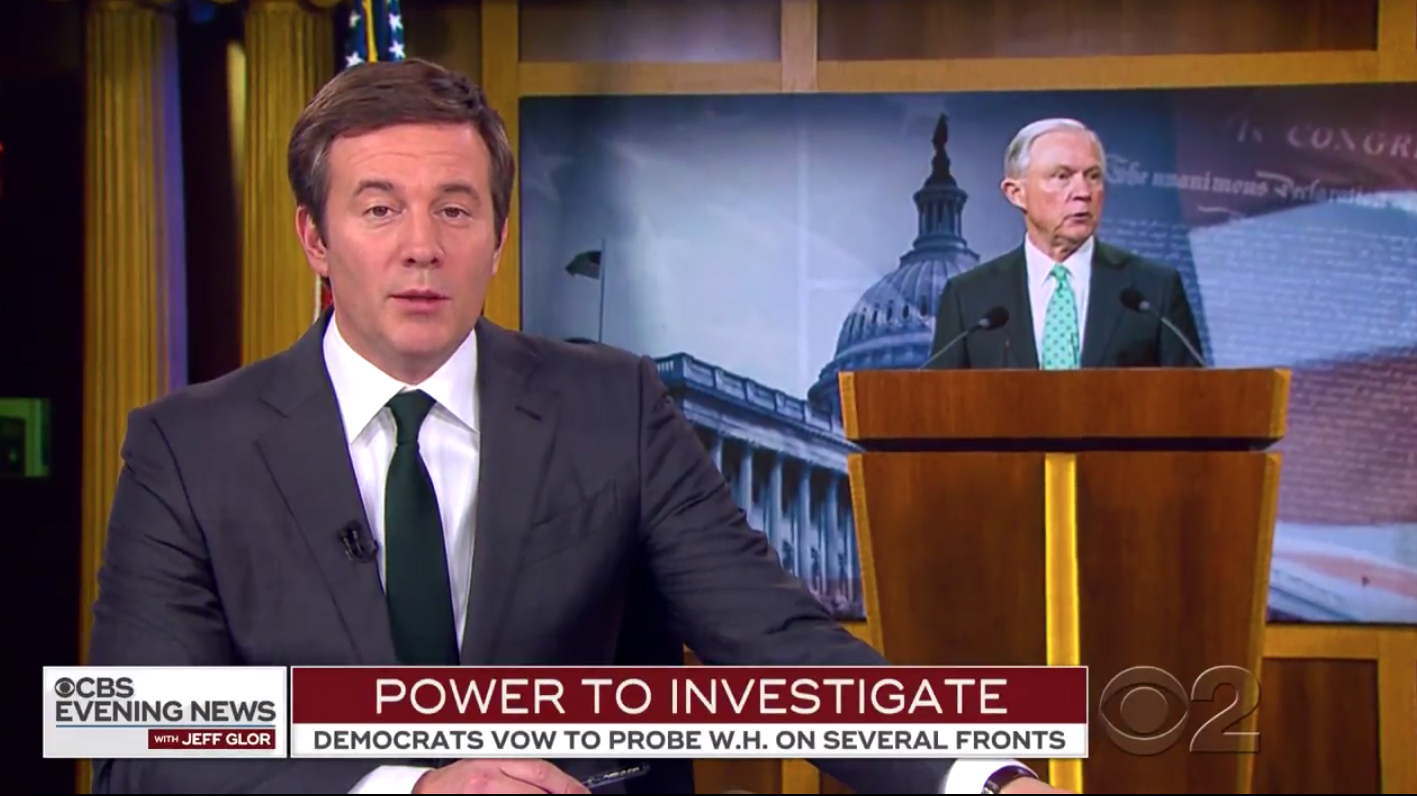 The top of the second half hour, meanwhile, was presented under the ‘power to investigate’ banner. The broadcast led with another package focusing on Sessions, but also covered how House Democrats may start investigating issues within the White House after winning back the majority in that chamber Tuesday.